Young man on a mission 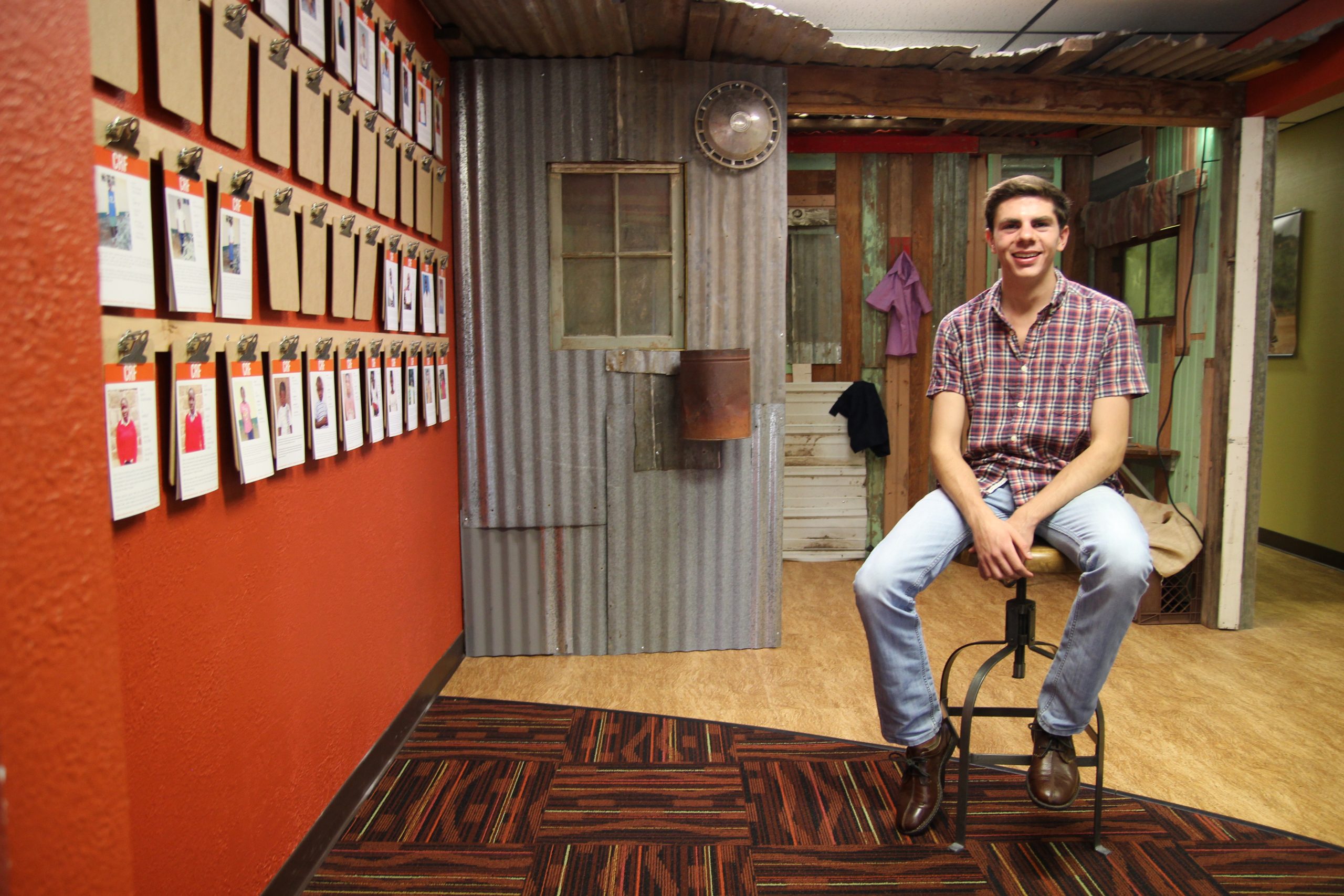 Ben Brinkerhoff went on his first mission trip the summer before his freshman year in high school and, even in the midst of that hot, labor-intensive week in Honduras, realized that, for him, this wasn’t going to be just a one-time thing.

In the six years since, the Auburn University junior has returned to Honduras five more times, thrice as a mission trip participant, once as a team leader and another, this one for 10 weeks, in a program aimed at providing comprehensive, in-depth training for young adults interested in taking their missions experience to the next level.

Brinkerhoff definitely falls into that category.

“I see myself doing mission work, whatever form that might take and wherever it might be,” he says.

It was fitting, then, that the agricultural business and economics major spent summer 2014 in Amarillo, Texas, as an intern with the Christian Relief Fund, a nonprofit organization dedicated to rescuing orphans and vulnerable children from poverty around the world.

“I’ve done ‘in the field’ mission work, so I wanted to see what it looks like on this side of things and learn the business and management side of nonprofits,” he says.

A May 2012 graduate of Auburn High School, Brinkerhoff enrolled in Auburn that fall semester in Spanish–international trade.

“It wasn’t necessarily something I was passionate about,” he says. “I mainly did it just so I could say I had a major.”

During his freshman year, though, he was frequently in Funchess Hall and the Paterson Greenhouses in his part-time job as a student worker with Department of Horticulture associate professor Glenn Fain and soon began rethinking his course of study.

“I enjoyed the work I was doing and all the people I met, and just by being over there [on Ag Hill], I started really liking the whole ‘ag thing,’” he says.

In all honesty, agriculture as a major had never crossed his mind, but the more he thought about it, the more he wondered why not.

“In our country, a lot of people don’t give any thought to agriculture, but in Honduras and, I’m sure, other economically developing countries, it’s hugely important,” Brinkerhoff says. “If you’re not in agriculture in those countries, you’re jobless. And you don’t eat.”

As he explored the degree options the College of Ag offers, he was drawn to ag business and economics by some of the courses required for the degree, such as resource economics. But his major conversion from the College of Liberal Arts’ international trade degree program to agriculture occurred near the end of his freshman year, after he met and talked with Patricia Duffy, professor, researcher and student adviser in the Department of Agricultural Economics and Rural Sociology.

“I found out she joined the Peace Corps when she got out of college, spent two years in Africa and then came back and got her
Ph.D. in ag econ,” Brinkerhoff says. “I decided a degree in ag economics will provide me a good foot in the door when it comes to being missional.”

Missions and ministry are woven into Brinkerhoff’s character. A decade before he
was born, his dad, Jim, was hired as campus minister with the Auburn Church of Christ and the Auburn Christian Student Center on South College for what would be a remarkable 30-year run, so it’s all the younger Brinkerhoff has ever known.

“I lived it and breathed it my whole life,” he says. “For us, campus ministry has always been a family affair.”

His mom, Mary, continues her work as activities coordinator at the Christian student center, but on Dec. 5 of last year—the last day of classes for fall semester 2013—the 56-year-old Jim Brinkerhoff died suddenly. That he had influenced countless lives through his teaching, his sense of humor and his gentle spirit
was evident three days after his death, when more than a thousand people from across the country gathered to celebrate his life.

For the younger Brinkerhoff, spring semester 2014 was, in a word, “transformative.”

“It was definitely a time of growth,” he says. “Growth through suffering.”

He admits he had a difficult time grieving. But on a cold Sunday morning back in February, he came to terms with his tremendous loss in the most amazing way: He delivered to the Auburn church a profound, thought-provoking, heart-changing sermon. It was the last sermon his dad wrote and, in fact, was scheduled to give the second Sunday in December—the same Sunday his memorial service was held.

The dad would have been proud of the son.

“That was tough, but it was something I had to do,” Ben Brinkerhoff says. It gave me closure, and I hope it did that for many others.

Mission work on foreign soil still remains a strong possibility for Brinkerhoff, but his dad’s passing has changed his perspective.

“It changed how I see leaving home,” he says. “I have so much purpose in Auburn.”

College of Agriculture Assistant Professor Joel Cuffey is the co-author of a paper recently published by the American Journal of Health Promotion that looks at preferences toward different methods of COVID-19 testing. The project came at a time when U.S. COVID-19...