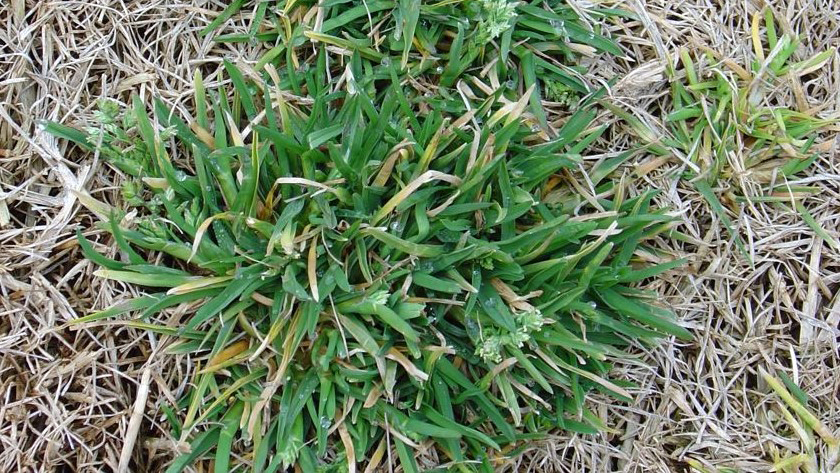 A team of university scientists from across the U.S. is waging a nationwide offensive against a dastardly weed that the turfgrass industry in Alabama and beyond deems Enemy No. 1.

The villain is Poa annua, or annual bluegrass, and Auburn weed scientist Scott McElroy and faculty from 14 other universities are using a $5.7 million grant from USDA’s National Institute of Food and Technology to conduct the four-year project that aims to limit the herbicide-resistant weed’s costly economic impact.

“Poa annua is the most common and troublesome weed for those who manage turfgrass — from golf course superintendents to sod producers to homeowners,” said McElroy, Alumni Professor in the Department of Crop, Soil and Environmental Sciences.

The problem is rooted in the weed’s resistance to the widely used herbicides that once helped control it but that now leave the weed unfazed. Poa annua, in fact, ranks third among all herbicide-resistant weeds globally, with resistance to at least nine different herbicide modes of action.

In the project, the researchers are taking a multifaceted approach to characterize the distribution of herbicide-resistant populations, find weaknesses in the weed’s seed biology and growth characteristics and develop herbicide alternatives and best management practices for Poa annua control. The project’s findings will be disseminated via an extensive outreach and education program to promote the advanced management tools and strategies developed.

McElroy’s role in the project is to help assess the level of herbicide resistance in annual bluegrass populations collected from around the country.

“My lab is trying to determine the physiological and biochemical mechanisms that are causing resistance and to determine if resistant populations are being moved around from one location to another or if they are arising separately,” he said.

Annual bluegrass is characterized by its distinct light-green color and white flower heads and the damage it inflicts on turf quality.

Turfgrass, the most widely grown irrigated crop in the country, is a $100 billion specialty crop industry, with about 50 million acres of managed turf operations nationwide. It is also among the most economically important specialty crops, significantly contributing to local economies and employment opportunities.