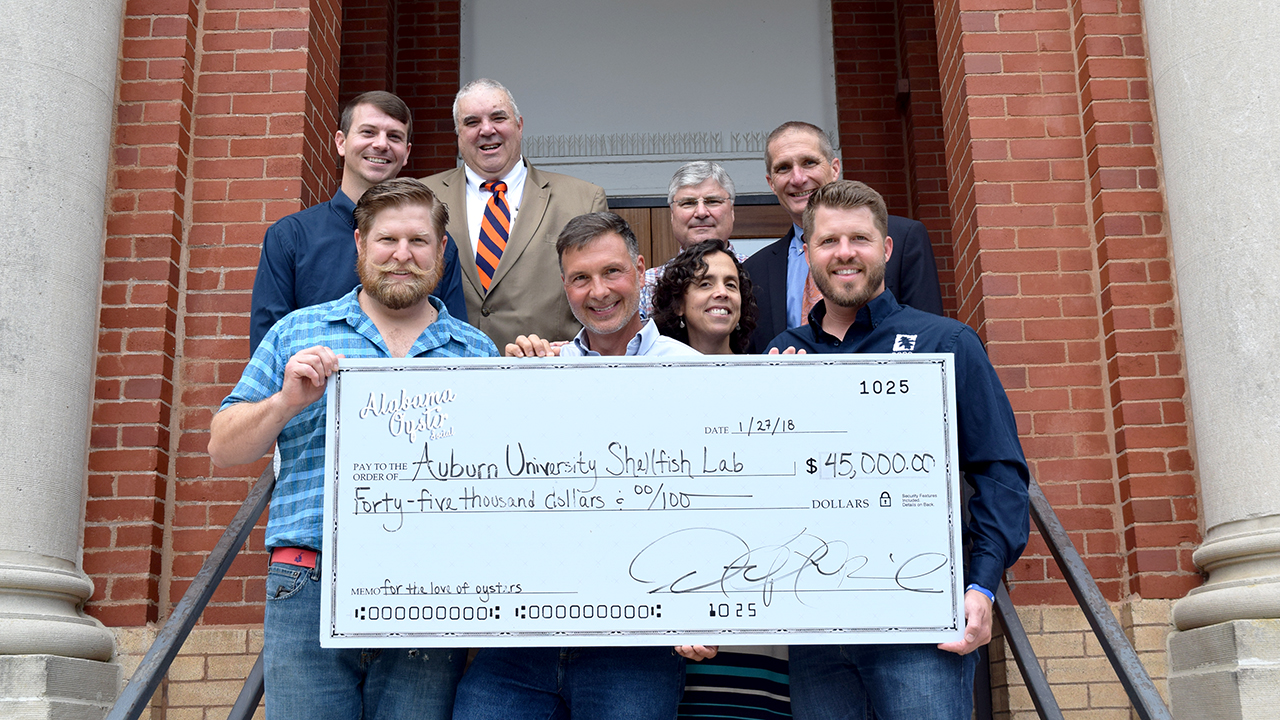 Above, chef Rob McDaniel, front row, left, of SpringHouse in Alexander City and chef and owner David Bancroft, first row, right, of Acre in Auburn, formally presented the gift to College of Agriculture associate professor and extension specialist Bill Walton and wife Beth on the steps of Comer Hall July 30.

The social was the brainchild of Bancroft and his restaurant team and is hosted by top chefs from across Alabama and beyond. Walton, known as “Dr. Oyster” among producers, has been the mover and shaker behind Alabama’s oyster-farming industry, which has grown from zero in 2008 to 17 today.

The 2018 social was the fifth annual and brought the grand total raised at the five events to $120,000, all to fund AU Shellfish Lab research programs and training efforts.

Although this year’s social had been billed as the fifth and final, the popular event will return in 2019, courtesy of the Opelika-Auburn Tourism Bureau, Walton said.