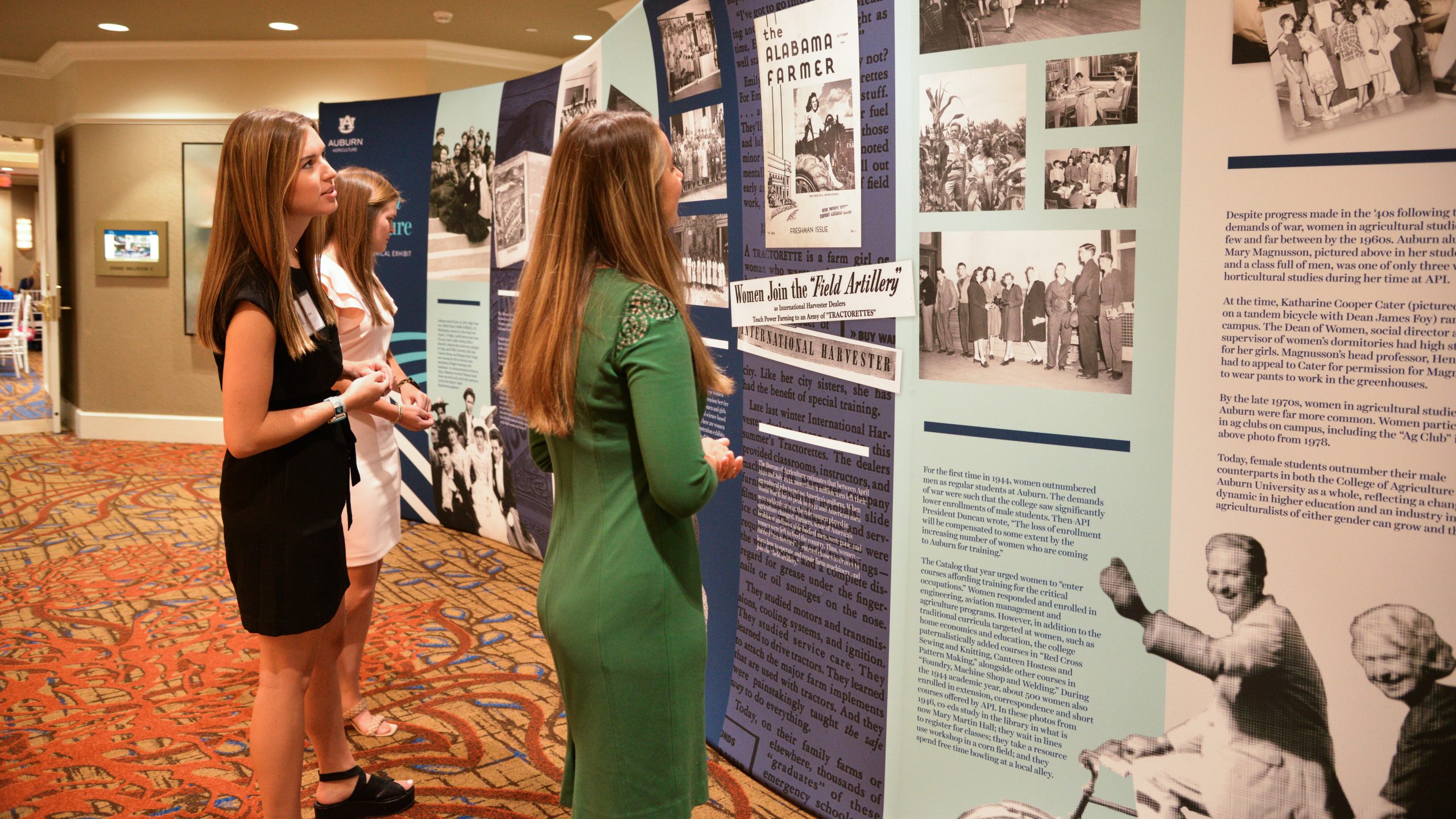 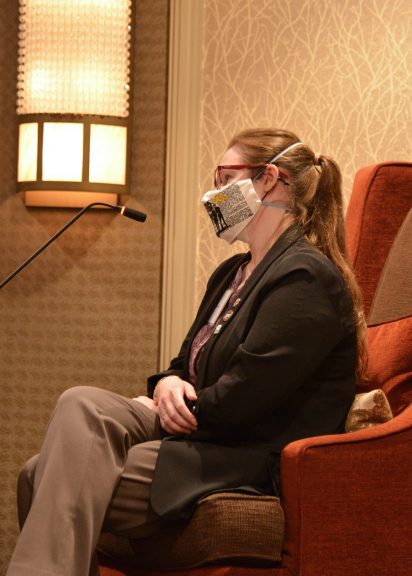 A historian with ties to the Auburn University College of Agriculture gave the keynote lecture at the college’s 2022 Women in Agriculture luncheon on Sept. 28.

The annual luncheon was held at the Hotel at Auburn University and Dixon Conference Center and featured Kathyrn Beasley, who has a Ph.D. in U.S. history from Florida State University. Her research focuses on the Progressive Era, women’s history, social activism and social reform. Her father John Beasley was head of the Department of Crop, Soil and Environmental Sciences at Auburn until last year.

In the historically packed presentation, Beasley begins the luncheon by setting the scene back to 1927.

“Mary Maddox Roberston drove from Northport, Alabama, 23 miles on bad roads at 6 a.m. to the Tuscaloosa Curb Market to sell butter, eggs and farm produce,” Beasley shared. “She did not travel alone – she was accompanied by her young daughters.”

Beasley shared personal anecdotes of the women involved in this ground-breaking transition from homemaking to the marketplace and elaborated on the introduction of women in their local economy. This historical seminar urged the audience reflect on the growth women have had from years past.

Curb markets were introduced in November of 1923 in Gadsden, Alabama, and later grew in other areas of the state. This set the precedent of women’s involvement within the community. They sold hand-produced products such as eggs, butter, baked goods, jams, jellies, preserves and — most successfully — hand-woven baskets. Women would produce these items and sell them themselves at the markets, bringing their profits back home. These seemingly small steps at the time are now seen as an important foundation for women in the agriculture industry.

Throughout Beasley’s speech, she highlighted the history of Alabama home demonstration programing and its influence, which encouraged women into their own agriculture pursuits and economic successes in the industry.

In her research, Beasley found amusing accounts of what women did with their profits. Many paid for clothing for themselves and their children, new home furnishings, kitchen appliances, school tuition — some even purchased cars.

And one woman in Houston County, Alabama, “Paid for an eye exam, purchased glasses for herself, and had her husband’s teeth pulled and a new set made,” Beasley said.

Associate Dean Amy Wright thanked Beasley for her remarks, saying they allowed the women in attendance to look to the past to see the that the home demonstration created new aspects to how women utilized the industries and commodities.

In a question-and-answer session, Wright asked Beasley about anything else from that era that spring-boarded women within the ag industry. Beasley said her research found that once these women participated in home demonstration programing, a considerable number of younger women involved were so inspired that they sought education, so they could be home demonstration agents themselves.

The event included a traveling historical exhibit with images of women in agriculture from the Auburn University Special Collections and Archives. The exhibit is viewable in additional locations. From Sept. 29 to Oct. 2, it will be displayed in Comer Hall at 181 Roosevelt Drive, and on Oct. 3-7, it will be on display in the lobby of the CASIC Building at 559 Devall Drive in Auburn. 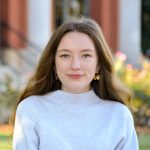 Vanna Dupree is a Snead State Community College graduate and is currently a senior at Auburn University majoring in agriculture communications. She enjoys spending time with loved ones and collecting vinyl records. She hopes to one day play an active role in the agriculture industry.