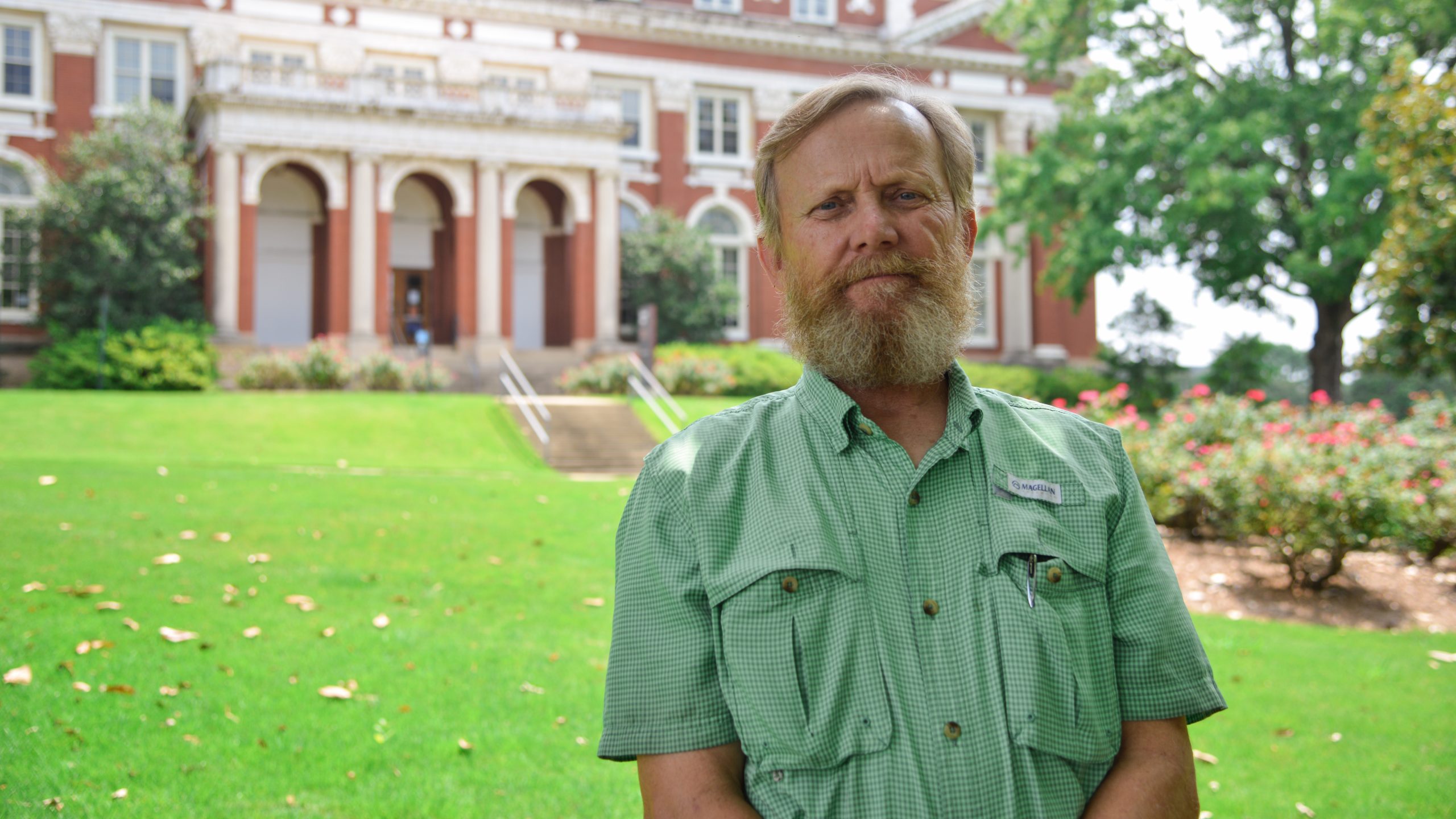 Wheeler Foshee, associate professor in the Department of Horticulture at Auburn University, was recently recognized by the North American Colleges and Teachers of Agriculture (NACTA) with the annual Educator Award.

This national award recognizes those individuals whose efforts represent the very best in agricultural higher education. The NACTA Educator Award, previously called the NACTA Teacher Fellow Award, is a criterion-based award that requires a substantial packet submission with support letters and is reviewed by a committee of NACTA members.

“It’s very humbling to get such an award for teaching, which is something I really, truly love,” Foshee said. “That’s what I got my Ph.D. in and what I really do just love to do. I am deeply honored.”

Foshee also received a College of Agriculture teaching award this year based upon student submissions, according to Horticulture Department Head Desmond Layne.

“Dr. Foshee is a humble, passionate, knowledgeable, and warm-hearted teacher who connects easily with students,” Layne said. “His wisdom and experience shine as he clearly brings agricultural topics to life for them through personal anecdotes and real-life stories. He knows Alabama, knows farming and knows how to help students ‘connect the dots’ because of his own life experience as farmer, extension agent, researcher and teaching professor.”

Foshee has served in his current position for 17 years. Before coming to the Horticulture Department, he worked as an extension specialist for 12 years in the Entomology Department at Auburn’s College of Agriculture. He began his teaching career in that department in 1998.

“I really feel it’s a calling that I was made to do this and specifically to help college students in the College of Agriculture,” Foshee said. “That’s where I want to teach. I was a student in this college before I was able to teach in it, and I just love helping Auburn students. I love helping them find jobs, careers, and I love opening their eyes to horticulture and agriculture.”

Foshee conducts production and integrated pest management research in vegetables and pecans, has published over 40 peer-reviewed journal articles and has served as a major professor for several graduate students in the Department of Horticulture. He also serves as the coordinator for the Agricultural Science undergraduate program.

While Foshee has had highly productive research and extension programs, his greatest passion is evident in the classroom where he relates his past experiences to his students.

“His desire to engage and mentor students goes beyond the classroom and their time as a student,” Layne added. “Many call on him years later for advice as they navigate career and life decisions. His genuineness and care are unmistakable and invaluable. Many a student has said ‘He’s the best professor I have ever had at Auburn.’”