The tools for fighting cancer: how gardening has become a wellness practice 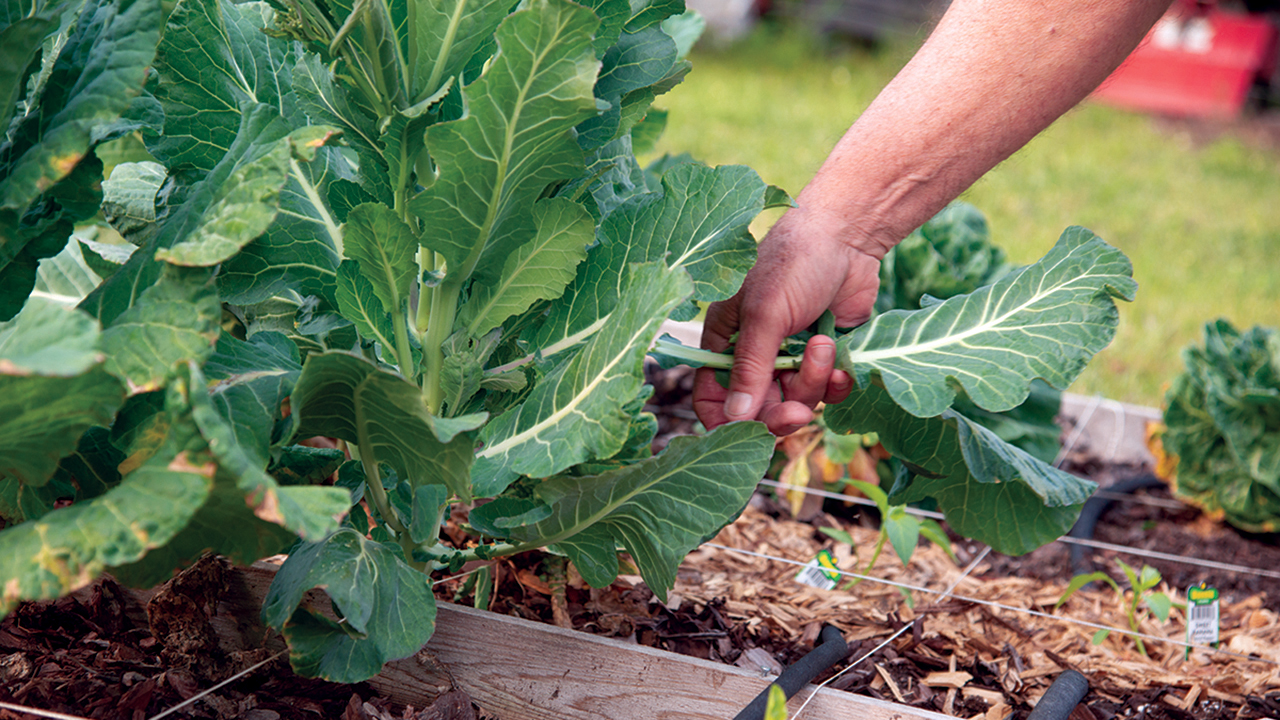 Debbie Murphy doesn’t consider herself a farmer. An accountant for Auburn University Facilities Management by day, she spends evenings and weekends maintaining her private home orchard, along with a 60-by-60-foot vegetable garden, bee colonies and backyard laying hens.

Gardening and growing her own food has been a passion for Murphy her entire adult life, and the reasons are personal.

“Both my parents had heart attacks and strokes, and my mother had breast cancer,” she said. “She died very young from it. It was a lifestyle that I changed very quickly when I left home because I saw what it had done to my parents.”

In spring 2018, Murphy joined more than 500 home gardeners around Alabama to share her lifestyle and habits with others who are experiencing paths similar to that of her parents.

The program, a research study called Harvest for Health, was initiated in 2011 with 12 cancer survivors and 14 gardening mentors. By 2021, the study will have involved more than 500 survivors from all parts of the state, thanks to grants from the National Institutes of Health and the Community Foundation of Greater Birmingham.

Each participant in Harvest for Health is a part of the study for two years, during which they are monitored for the cancer-fighting effects of increased physical activity, lower stress levels and increased consumption of fresh vegetables.

Initiated and administered by University of Alabama at Birmingham nutrition sciences professor and chair Wendy Demark-Wahnefried, Harvest for Health involves the Alabama Cooperative Extension System at Auburn, particularly its Alabama Master Gardeners program, a network of more than 1,700 gardeners throughout the state.

SHARING GOOD HEALTH
Since spring 2018, Murphy has mentored two cancer survivors, Ken and Betty McClung. In 2008, Ken had a kidney removed after doctors discovered a malignant tumor. Since 2014, more have been discovered and removed from his remaining kidney. Meanwhile, Betty has battled chronic lymphocytic leukemia.

Even so, the McClungs are both active. On any given day, you’ll find Ken, who is retired, toiling away in their backyard gardens.

“He likes to play,” Betty said with a laugh.

But Betty, who still works, is out there with him as much as possible.

Their country backyard boasts as its centerpiece two parallel 8-by-4-foot vegetable gardens flanked on one end by Betty’s herb garden.

Harvest for Health supplies each survivor participant with $500 worth of gardening tools and supplies, including materials for a raised-bed or patio vegetable garden. Once the garden is installed, mentors like Murphy check in on their survivors monthly to monitor the progress of their gardens and to offer any helpful tips or advice. They also help with seasonal transitions and transforming their summer gardens into fall gardens and fall gardens into winter ones.

Ken, who does most of the McClungs’ cooking, said gardening has influenced his meal planning.

“I started cooking more based on what is available in the garden,” he said. “We’re eating more vegetables than we used to.”

Betty added that she feels better by simply getting outside more.

“I started weeding more because I realized that getting outside, I feel much better,” she said. “[Ken] used to do all the yard work. Well, you’ll see that I’ve started working out there too.”

But she doesn’t simply feel better. The results are showing in hers and Ken’s health stats, as well.

MEASURED IMPROVEMENTS
Each year, first-time Harvest for Health participants complete an in-depth survey and a battery of tests to measure their current habits, physical fitness and general health. The tests, which include blood and stool samples as well as a series of physical exercises, are repeated a year later and then again at the conclusion of the participants’ two-year involvement.

Through the tests, Demark-Wahnefried and her team are looking not only for increased physical abilities, lower cholesterol levels and decreased inflammation, all of which lead to healthier cells and stronger immune systems. They also are looking for a variety of enzymes, microorganisms and hormones associated with healthy or unhealthy eating and lifestyle habits.

For example, lower levels of the enzyme telomerase indicate a slower aging process. Lower levels of cortisol signal less day-to-day stress, a common contributor to inflammation and several cancers. And increased levels of carotenoids, the colorful pigments our bodies convert into vitamin A, indicate higher rates of vegetable consumption, which also can mean more cancer-fighting antioxidants and other nutrients.

So far, nine years in, the results Demark-Wahnefried has seen are overwhelmingly clear: Gardening is good. It’s a wellness practice. It touches every aspect of human health — physical, nutritional and mental.

FINDING PEACE
This is why most cancer survivors with Harvest for Health continue gardening even after their mentors are no longer checking in. By design, gardening mentors stop their monthly check-ins after 12 months. A year later, about 85 percent of survivors say they have continued their new habits, and their test results confirm it.

Kerry Smith, state Master Gardeners program coordinator for Alabama extension, said that many among that 85 percent have surprised themselves.

“We’ve had people saying, ‘This helps me relax. I didn’t think it would,’ or ‘I didn’t think I’d like this so much. I’m doing it because my doctor said it would be good for me, and here I am 12 months later and I love it.’

Harvest for Health mentor Terry Hay, of Anniston, said the survivor he worked with not only continued gardening but installed two more raised beds at her own expense. He thinks that, for her and others, the leading reason to continue is for the mental release that gardening affords.

“Gardening is very calming,” he said. “It’s something you can focus on. It’s a way to take your mind off of problems and troubles. I don’t know if that’s necessary for most people, but many people I’ve known could use a little calming.”

That’s the reason Hay, now retired, has gardened his entire life, even throughout his busy career as an FBI agent and attorney.

These mental health benefits of gardening are no surprise to Ford Dyke, a clinical assistant professor in Auburn’s School of Kinesiology. His research focuses on green spaces such as parks, forests and gardens and their positive effects on human health.

One’s simple presence in these calm, natural settings, he said, has a way of automatically lowering cortisol while increasing stress-reducing hormones like dopamine, serotonin, norepinephrine and others.

But the green environment isn’t all that’s at play for gardeners and stress reduction, Dyke said. Gardeners also have a way of achieving present-moment awareness, or flow state.

“Gardeners can be totally immersed, totally locked into the moment,” he said. “That’s also related to mindfulness,” a mental state achieved through practices such as yoga or meditation.

While we all need some cortisol to function in life, Dyke said, we also must have a rinse cycle, which comes from practices such as present-moment awareness, physical activity and sleep. Otherwise, our immune systems are weakened, and our cells ultimately are incapable of fighting off diseases such as cancer.

While extension’s Smith isn’t a health or fitness expert, she had suspected these types of health benefits for gardeners years ago, long before Harvest for Health came to be.

“I had a gut feeling about it,” she said. “If you’re gardening, you have to be busy. You’re bending, you’re stooping, you’re stretching, you’re using muscles you wouldn’t normally use in other activities.

“Maybe for some people, gardening doesn’t get much credit. It’s just a hobby. You’re just growing flowers. Well, there’s a lot more to it than that, and not just that vegetable gardening rewards you with a harvest that you can eat. Gardening really is good for you, and I think it’s rewarding to see this research prove it.”

Josh Woods has served as director of the communications and marketing for Auburn University’s College of Agriculture since 2013. He holds bachelor’s and master’s degrees in English and aspires to one day have a clean office.