The Auburn bond is more secure than glue: ’52 alumni recount lifelong friendships made at Auburn 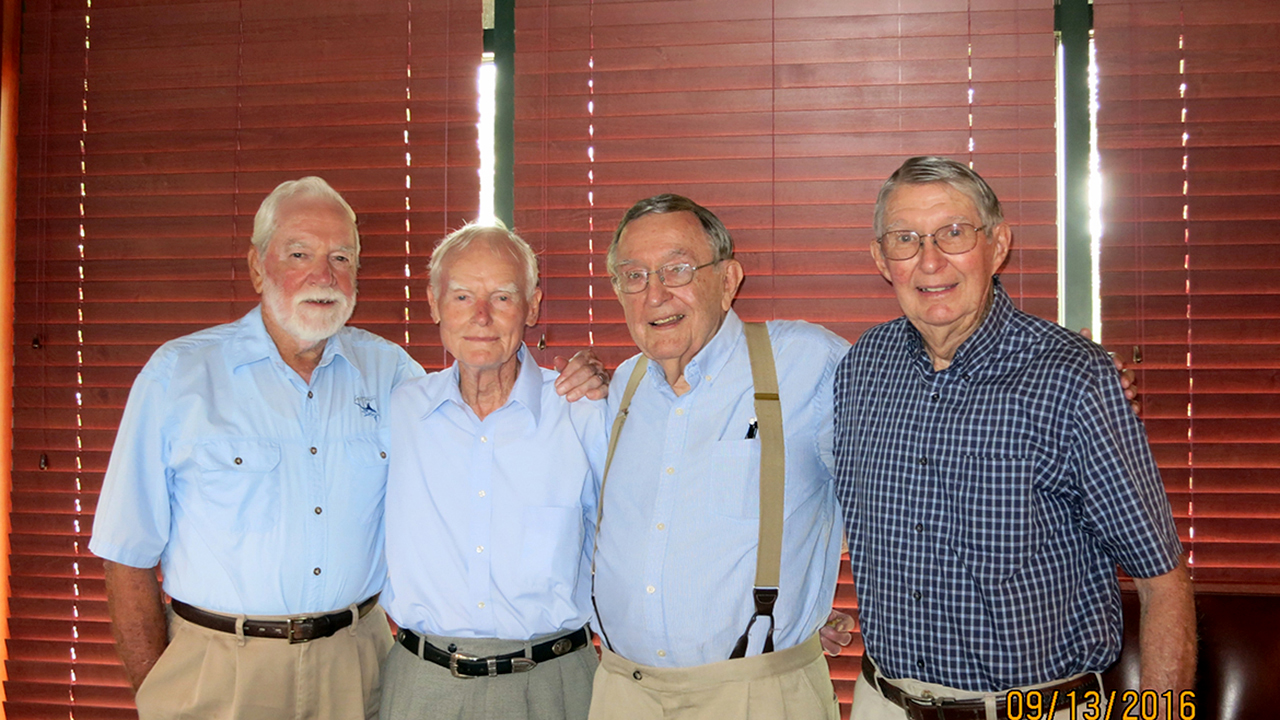 In the fall of 1948, four young boys, John E. Horne (BS ag education ’52) of Alabaster,  Harry W. Houston (BS animal husbandry ’52) of Hartselle, Hanchey E. “Mickey” Logue (BS journalism ’52) of Auburn and Ralph J. Ballew (BS animal husbandry ’52) of Horton, enrolled in Alabama Polytechnic Institute in Auburn. Three studied agriculture and one, journalism. The Korean War was in full swing at this time, and the four met and became friends in basic Army ROTC classes. After their second year, they continued advanced ROTC and were all enrolled in the armor, or tank, division of training.

The summer between their junior and senior years, they attended basic training at Fort Knox, Kentucky. Only one of the four owned an automobile, and they traveled together to Fort Knox for the training. On graduation day in the spring of 1952, they went through the swearing in ceremony in the U.S. Army and received their second-lieutenant bars before receiving their college diplomas.

In August 1952, they reported for duty at Fort Knox, again traveling together in the same auto. They and fellow members of their ROTC class at API attended the same basic Armor School before being assigned to different units. After service, the four took different career paths but always remained in touch. They and families met a time or two at the annual Ag Hill retreat in Auburn and at other times in different areas of the state. Their last meeting was held in Alabaster in September 2016. Their lifelong friendship was marred in March 2017, when Houston died of congestive heart failure.