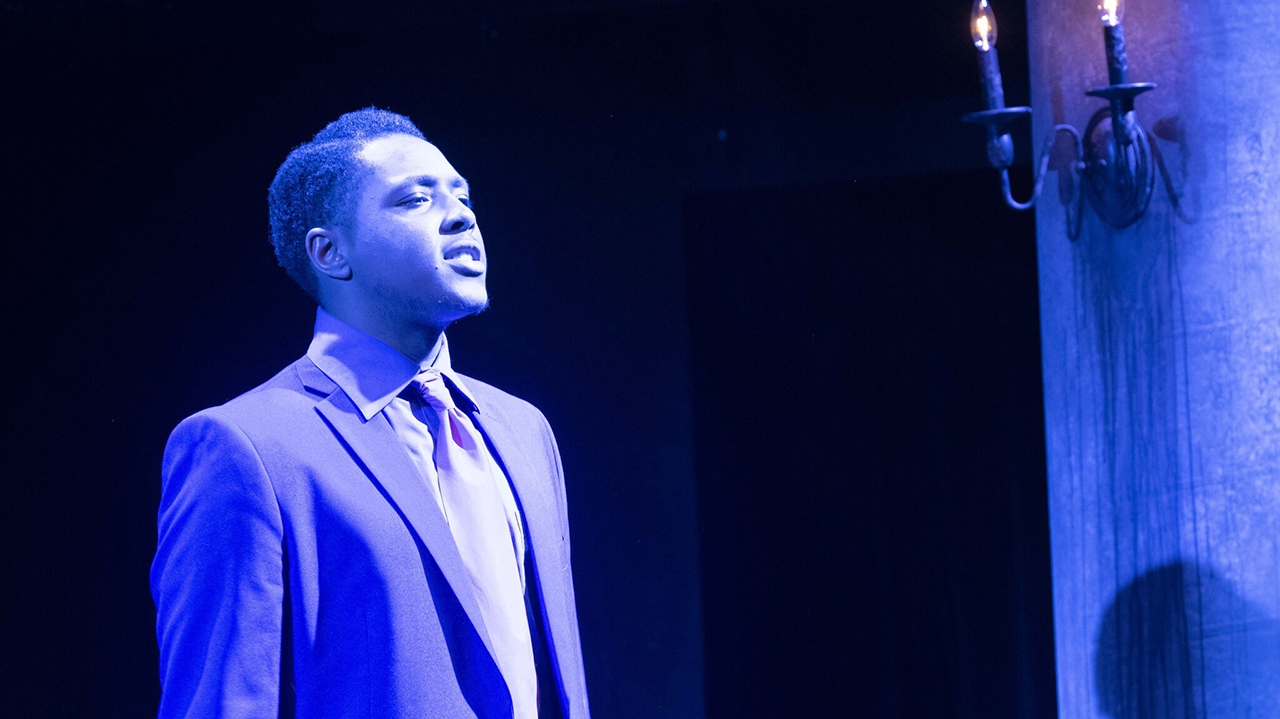 At first glance, most people probably wouldn’t think agricultural communications and theatre have anything in common. But Zac Moss, an Auburn University junior from Huntsville who is majoring in both fields, says otherwise.

“My majors seem very unique from each other, but they actually work well together,” Moss said. “Both majors require excellent communication skills and the ability to speak to people you don’t know personally.”

Moss’ love of agriculture began as a child when he visited his grandparents’ farm in Holt, Alabama.

“During the summer I would stay with my grandparents for a few weeks and help my granddad with his farm animals,” Moss said. “He was getting older so I would help him feed chickens, collect eggs, feed the pigs and other things like that.”

By the time Moss was a senior in high school, he realized he could see himself studying agriculture in college, but he also had another passion: theatre.

“My interest in theatre began after I had to quit the football team in high school,” Moss said. “I started doing theatre because I took a theatre class and won first place at the state competition that year.”

After that success, Moss decided to stick with theatre, and before long he fell in love with it.

“When I was getting ready to go to college, my dad told me I needed to make a decision on whether I wanted to pursue an agricultural communications or a theatre degree, and I said, ‘Why not both?’”

Moss has found success in both of his majors. He’s had roles in numerous Auburn University Theatre plays, and he recently completed a summer internship with the Alabama Cooperative Extension System.

During the internship, Moss learned about how pharmaceuticals and personal care products, particularly birth control pills, affect the environment.

“When people take birth control pills and then use the restroom, the estrogen particles from the pills are so small that it’s hard to extract them from the water, and it eventually ends up in our rivers and back into our drinking water,” Moss said.

Moss said the estrogen levels in the Tennessee River are feminizing some male fish, and therefore reproduction rates are lower.

“I am so grateful for that internship because I learned about how to help prevent these pharmaceuticals from entering the environment, which is something I didn’t know anything about beforehand,” Moss said. “Working with the SerPIE program made me feel very passionate about the environment and how to help save it.”

Once Moss arrived back on campus for the fall semester, he was back to work in theatre. He played his biggest role to date in “Eurydice,” which debuted in September. In all, Moss has performed in six plays at Auburn.

“I love being able to go up on stage and express myself.” Moss said. “It’s a feeling of euphoria and gratitude.”

As for after graduation, Moss said he would love to continue acting, but he keeps his expectations reasonable.

“I would love to be able to act in Atlanta,” Moss said. “Hopefully I can do that, but not every dream can become possible, which is fine because I also have ag communications.”

Moss plans to use his agricultural communications degree to become a public relations and marketing specialist. “My dream is to move to Atlanta and work for Coca-Cola, but at some point in my life I would like to go back to work for Extension and continue to work with environmental issues,” he said.

One thing is for sure: Moss didn’t choose the road most traveled when deciding to double major, but he has no regrets.

“I knew going into it that two majors would be difficult to manage, but I told myself, ‘If there’s a will, there’s a way,’ and I’ve loved every second of it.”