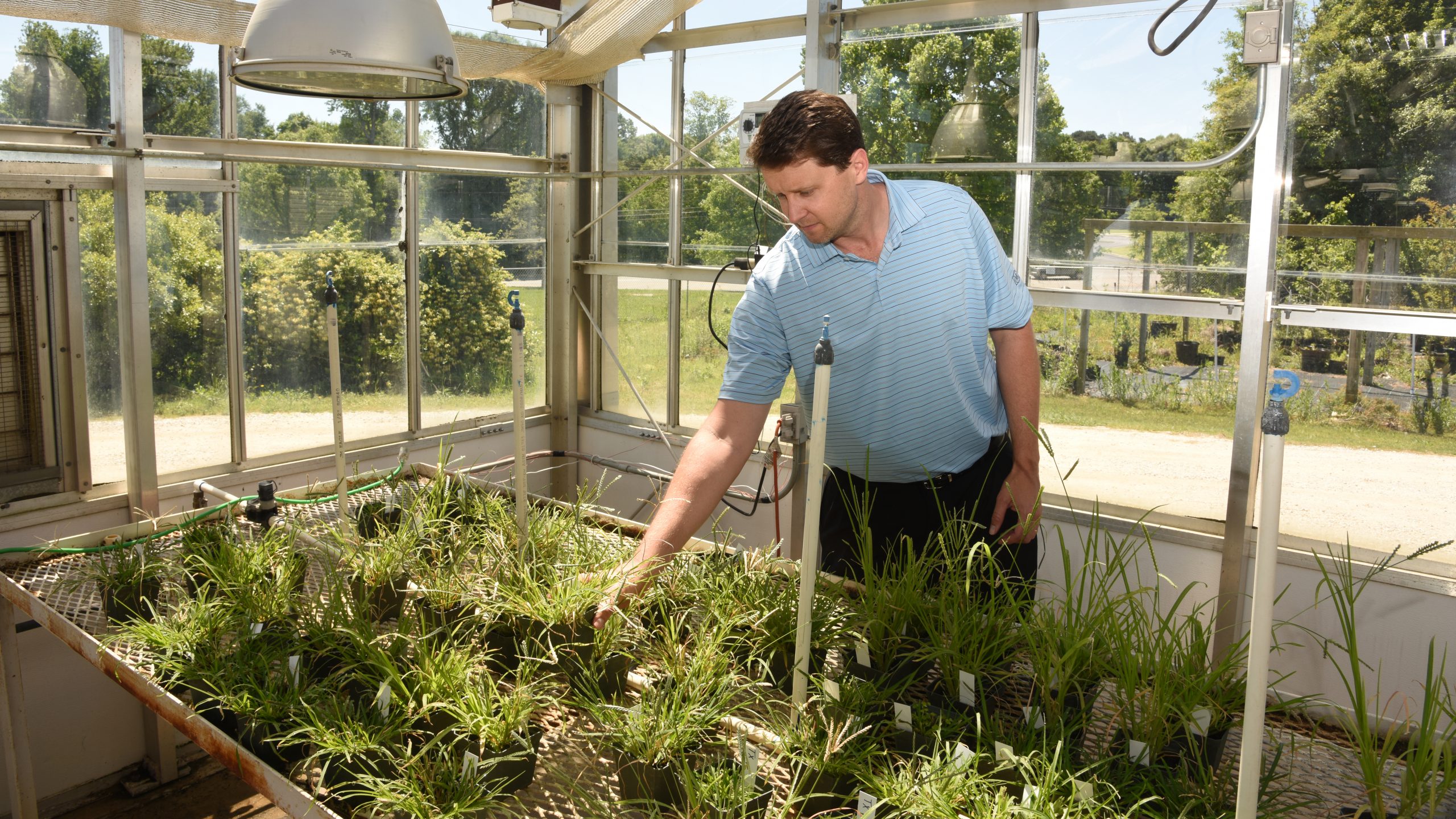 An Auburn University professor and researcher is one of the founding members of an international group of scientists and industry professionals that has launched an ambitious new project aimed at improved understanding of the most intractable species of weeds in the world.

The $3 million consortium is supported by $1.5 million in industry sponsorships and matching funds from the Foundation for Food & Agriculture Research (FFAR), a research and funding organization established by the U.S. Department of Agriculture.

Scott McElroy, alumni professor in the College of Agriculture’s Crop, Soil and Environmental Sciences Department, is a founding member of the IWGC, serves on the IWGC’s executive committee and was the initial developer of the group’s website. His research focuses on weed genomics and identification of herbicide resistance mechanisms and the evaluation of herbicides for use in turfgrass management.

The goal of the consortium is to sequence genomes of weeds. Without this information, it is extremely difficult to study herbicide resistance, ecology and the evolution of weed species.

Large-scale weed control is usually accomplished by spraying herbicides, but weeds can adapt and evolve resistance to such treatments. Herbicides becoming less effective costs farmers billions of dollars, forcing increased use of unsustainable practices like soil tillage or even larger quantities of herbicides. In addition, there is a clear need to make herbicides more environmentally friendly and develop plants with fortified genetics that suffer less from emerging weed species.

By applying tools from genomics and molecular biology to advance weed science, that stress tolerance could possibly be applied to crops, and traditional management strategies could be reduced or retired. Genomic information also aids in investigation of herbicide resistance mechanisms.

The consortium is now finalizing a list of 10 weed species for which they will sequence complete genomes within three years. Among them are annual ryegrass (Lolium rigidum), which is especially problematic in Mediterranean climates like southern Australia, southern Europe and California; and tall fleabane (Conyza sumatrensis), which poses major issues in South America.

McElroy, along with his colleague Alex Harkess — assistant professor and faculty investigator, Hudson Alpha Institute of Biotechnology in Huntsville — will be assembling the genomes of yellow (Cyperus esculentus) and purple nutsedge (Cyperus rotundus).

“Palmer amaranth, common ragweed, annual ryegrass and goosegrass have evolved resistance to Roundup (glyphosate) in Alabama, along with other herbicides,” McElroy said.

“Amaranth (pigweed) and ragweed (Ambrosia) species will be the species sequenced most relevant to Alabama, he said. “These are some of the most common weed species in Alabama agriculture. From north to south, from east to west, they are a problem in the entire state.”

McElroy said the first full genomes will be finished by early 2022, but they will not be released publicly until late 2022 or 2023.

FFAR’s support will enable the sequencing of additional species beyond the industry-appointed 10, including perennial weeds and aquatic varieties, to drive even more fundamental knowledge of weed biology.

“FFAR is proud to support this new effort to tame the threat of weeds,” said FFAR executive director Sally Rockey. “From genome sequencing to training the next generation of agriculture research scientists, the IWGC shows that new research can be the solution to many agriculture challenges.”

In addition to the genomes, the team will create user-friendly genome analytical tools and training, particularly to serve early-career weed scientists.

As a key component of the partnership, agricultural biotechnology company KeyGene will develop a tool based on the company’s internationally renowned, interactive genomics data management and visualization system, called CropPedia. The cloud-based tool will enable analysis of multiple genomes and access to many users at once, giving all partners the latest information in one place.

“We are looking forward to working with the International Weed Genomics Consortium partners to maximize the use of translating genomes into science, innovation and products, therewith contributing to a more resilient agricultural ecosystem,” said Marcel van Verk, team leader of crop data science at KeyGene.

Consortium project manager and CSU research scientist Sarah Morran called weeds the “wild west of genetics,” which is why weeds are such a respectable and fascinating opponent.

“Yes, we want to help growers deal with weeds, but to me it’s more about understanding them, and how we can target them by more integrated pest management strategies,” Morran said. “How can we set up these ecosystems where we can work with them a bit better, if we understand their genetics and understand how they are adapting and working?”

Another goal of the consortium is to facilitate collaboration and workforce development within the emerging field of molecular weed science. Some of that development will take place through relationships with Historically Black Colleges and Universities, including North Carolina A&T State University Small Farms Resource and Innovation Center. Consortium leaders are seeking to increase representation of traditionally underrepresented groups within the academic and industry pipeline of weed science.

The genomics consortium is working in close partnership with sponsoring company Corteva Agriscience, which will provide the expertise and resources for gold-standard genome assemblies. Corresponding annotations of these assemblies will be led by partners at Michigan State University.

“We’re proud to contribute our expertise in whole-genome sequencing to this important collaboration, which has the potential to yield industry-shifting insights to benefit farmers, consumers and the environment,” said Sam Eathington, chief technology officer at Corteva Agriscience. “Stubborn weeds are among the biggest challenges to farmer productivity. The outcomes of this collaboration will enable us to help farmers tackle those challenges in more precise and planet-friendly ways.”

Results and information will be shared via annual conferences made possible by USDA National Institute of Food and Agriculture funding. The first conference is slated for Sept. 22-24 in Kansas City, Missouri, with in-person and virtual options. 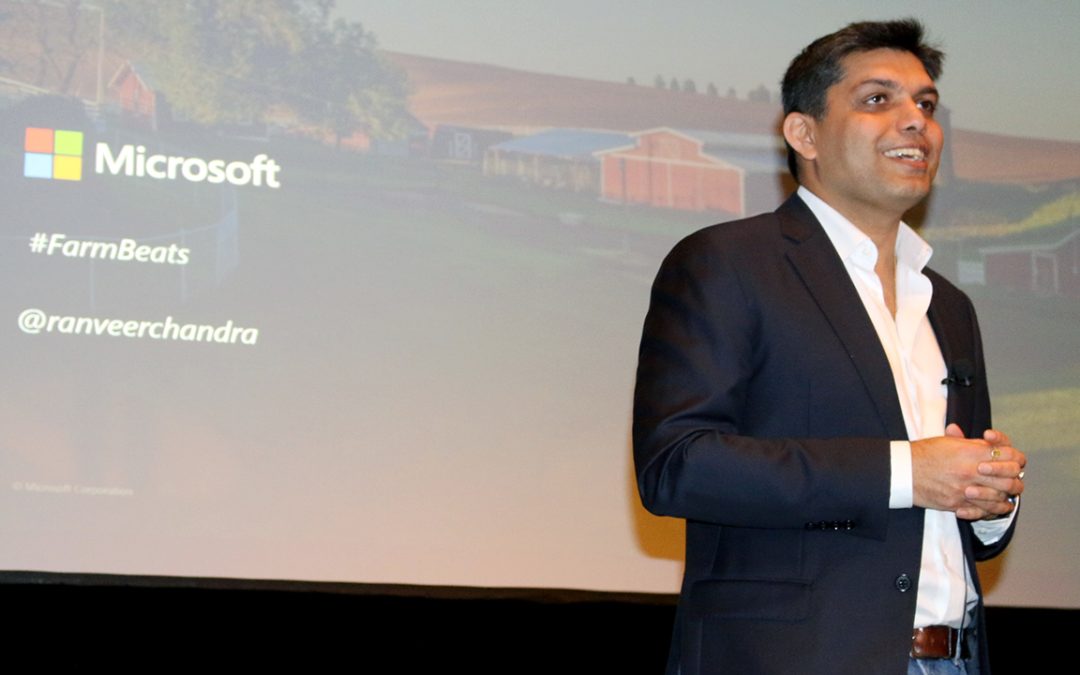