Market at Ag Heritage Park resumes May 5 on Auburn campus 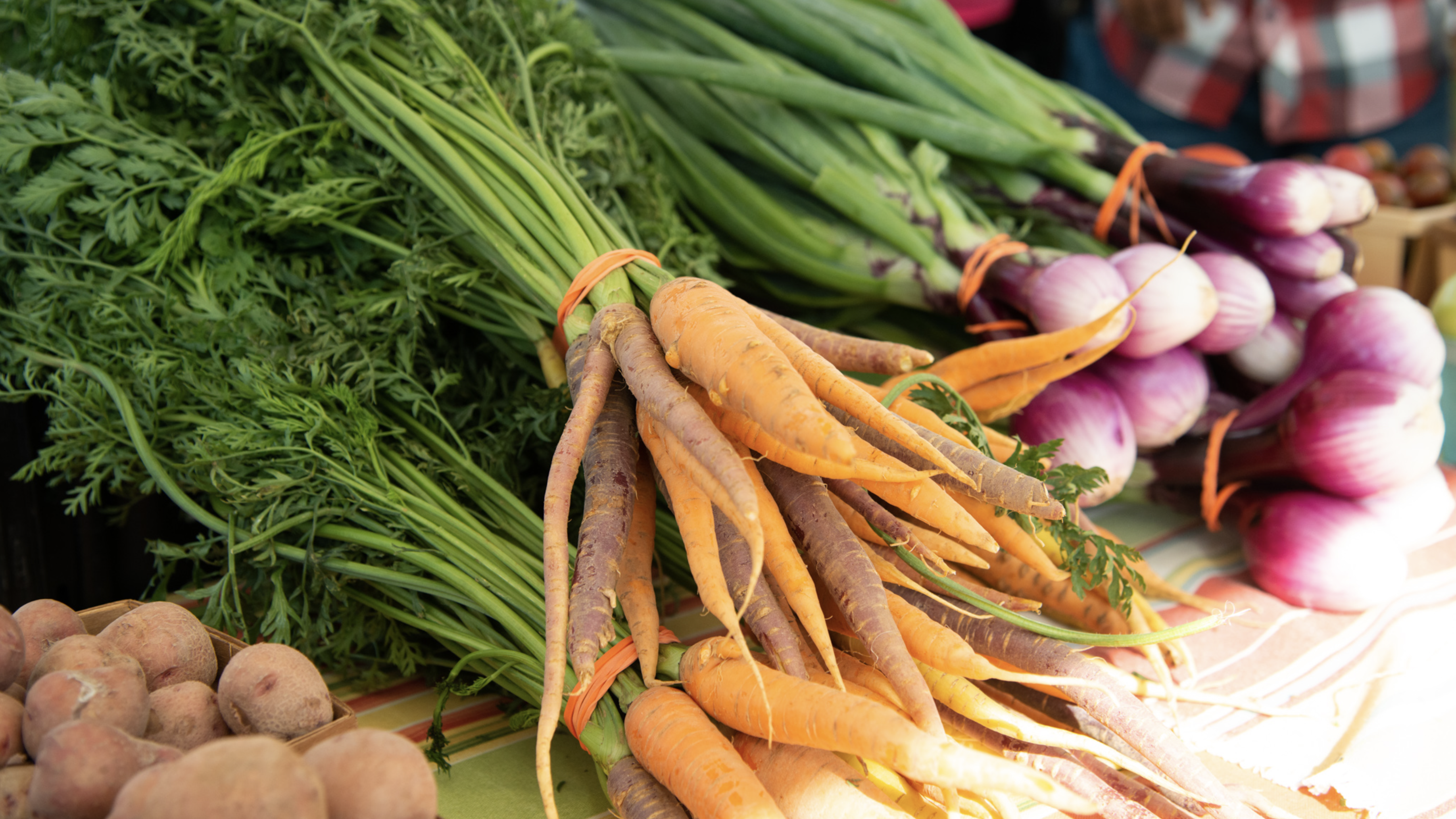 Each summer, the freshest local produce and farm-made products can be found for sale every Thursday afternoon on Auburn University’s campus.

The Market at Ag Heritage Park begins for the 2022 season on Thursday, May 5, and runs from 3-6 p.m. every Thursday through August 25. Located at Ag Heritage Park near South Donahue Drive’s intersection with Samford Avenue, the market is an open-air, growers-only market operated by the College of Agriculture at Auburn.

Mark Foshee, market manager and research assistant in the college’s Plant Science Research Center, said the Market at Ag Heritage Park has steps in place to ensure every vendor is a true farmer or grower from surrounding counties.

This year, the market is starting several weeks earlier than its typical end-of-May start time, which Foshee said was at the request of several farmers who grow and would like to sell strawberries at the start of strawberry season.

“They are in season now,” Foshee said. “Shortly after will be blueberries and then peaches. But we also have vendors who do things like baked goods that can come year-round.”

The purpose of the market is to help those farmers, according to Foshee, by connecting them will local consumers. It’s a win-win, he said, because it puts fresher produce in the hands of local shoppers.

“Especially this season, I can say that my personal grocery bill has gone through the roof,” he said. “And we are not any more expensive than the grocery store — in some cases we’re cheaper. But there is also just something about buying locally. The quality is bar-none. I don’t care what grocery store you go to — my farmers will beat their quality tenfold.”

Foshee said about a dozen vendors will be set up at the opening market this week, with more vendors scheduled throughout the summer as well. Close to 30 different farmers plan to attend.

Throughout the summer, the College of Agriculture will offer interspersed giveaways to market attendees. This week, the first 25 people in attendance will receive a giveaway item.

The market is a great afternoon activity for the whole family, according to Foshee, who likes to bring his son to interact with the farmers and get some fresh air at Ag Heritage Park.