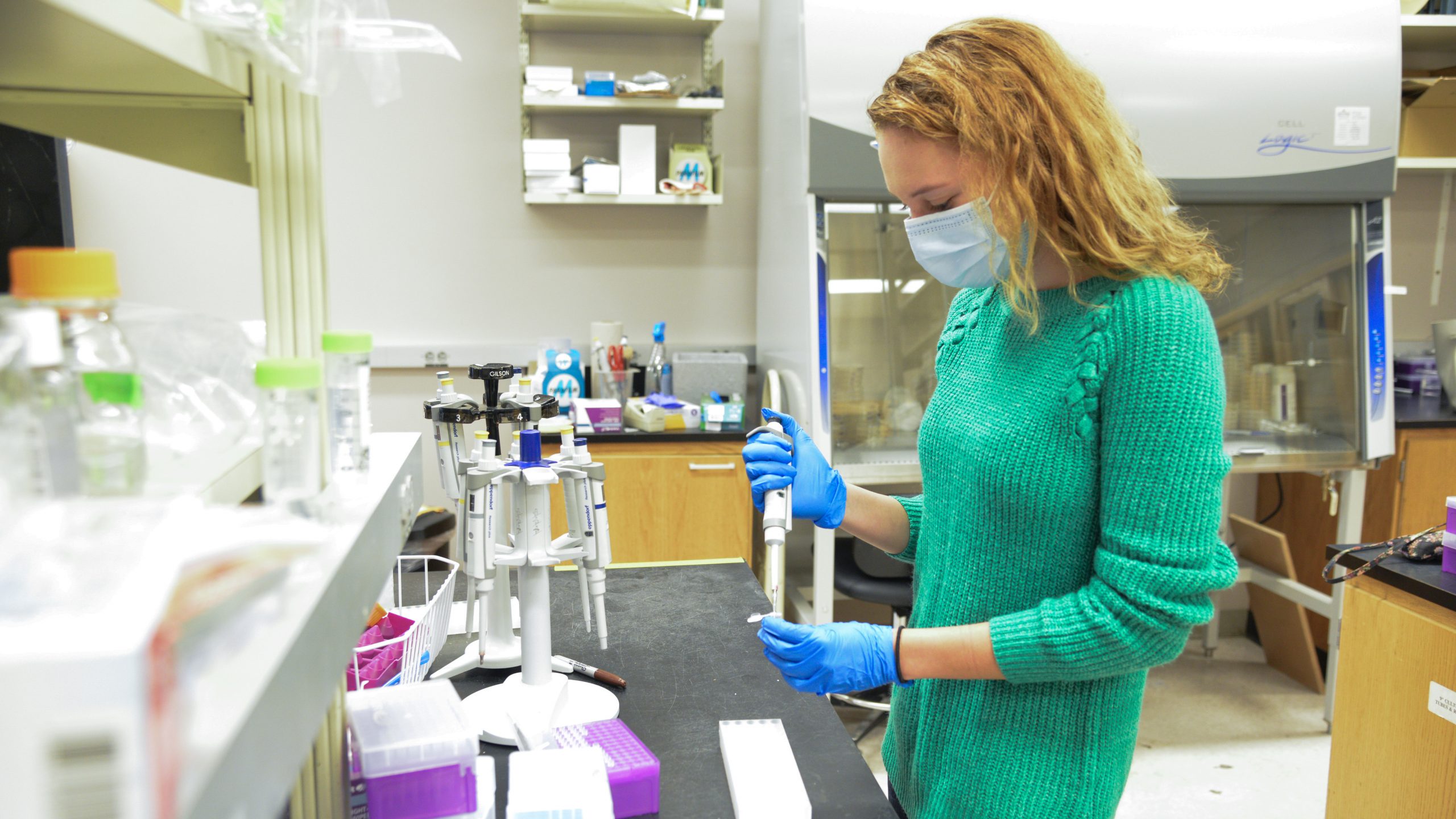 Kylie Weis has no doubt in her mind about why she chose applied biotechnology as her major at Auburn University. She believes other students should take the time to look at the major as well.

“Applied biotechnology is using the tools of nature to make nature better for mankind,” Weis said when asked to sum up biotechnology in one sentence.

Like other biotechnologists, Weis believes that genetically modified organisms (GMOs) are the answer to many of the world’s problems and not a problem themselves.

Biotechnologists have found ways to use GMOs to better use currently available resources. GMOs can help farmers by developing plants that are resistant to pests and pathogens, or by engineering plants that are more tolerant to drought, for example.

These biotechnological advancements allow farmers to grow the amount of food needed to feed the world’s growing population, which serves as an inspiration to young biotechnologists like Weis.

“One of my biggest inspirations is a project called Golden Rice,” Weis said. “A lot of the world’s population survive on rice, and rice is not that nutritional, so these people were beginning to suffer from vitamin A deficiency, but applied biotechnologists were able to modify rice to produce beta-carotene genetically.”

Beta-carotene is an essential nutrient that white rice lacks, which is converted into vitamin A in the body. The Golden Rice project is a symbol of an idea: that genetically engineered crops can help improve the lives of the poor.

“In these poorer parts of the world, if they grow this ‘golden’ variety of rice, they can get the nutrition that they need. Looking at the bigger picture, applied biotechnology [and the development of GMOs] could solve problems like world hunger,” Weis said.

GMOs can help provide farmers with a way to grow food more sustainably and provide better nutrition to poorer nations that cannot get the nutrition they need.

Weis wants to be a biotechnologist that helps develop ways to make nature work better for humanity. She loves genetics and has been interested in many different subject areas within this field since starting her major.

“I have thought about just working in genetic research or working for a seed company like Bayer, making different seed varieties that are resistant to pests or pathogens,” Weis said. “Now, I have moved toward wanting to be a professor and researcher in genetics at a university, because I like the dual aspect of the job.”

However, Weis has plenty of time and opportunity to change her mind if she would like to. Applied biotechnology opens many doors for students in fields including the livestock, entomology, seed or pharmaceutical industries, along with teaching.

While Weis’s original inspiration to become a biotechnologist came from a television show, she has grown to become interested in many different fields of study, ranging from honeybees to genetics in plants to teaching and research. She believes that many students also can find a place in the applied biotechnology major even if what they are interested in does not yet exist.

“Maybe the thing that you are meant to do isn’t even in existence yet,” she said. “Maybe you are there to discover it or make it.”

Weis is also a member of the Auburn University Marching Band, which she said has taught her a lot about hard work. “Marching band is a lot of time, dedication and hard work, and they like to teach us to apply that hard work to other aspects of our lives,” she said.

One could easily find that Weis truly embodies the Auburn spirit, despite growing up a ways from the Plains in a suburb of Chicago. She spent her childhood living 20 minutes from one of the nation’s largest cities and 20 minutes from cornfields, she said.

Because of these roots — and her education thus far at Auburn — Weis recognizes how vital agriculture is to all humankind.

“Agriculture is important because it is one thing that will never be gone,” she said. “We are always going to need food.”