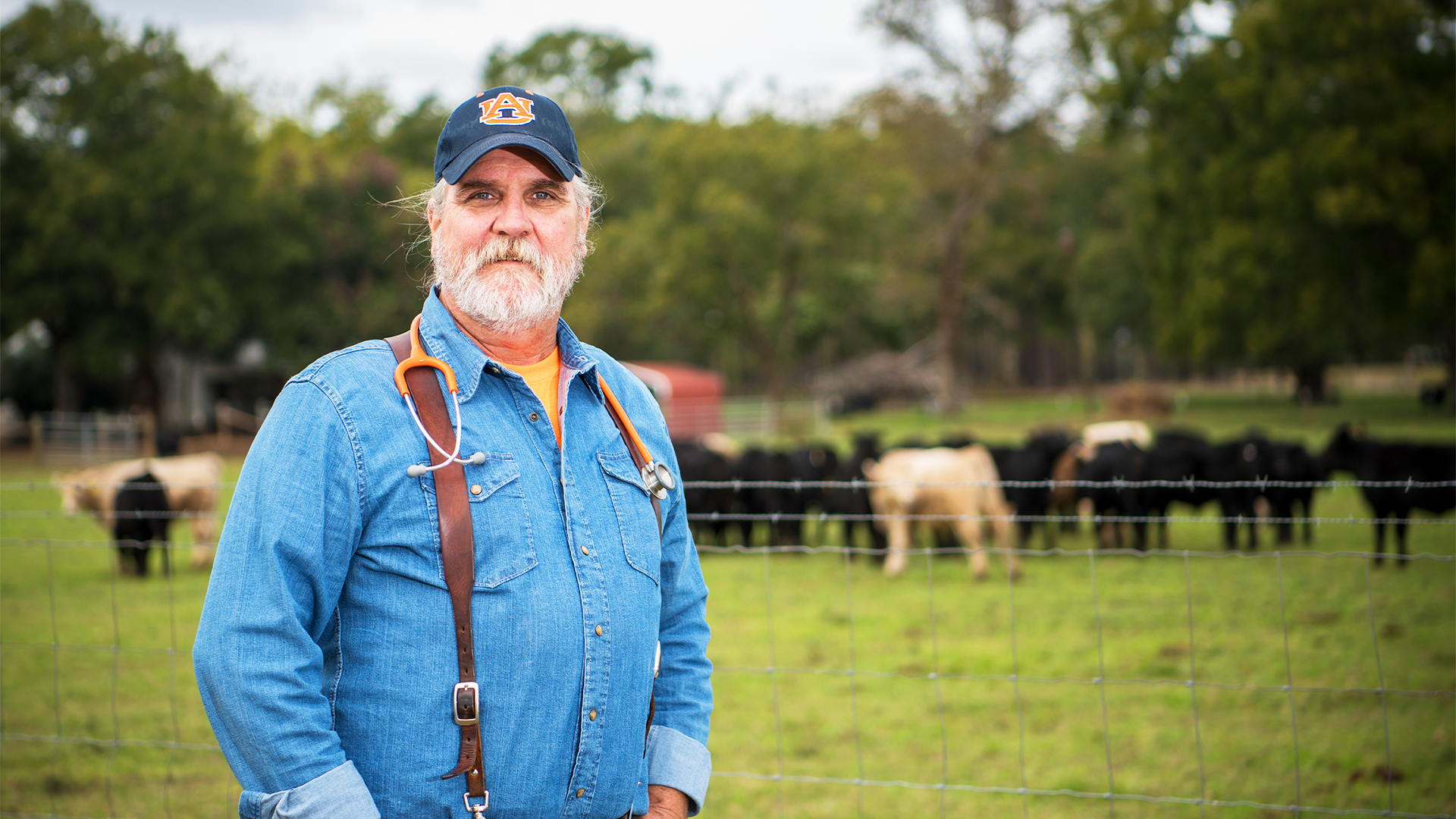 Plains, Georgia, is a special place.

Of course, the whole world knows Plains as the home of America’s 39th president, Jimmy Carter, and his lifelong friend and wife of 73 years, Rosalynn. Such claims to fame do, indeed, set the tiny town apart. But spend any time at all in Plains, among the locals, and you will certainly realize there’s much more worth saying about this place than the measly 700 words Wikipedia devotes to its description.

Nestled in the sandy southwest corner of the state, Plains in its early days was a bustling railroad town that once boasted boarding the largest, single freight train shipment of livestock ever recorded. Talk about a claim to fame. That was before the arrival of the boll weevil and the Great Depression, before local fortunes evaporated and the humble peanut rose to a place of such significance it is surprising an entire generation of children there were not named in its honor.

Agriculturally speaking, the peanut still reigns in Plains and on the vast stretch of flat, fertile ground surrounding the exquisitely manicured main street that serves as the center of just about all activity in town. But nowadays Plains’ 600 or so residents do things other than grow, harvest, process, buy and sell peanuts to earn their living. Plains today is an eclectic mix of the creative and cultured who have made their way here—or back here— from points all over the globe and who enjoy their quirky little dot on US Highway 280 alongside lifelong locals—farmers, factory workers and various other ordinary, small-town folks. And somehow, this assortment of different people with different backgrounds and different ideas all peacefully and joyfully coexist in a way that makes the place linger in the mind long after the briefest visit.

For a relatively quiet, rural community, Plains has quite a lot to offer. There are boutique stores, a fabulous café, the world’s largest collection of political memorabilia (all for sale, building included), remarkable, locally made peanut butter ice cream, two National Parks Service installations, weekly rides on a passenger train and numerous annual events that draw thousands for street dances, ride-ins and theatrical performances.

Maybe it was its extraordinary, everyone’s-welcome-here, come-as-you-are vibe that drew Dr. Frank Pierce, the town’s beloved—and, you may have guessed, only—veterinarian to the little shop just behind the train depot where then-Governor Carter announced his presidential bid in 1976. Whatever the reason, from the time Pierce arrived in Plains about a decade ago, the 1985 Auburn ag grad has been hard at work, taking care of people’s pets (and pets’ people) and earning a reputation as one of the town’s most celebrated citizens. Quite a feat when you think about it.

An Army “brat,” Pierce grew up in far-flung places all over the world. Two constants in his ever-changing childhood were his love for animals and his determination to one day become a veterinarian.

“I saw ‘Born Free’ on TV when I was a kid,” he said, recalling the lasting impression made by the true story of Elsa the Lioness. Born in the wild but lovingly raised in captivity, Elsa was successfully reintroduced to her natural habitat as an adult. The compassionate, steadfast work of Elsa’s human handlers left a mark on Pierce, leading him to make a lifelong commitment to care for animals.

The film also inspired him to save his money and purchase a stethoscope he saw advertised in a circular from his dad’s Sunday paper. In a plaid overnight bag, pre-teen Pierce lugged the stethoscope, a bottle of hydrogen peroxide and a roll of gauze to each new place his family was stationed.

“I doctored every dog in the neighborhood,” he said.

When his family left the military and settled in Alabama, he got his first actual veterinary gig, volunteering at Caldwell Shelnut veterinary clinic in Phenix City. He was 16.

For the next 11 years, Pierce took every veterinary job he could find. As a student at Auburn, he set up and cleaned up necropsies—dissections of deceased animals—for the senior vet students, learning every step of the way. After seven years of school and a successful preceptorship, the boy who always wanted to be a vet finally realized his dream.

Any fan of good stories knows that the best of them follow a winding route to their happy ending, however, and Pierce would take many years and round many curves to arrive at his. After practicing veterinary medicine in various places and owning his own practice for several years, Pierce found himself at an unfortunate crossroads.

“Veterinary medicine is a way of life, and I had all but lost my love for it,” he recalled.

So, 15 years into his dream-come-true, he left it. Or rather, he tried to.

Recruited by Darton College in Albany, Georgia, to join its nursing faculty, Pierce enjoyed a brief stint in academia. Teaching anatomy/physiology, microbiology and chemistry to future medical professionals forced him to refocus on the science behind his trade, as he “rewrote the textbooks” in PowerPoint format late into the nights then lectured on the material throughout the days.

But his friends and family did not allow him to leave veterinary practice for good. They would show up in his driveway without warning, animals in tow. Strangers began to follow suit. The situation continued when he relocated his home base to remote Plains, 30 miles away.

“These people wouldn’t let me quit,” he said.

He finally got the message that it was time to return to his calling one Saturday morning as he drowsily stepped from his bedroom into the hallway of his home. Groggy and still in his sleepwear, Pierce was literally rudely awakened by the sight of a man, standing on the front porch, peering in the house and shouting, “Can you help me with my goat?” Pierce could see the poor animal laid up on the hood of a pickup in the driveway.

So, he purchased the small, two-story, red-brick building on main street, just behind the depot, and set about establishing a “lite, semi-retirement” practice. Soon he had 5,000 patient files and more business than he could have imagined. He quit his day job in Albany and returned to full-time veterinary practice. There are more than a few people in Plains who are very glad he did.

Kim Fuller is one of them. A city council member and executive director of the nonprofit Friends of the Jimmy Carter National Historic Site, Fuller is a Plains native who is in the middle of just about everything that goes on in town.

“I just really love Dr. Pierce,” she said, “and I honestly can’t name one person who doesn’t.”

Fuller recounts the experience that first made her “fall for” the good doctor: Her family’s dearly loved German Shepherd had reached the end of a long life, and no one could deny it was time for her to go.

“Dr. Pierce let us say goodbye to her in the bed of our pickup,” she said. “We held her as we told her goodbye.” The Fullers and their six other pups have been loyal Pierce customers and fans ever since.

It’s an appreciation that is seemingly shared by all who know him, including Fuller’s famous uncle, the former president.

“Uncle Jimmy adores Frank,” she said. And though Pierce does not boast of his famous friend, he will divulge a little when pressed.

Like the story of how he and the Nobel Peace Prize recipient happened to meet. Little did Pierce know, but the home he purchased in Plains was previously that of another well-known Carter, former Georgia State Senator Hugh Carter, Jimmy’s first cousin. Soon after Pierce moved in, he received a phone call from the former president, inviting the town’s newest resident to join him and Mrs. Carter for dinner.

“We hit it off,” Pierce said, recalling how the couple enjoyed sharing stories with him of his home’s history and telling hunting stories.

“He’s a good shot, you know,” Pierce said of his 95-year-old hunting buddy. “When we hunt, we’re just two guys with shotguns…and a Secret Service detail.”

Though the former first couple have no house pets—they stay far too busy to be fair to an animal, the vet speculates—Pierce takes seriously his responsibility as caretaker of the animals at the Jimmy Carter Boyhood Farm National Historic Site. Jill Stuckey, superintendent of the NPS installation just outside Plains, echoes Fuller’s praise, calling Pierce a great resource for the park, which utilizes a mule team in interpretations of historic farming practices and is home to a flock of chickens, a herd of goats and multiple feline “mousers.” Pierce cares for them all, and is Stuckey’s personal vet as well.

“All I can tell you is that Frank is the total package,” she said. “He contributes to the community as a business owner, yes. He is a wonderful vet. But he is also the best neighbor and friend you could ask for.”

Pierce is quick to enthusiastically assert that his professional success is due to his Auburn education, and because there is nothing contrived about him, there is no doubt he means it. But sit with him a while in one of the mismatched, wooden rocking chairs on the sidewalk outside his shop, and each interaction with a passing local provides a more objective view: The neighboring business owner who thanks him for his help with the recent community event; the employee who describes him as the best teacher she’s ever had; the deputy sheriff who greets Pierce with a handshake and a “Good morning, sir,”; the elderly customer who quietly thanks the doctor for helping him over the curb and to the clinic’s front door—each authentic interaction plainly reveals a heart poured into a profession, people and place, helping ensure that the latter remains truly special as long as he is a part of it.

As for how Pierce perceives Plains?

“I have everything I’ve ever dreamed of here in this little place,” he said with obvious honesty and total contentment. That is about as special as it gets.