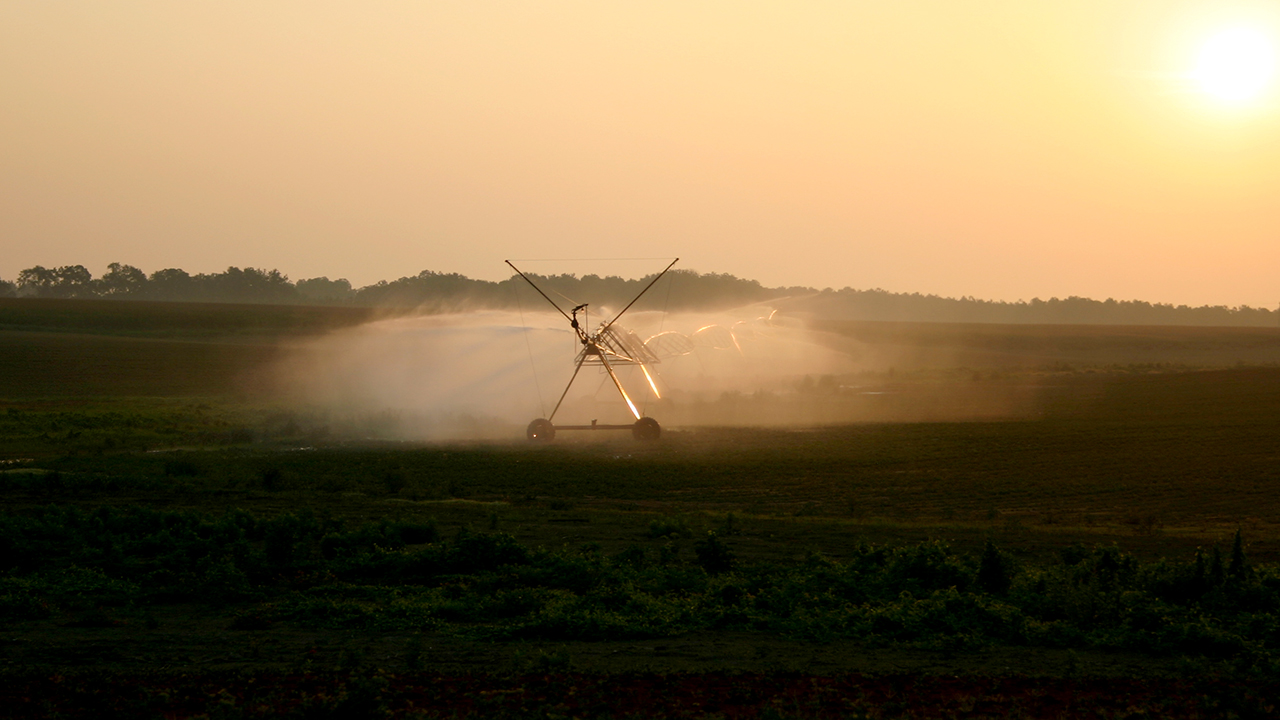 Auburn researchers are working to expand irrigation on farms throughout Alabama in a way that benefits agriculture and conserves natural resources.

Through funds provided by the USDA Natural Resources Conservation Service, or NRCS, Eve Brantley, an associate professor in the College of Agriculture’s Department of Crop, Soil and Environmental Sciences and Extension water resources specialist, is working with a team to assess watersheds in Alabama to make recommendations for sustainable irrigation expansion.

“Alabama has far fewer irrigated acres than its sister states of Mississippi, Georgia and Florida, and we see that there is an opportunity to expand irrigation in a way that protects existing irrigation infrastructure and also takes into account the overall health of a watershed,” Brantley said.

Brantley, along with researchers at the University of Alabama at Huntsville, began the five-year project by evaluating which watersheds in the state are most suitable for expanding irrigation.

“We took a statewide look at the different watersheds in Alabama and scaled them down to what’s called a hydrologic unit code 8,” Brantley said. “In Alabama, there are about 48 HUC8 watersheds that are completely within our state. We compiled existing data from our state and federal partners to identify and prioritize where we should start.”

Brantley’s team used a multicriteria decision analysis tool that took into account variables such as the number of endangered and threatened species in the area, soil suitability, water quantity and farmer interest to assess each of the 48 watersheds.

Overall, a total of nine watersheds were selected with three in north Alabama, three in central Alabama, and three in south Alabama. The Middle Tennessee River Valley Watershed that includes the Wheeler and Elk River watersheds in Alabama was selected for development of the first watershed plan.

“At the end of the day, what we will have is a road map to help guide recommendations for sustainable irrigation expansion within these watersheds,” Brantley said.

The ultimate goal of the project is to develop an irrigation plan that will allow for more acreage on both large and small farms to be irrigated in a way that will be profitable for farmers and will also sustain soil and water resources.

“We want to make sure there’s a sustainable water source for expanding irrigation and being protective of our states’ water resources.”

Brantley said several of her Crop, Soil and Environmental Sciences colleagues are conducting other investigations aimed at irrigation and soil health in partnership with the Alabama Soil and Water Conservation Committee and NRCS.

“Dr. Brenda Ortiz has a successful project on irrigation efficiency and Dr. Audrey Gamble has made a big impact on soil health in Alabama,” she said. “As we expand irrigation, we’ll also be able to advise producers on technology to make their water resources go further and how to rebuild their soil so it will hold water longer.”

All of the projects share a broader vision of providing lasting benefits for agriculture and Alabama, Brantley said.

“The long-term approach to improving soils and maximizing the use of water in an efficient way is so important because water is such a valuable resource, and it is critical for our quality of life now and in the future.”