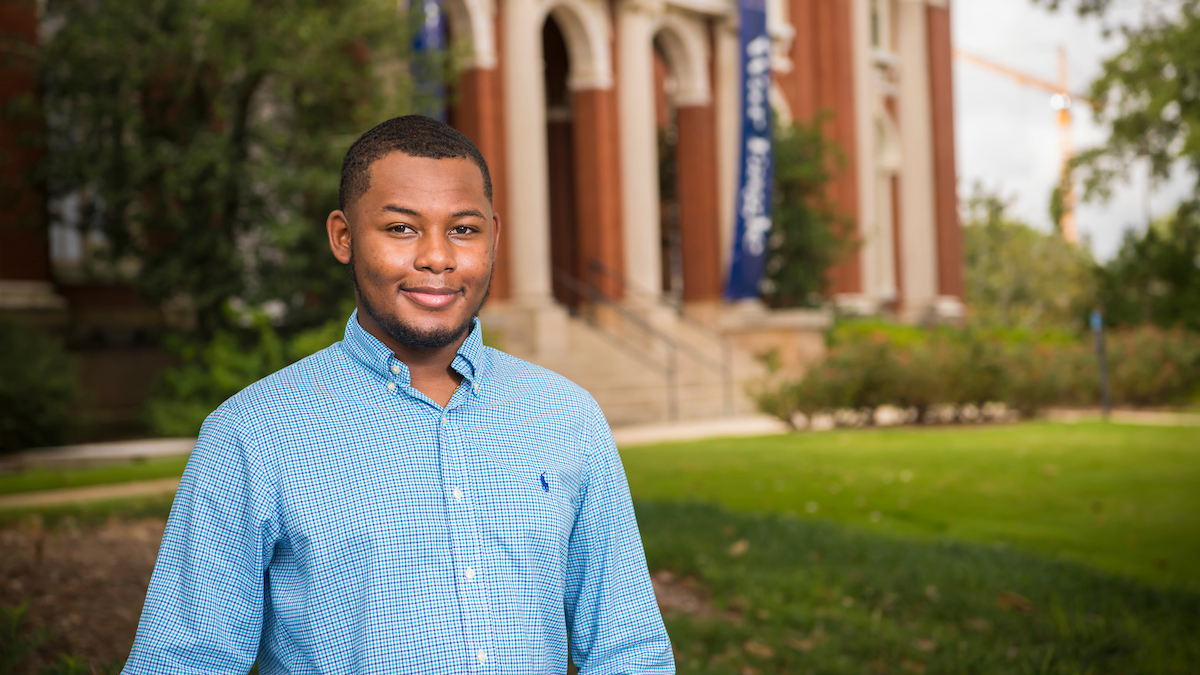 Kenneth Reese didn’t know he was making history. He just loved being a leader in Alabama 4-H.

The new freshman in the College of Agriculture at Auburn University was the first Black president of Alabama 4-H, the statewide branch of America’s largest youth development organization. 4-H is delivered by the nation’s Cooperative Extension, a community of more than 100 public universities — including Auburn — that provides educational and leadership experiences in which young people learn by doing.

“My very first 4-H club was in elementary school,” said Reese, a native of Jefferson County, Alabama. “It wasn’t as active as most 4-H clubs should have been. It was more like to give kids an idea of 4-H. My mom was a schoolteacher and I had expressed to her how much I loved 4-H, so we came together to start a club. From there, it just increased.”

Reese’s mother, Vercilya, started the Holy Family 4-H club in Ensley, Alabama, 10 years ago. The club grew and won numerous competitions and awards over the past decade, giving Reese a foundation in 4-H that soon led to greater leadership opportunities.

“When I started it at my school, it gave him more avenues to explore all that 4-H has to offer,” she said. “Just being able to provide him with that, give him the chance to be more involved and see all the different competitions, activities and skills to help him become a better leader, it all became important to me and beneficial to him as time went on.”

Vercilya Reese said her son was shy as a child, but 4-H helped to bring him out of his shell and foster leadership qualities and skills in him. It improved his public speaking and gave him the chance to be a better member of his community.

Reese first worked his way to vice president of his mom’s 4-H club and president of the Jefferson County region of 4-H. He then applied to become a state ambassador and interviewed for the role on Auburn’s campus.

In his second year as a state ambassador, he ran for the statewide office of Alabama 4-H president and competed for the position with a presentation about the organization’s “endless opportunities.”

“There’s so much I liked about 4-H, but I especially loved the welcoming environment it always had,” he said. “No matter what event you’d go to, there was somebody who knew somebody you knew, too.”

After securing the role, he learned that he was both the first Black state ambassador and president in Alabama 4-H history.

“I honestly didn’t know,” he said about the history-making move. “I just was really fascinated with and eager to move up in the leadership. But it meant the world to me, to be honest. When you think about it, it shows how diverse 4-H is becoming, but also how many opportunities everybody, including minorities, is starting to get.”

Reese was familiar with the Auburn campus from attending 4-H events over the years, but he still took the time to tour before deciding which university he wanted to attend.

“My parents are die-hard Auburn fans,” he said. “When it came time to look at which college I wanted to go to, they definitely made Auburn one of my first options to tour. But immediately I just thought, ‘Wow. I love this place.’”

Reese is currently majoring in agriscience education — a double major offered between the College of Education and the College of Agriculture — and hopes to one day work in the classroom or, ideally, become an extension agent.

Regardless, he sees 4-H in his future.

“I think 4-H has been the main focus for me for so many years,” he said. “It’s helped prepare and shaped what I want to do with my future to the extent that I’d like to work with them professionally someday.”

His mother said while it is a little bittersweet sending her son off to college, she couldn’t be more excited for him to be at Auburn.

“We know we raised him right and that the way we raised him and things like 4-H will help keep him on the right track,” she said. “He has this willingness to jump into anything, be it an event, an organization or something in the community. He’s not shy about helping others, and I think those skills are going to help him be successful not only at Auburn but throughout his life.”