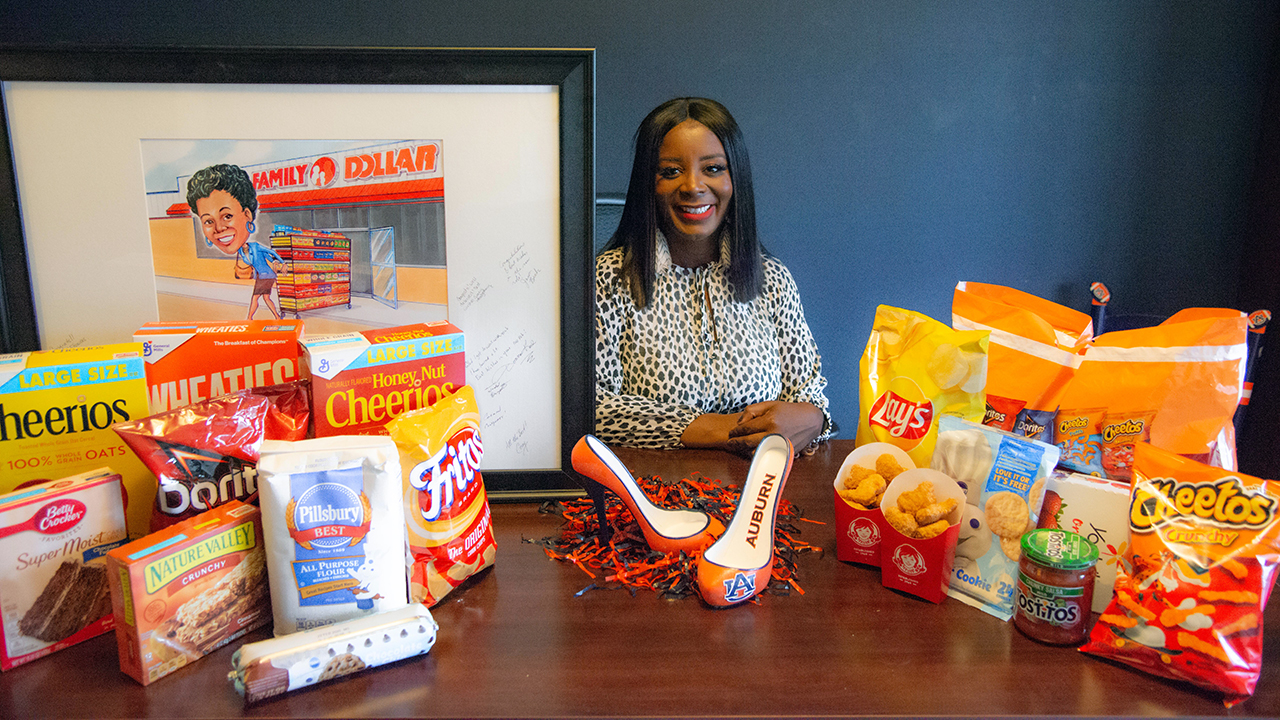 Chastity Westry is no slacker. The ’97 agricultural business and economics alumna is one busy lady who wears many titles: billion-dollar sales executive, mentor, philanthropist, wife, mother of an active teenager and now third-year law student. Also add to the list a vocally enthusiastic cheerleader for her agriculture-based career.

“You know, agriculture connects and touches every career. There are so many avenues from agriculture after the food is grown. There is nothing that agriculture does not touch up and down the supply chain line. There is a full gambit of career opportunities and longevity in the career. It’s whatever you want it to be. It’s about where you want to land.”

In her 20-year stellar career as an executive leader in agriculture and consumer packaged goods with Gold Kist/Pilgrim’s Pride, General Mills and Frito Lay/PepsiCo, Westry has definitely landed in a sweet spot.

Her last 10 years as an executive with PepsiCo/Frito Lay saw her managing a billion-dollar sales portfolio and leading sales teams of a 1,000-plus people across nine states. As she arose in the ranks of the company, she also took the time to earn an MBA with a concentration in finance and to complete the Executive Education program at Northwestern University.

“I have had an unlimited career with some great companies,” she acknowledged. “I’ve been up and down the pipeline from being out at the chicken houses to presenting in front of the CEO negotiating a $100 million deal.”

Not a bad place to end up, considering that a career in agriculture was never on her radar growing up.

“I did not grow up around agriculture,” she revealed. “I had no experience with agriculture other than my grandmother’s garden and fishing with my granddaddy in the Tennessee River and the food in the grocery store. Nobody in my family was in agriculture.”

So rather than being compelled by experience, Westry’s foray into an agriculture-based career was born out of pragmatism.

“I’m a first-generation college graduate,” said Westry, who grew up in North Alabama as the oldest of nine kids in an admittedly poor family. “So when it came to picking a career, I wanted a sure bet.

“I researched different degrees, and I figured that everyone was going to eat three times a day, so I chose agriculture…and it has not failed me.”

Not content to bask in her accomplishments, Westry is compelled to pay her success forward to others as mentor and philanthropist. She devotes her time and expertise as a member of Auburn University’s Women in Agriculture, the Ag Hill Dean’s Society and the College of Agriculture Alumni Mentoring Program among many other organizations. Westry is also proud to have established the Annie Louise and Oscar Emanuel Alumni Endowed Student Scholarship at Auburn in honor of her grandparents.

Additionally, Westry directs special efforts toward African-American students who she wants to expose to the opportunities in agriculture. Recently, she accompanied a group of middle-schoolers on a tour of an African-American-owned farm in Tanner, Alabama, for the purpose of exposing them early to career possibilities.

“I wanted them to see that, beyond the farming, there is a pipeline—so much that passes behind the scenes that brings their food to them. I want to show them that there is a robust choice of careers in agriculture.

“I was able to show them several of the products that I have sold over the years, the different portfolios of products I sold and items I have had ownership of. It was a chance to connect the dots for them.”

These days, Westry’s energies are directed in a slightly different direction. Taking time off from her career as a sales executive, Westry is clerking for the Jefferson County Circuit Court as she finishes her final year of law school. She said it is not a far departure from what she has been doing all along.

“I’m still using my communication, negotiation and critical thinking skills that I used in business. Now I’ll just be putting those skills to work as an advocate for children and families.

“And that’s a great thing about my career,” she explained. “My success has allowed me to take time off to pursue additional studies. In fact, though I’ve been out of the industry for a year, I still have recruiters calling me. I think that speaks to the robustness of the industry.”