Irrigation is a key issue in times of drought. Researchers affiliated with the Water Resources Center at Auburn University are investigating both the potential and the implications of more widespread irrigation in Alabama.

In Alabama, farmers often say that, during the summer, they’re always 10 days away from being in a drought. So this past year, when some parts of the state went for more than 70 consecutive days without measurable rainfall, many—including farmers, municipalities and others who rely on a plentiful water supply—were unprepared.

Puneet Srivastava, director of the center and a professor in the biosystems engineering department, says educating stakeholders about the value of climate research and long-range climate forecasting will go a long way toward accomplishing this goal.

“If there’s an 80 percent chance of rain in the forecast tomorrow, you’re likely to pick up an umbrella when you head outdoors, but people don’t have as much confidence in longer-term weather and climate forecasts,” Srivastava says. “The science, however, is rapidly improving, and now we have to learn how to use this information in managing our water sources.”

To this end, Srivastava and other researchers and collaborators at the center are working through the National Integrated Drought Information System, or NIDIS, to develop a Drought Early Warning System for the Southeast. The NIDIS Act, signed into law in 2006, calls for an interagency, multipartner approach to drought monitoring, forecasting, early warning and preparedness led by the National Oceanic and Atmospheric Administration.

The information system was established to move the nation more toward a proactive rather than a reactive approach to drought management.

“We need to go from being in a drought and wondering what to do about it to being ready for droughts that might come in the future,” Srivastava says.

People have become more confident in weather forecasting, to the point that it has become part of their everyday lives, Srivastava says.

Forecasts have to be accurate more than about 50 percent to 70 percent of the time for people to have full confidence in them,” he says. “For drought, we can use longer-term climate forecasts, which consider weather phenomena like the El Niño Southern Oscillation or ENSO.”

The Drought Early Warning System is not just one piece of software or one tool that forecasts drought, he says.

“We’re working to create a comprehensive approach consisting of forecasting tools, meeting with stakeholders to inform them about drought, and then showing them how to use drought information in their water management,” he says.

Recognizing that not every region of the country is the same, NIDIS established pilot areas where it is developing early-drought-warning systems, with Srivastava and his colleagues focusing on the Apalachicola-Chattahoochee-Flint River Basin. The ACF River Basin is the watershed of the three-river system, which begins in north Georgia and flows into the Gulf of Mexico at Apalachicola Bay in Florida.

“This tool will be tailored to stakeholders in the ACF River Basin, meaning state officials in Georgia, Alabama and Florida could use it for developing effective drought-management policies that would help them manage drought without adversely impacting their farm economies and water resources, and that could help resolve the ongoing tri-state water wars,” Srivastava says, referring to a 28-year-long legal battle the three states have been waging over usage of the river system’s waters.

Unlike flooding, drought slowly creeps in, becomes established and then can remain for a prolonged period.

“Drought means different things to different people,” Srivastava says. “Generally, people think of drought as a lack of precipitation. Farmers see it immediately. If you’re a water resource manager, you’re watching streamflow and lake levels, and you might not see any real effects for a month. If you’re withdrawing water from groundwater, you won’t see effects for several months.”

Over the past 10 to 15 years, droughts in the Southeast have mainly been triggered by the La Niña phase of ENSO, he says.

“Our climate in Alabama, Georgia and Florida is very dependent on what happens with ENSO, and now we have forecasts for climate or weather conditions for the next three to six months,” he says. “We’re working with farmers, forestry resource managers and water resource managers to use these forecasts to help them prepare for the drought.”

Srivastava also has worked with municipal officials, including in Auburn, to help them follow climate forecasts for drought preparedness, resulting in a more plentiful water supply whenever drought did arrive.

“Research shows that about 10 percent of a water supply can be saved with voluntary watering restrictions while mandated restrictions can save up to 25 percent,” he says. “Our goal is to educate municipalities to use long-term forecasts to better manage their water resources.

“It could be something as simple as implementing watering restrictions well before a drought. For instance, if you are a water resource manager for a city, and you know the forecast is for a La Niña phase, you could implement restrictions early on in drought formation.”

The main issue for farmers during drought is irrigation. In Alabama, most farmers depend on surface water, while many growers in Georgia withdraw water for their crops from a large underground aquifer.

“This is where our research comes in. How much can farmers safely withdraw, and what is the impact on streamflow? A lot of streams in southwest Georgia are protected for endangered species.”

If farmers know their climate will be entering a La Niña stage, they can initiate water conservation measures well in advance in the winter months and store it in ponds for the growing season, Srivastava says. Since Alabama doesn’t have as much irrigated cropland as Georgia, future research will focus on the potential and the implications of increased irrigation in the state.

The Auburn Water Resources Center highlights drought research and outreach efforts through a monthly drought webinar, says Eric Reutebuch, who works with Srivastava and is director of Alabama Water Watch.

The webinar, which was held every two weeks during the 2016 drought, focuses on weather, climate, surface and groundwater conditions and forecasts in the ACF River Basin in Alabama-Georgia-Florida, though the information extends over much of the Southeast.

Reutebuch says outreach and communication were seen as priority needs because there is a shortage of knowledge about droughts.

“Forecasting and monitoring information is available, but nobody knows much about it, and even if they do, they don’t always know how to use it,” he says.

“Presenters talk about weather forecasts, streamflows, water levels and other related issues,” he says. “That’s our main communication tool for farmers, water resource managers and others.”

It is important that outreach efforts continue even when the region is not officially in a drought.

“During this past year’s drought, many rivers and streams were at all-time-record lows, and this continues to be the case in parts of the Southeast,” Reutebuch says. “It takes a lot to recover from such a drought, and we could go back to those conditions rather quickly.”

In addition to education and outreach efforts, Srivastava and his team are continuing research into using groundwater measurement as a drought indicator in the Southeast, quantifying how pumping for irrigation exacerbates the effect of drought on groundwater levels and streamflows, developing a procedure for forecasting groundwater levels, and analyzing the pros and cons of existing drought management policies in an attempt to propose a set of policy alternatives that can be used to more effectively manage drought. 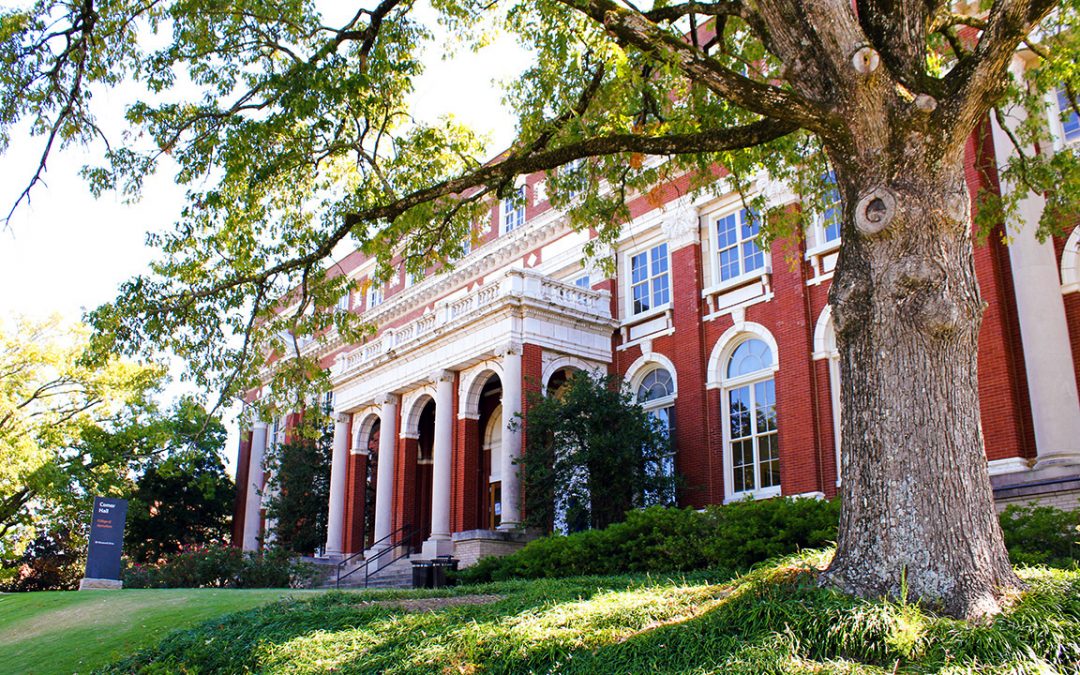 Auburn College of Agriculture salutes alumni of the year

Eight successful professionals who hold academic degrees from Auburn University’s College of Agriculture are the college’s 2019 Outstanding Alumni Award winners. The honorees include one college-wide Distinguished Alumnus Award recipient and seven individuals who...