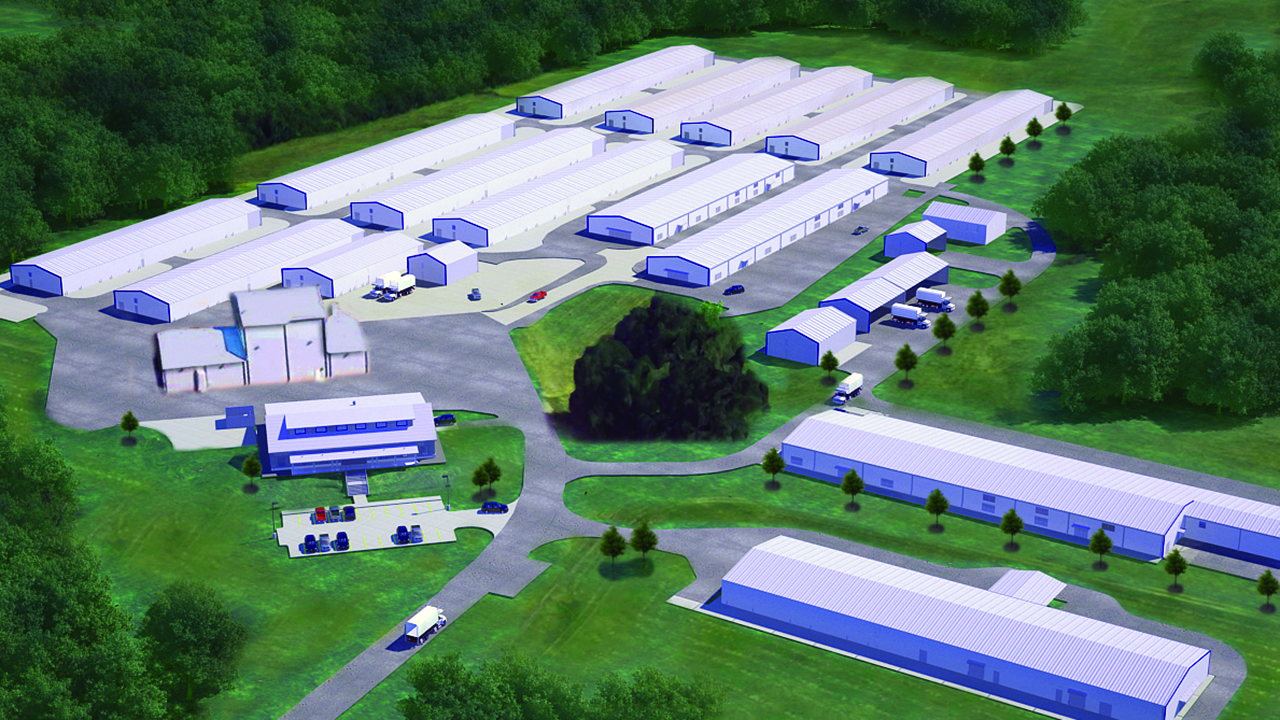 Auburn University’s Board of Trustees has cleared the way for completion of the multi-unit Charles C. Miller Jr. Poultry Research and Education Center on the north Auburn campus, beginning with construction of an 18,800-square-foot poultry processing plant on the 30-acre site.

The board’s approval of the Miller Center project’s final four phases came during its most recent meeting. Once completed, the research and education complex will replace the decades-old Poultry Research Farm Unit located off South College Street.

Work on the processing plant — phase three — is scheduled to begin before year’s end.

Phase four of the project will consist of a hatchery, a battery house, chamber and breeder houses and several floor pen houses, while the fifth phase will add an aviary house, a second chamber house and two more floor pen houses. That will set the stage for the project’s sixth and final phase: the demolition of the 20 buildings that comprise the old research farm.

“We are excited to complete the build-out for this research and teaching complex,” College of Agriculture Dean Paul Patterson said. “We expect it will be the most advanced facility of its kind for the poultry industry. Thank you to all the individuals and businesses who have supported and are planning to support the construction of this important project.”

The total estimated cost of phases three through six of the Miller Center project is $22 million, to be financed by a combination of gifts, College of Agriculture funds and University General Fund and bond proceeds. The projected timeline calls for an August 2020 completion date.

Facilities that have been completed in the first two stages of construction include a National Poultry Technology Center testing facility, replicated floor pen facilities for research on poultry nutrition and management and the flagship Administration and Education Building. The Miller Center complex is adjacent to the Auburn University Poultry and Animal Nutrition Center/Alabama Poultry and Egg Association Feed Mill that has operated since its opening on Auburn Lakes Road in 2012.

While Auburn is already recognized as a global leader in the poultry industry, the Miller Center will significantly advance the university’s standing as such, said Don Conner, Department of Poultry Science head.

“I believe the Miller Center, when fully developed, will be a game changer in terms of poultry research, education and outreach,” Conner said. “These new facilities provide the world-class environment in which our faculty and students will thrive, as well as represent our continued commitment to excellence in serving the poultry industry.”