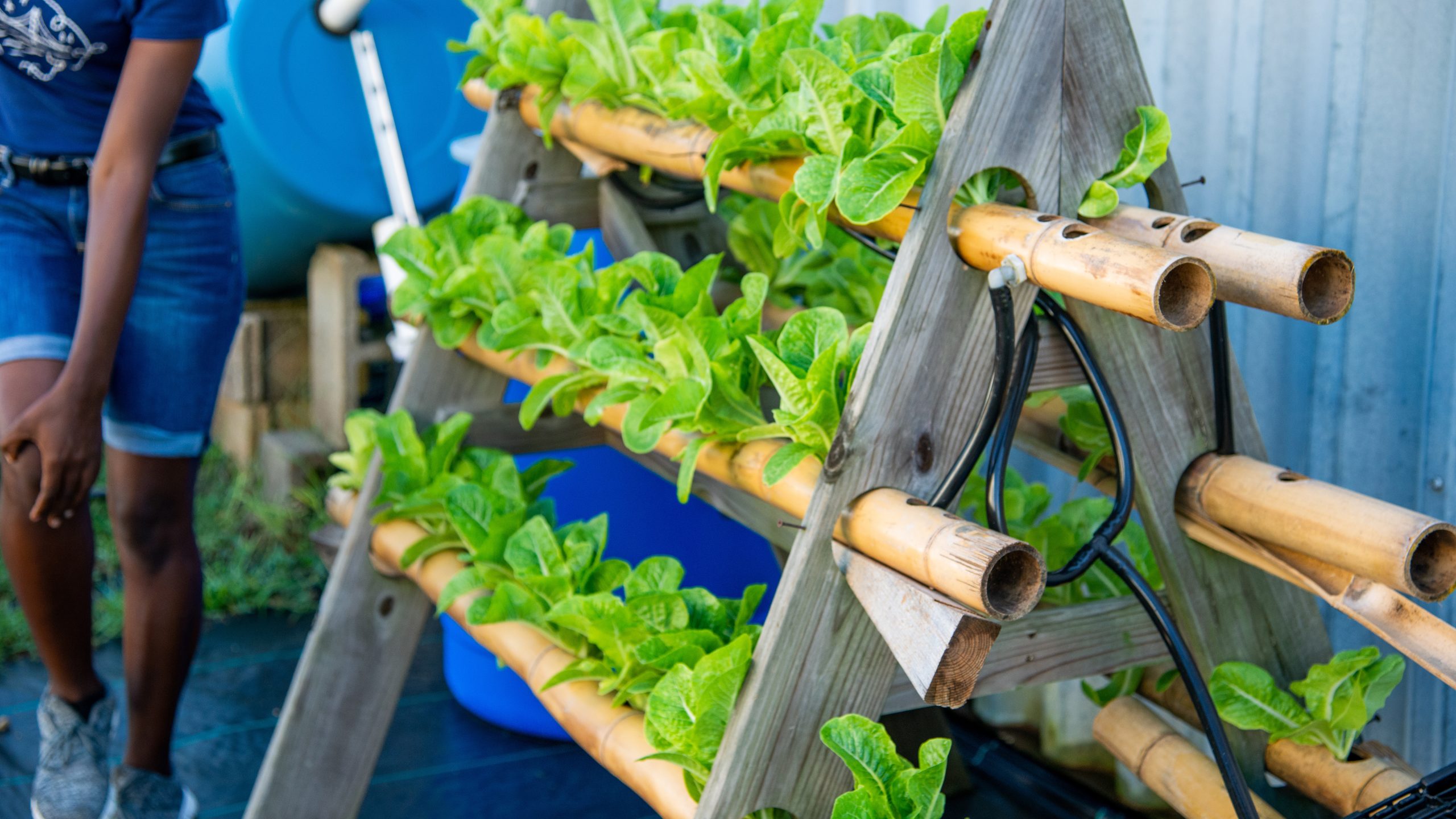 Native Zambian Dorcas Lukwesa wanted to study agricultural sciences because of the seed her farming grandparents planted in her — a budding interest in food and nutrition she couldn’t ignore as she aspired to go to college outside her home country.

Lukwesa discovered Auburn through a sustainability workshop in which Associate Professor of Horticulture Daniel Wells was scheduled to be a presenter prior to the start of the global COVID-19 outbreak. Wells’ attendance was canceled, but Lukwesa contacted him anyway.

“We get emails from international students all the time wanting to come, sending their CV and whatnot,” Wells said. “But this time, it was a little bit different. Her email just struck me. It was well-written, and I knew she was from EARTH University, which we’d already decided to establish contacts with. So, I decided to respond.”

Lukwesa was curious if Wells’ work in aquaponics could overlap with her interest in a moveable, smart gardening system that could benefit communities back in Africa and around the world.

“My parents live in Congo, but we are Zambian,” she said. “So, I was thinking of designing a project that could support farming on a mobile platform, so that people who are threatened by wars are able to grow and continue to have access to vegetables.”

The Congolese village where her family now resides lies on a river between the two nations. Congolese people often come to this village to escape conflict, and Zambians come across the river to do business with them.

“One of the issues these folks have is that sometimes they need to leave their homes for temporary sanctuary,” Wells said. “Dorcas pitched the idea of designing a portable food production system that would allow the Congolese to bring their gardens with them when they cross the river. When she told me about this project and what the impact would potentially be, I thought it was just a super cool idea and something that had real-world applications in a place that I am not familiar with at all.”

Lukwesa worked with Wells, Associate Professor of Industrial Design Rusty Lay, and her supervisor Mollie Smith, who manages the aquaponics system at E.W. Shell, to design and construct the moveable, soilless garden.

In order to do that, she first had to learn and understand the basics of aquaponics.

“At first aquaponics for me was just kind of an idea,” she said. “But this kind of a system really existed, where you can grow fish and produce together, and they support each other.”

At Auburn, the Aquaponics Project Group is a transdisciplinary, collaborative research, teaching and extension project that combines the efforts of faculty in the School of Fisheries, Aquaculture and Aquatic Sciences and the Departments of Biosystems Engineering, Horticulture and Poultry Science.

Aquaponics makes use of hydroponics and aquaculture technologies to provide a system in which nutrient-laden wastewater from fish production is used as a food source for plant growth. Water is pumped from fish tanks to the plants and, as plants absorb nutrients, the water is cleansed, allowing it to be recycled and reused.

The Auburn Aquaponics Project was created more than five years ago to conduct research, train students, demonstrate the economic and environmental benefits of aquaponics, and to provide the campus community with high-quality, safe and fresh fish to be served on campus.

The facility consists of four greenhouses, a filamentous algae cultivation system, and several raised garden beds. Fish and vegetables produced in the system are harvested on a regular basis and promptly transferred to campus dining locations.

At EARTH, Lukwesa had seen examples of this on a smaller scale. At Auburn, she learned just how large and varied aquaponics systems can be.

Her experimental system uses a nutrient film technique. It includes a small fish tank in which fish are fed with larvae and excrete waste in the form of ammonia, which is converted into nitrates, a plant nutrient. That nutrient-dense water is then pumped into hollow bamboo shoots holding the produce. It runs through the entire system and then drips back into the tank, creating an open-loop aquaponics system.

She chose bamboo because it is a renewable resource found abundantly in Zambia.

“It doesn’t have much worth,” she explained. “It’s more like an invasive weed that people want to cut down. But working with it like this could really serve so much.”

Her community back home is dependent on fish as a main source of protein, and the crops grown are heavily affected by climate disruptions.

“The greatest motivation for me is that I’m coming from a place where 95% of the crops is rain fed,” she said. “But because of climate changes there is not enough rain, and there are so many things that are not working at the moment. If we can promote a system like this using aquaponics, using fish wastewater and not depending on the conditions, that would promote food security and be really a good solution for such a community.”

Wells said Lukwesa — who was the first aquaponics intern in the history of the project — was at Auburn for 15 weeks and did “a fantastic job” in that time.

“I think we scratched the surface on it,” he said. “She did an incredible job and actually proved a couple concepts, like that you can use bamboo very easily for these types of things. If nothing else, that gave us places to go from here. And I hope to do that.”

Lukwesa’s interest in agricultural studies started with that seed planted by her grandparents and grew as it arose as a solution to a few issues in Zambia.

“Agriculture in our country is being looked at as a solution after so much dependence on copper,” she said. “There is now diversification of the economy to include agriculture. It hasn’t been much of a market, because many people don’t consider agriculture, especially youths. But I looked at it as a stepping stone to where I needed to be, to studying food and nutrition.”

She said she hopes to see more young people back home taking interest in agriculture, and aquaponics systems are exactly the kind of work that might just spark interest in the next generation of Zambian farmers.

“The future of our country depends on it,” she said.

Lukwesa finished her last semester of undergraduate studies in Costa Rica before returning to Auburn in January for graduate studies with Wells and the rest of the aquaponics team.

“For me to work with them on an aquaponics system, on this kind of soilless system,” she said, “the exposure to the science and the people that I have been working with, really that is the greatest motivation.” 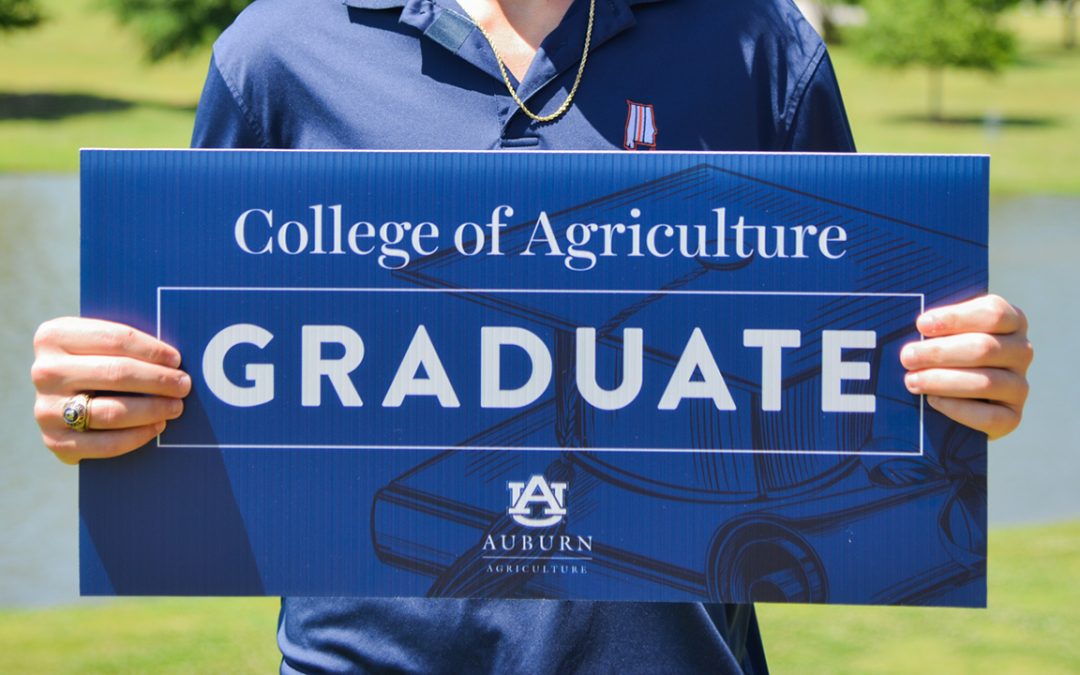