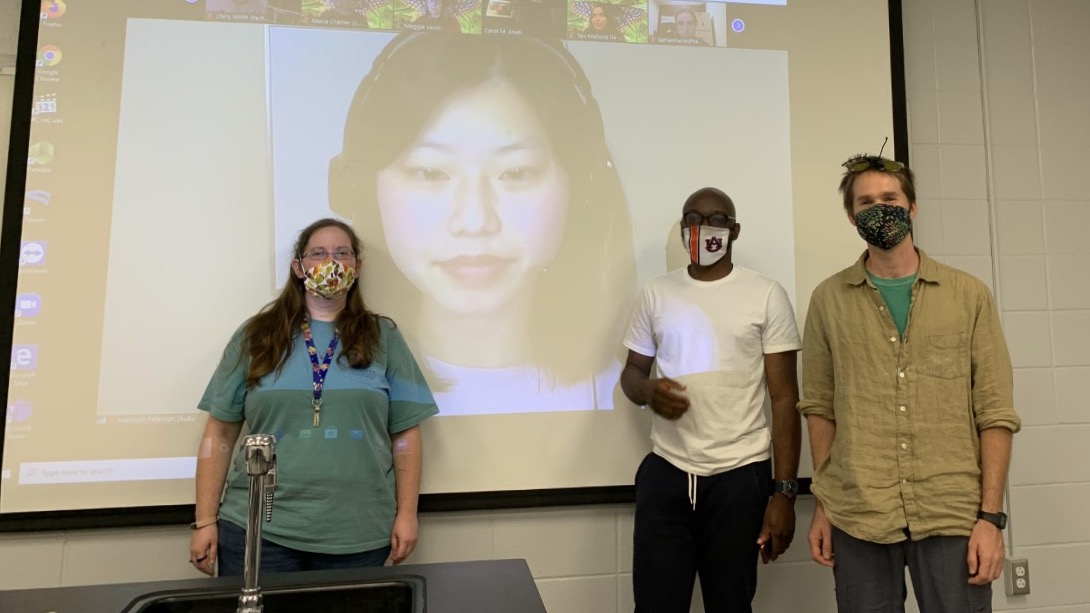 The Departmental Entomology Team comprising students in the College of Agriculture placed first in the 2020 Entomology Games held on Nov. 16 by the Entomology Society of America.

The Entomology Society of America was founded in 1889 and is the largest organization in the world serving the professional and scientific needs of entomologists and individuals in related disciplines. The Entomology Games, traditionally held over multiple rounds concurrent with the society’s annual meetings, was this year held virtually to prevent the spread of COVID-19.

The preliminary round consisted of a set of 50 questions from categories including biological control, behavior and ecology, economic and applied entomology, medical urban and veterinary entomology, morphology and physiology, biochemistry and toxicology, systematics and evolution, insect/plant interactions, the history of entomology, and entomology in popular culture.

The two highest-scoring teams from each branch moved to the finals, along with three additional “wildcard” teams for a total of 14 teams. The final round consisted of 40 questions and took place over Zoom.

The Auburn Departmental Entomology Team placed first in this final round in a tiebreaker with Purdue University and above 14 other teams from colleges and universities including University of Florida, Texas A&M, Rutgers, UC-Davis, North Carolina State and more.”

“I want to wish congratulations to our team members for their hard work that has paid off,” said Nannan Liu, team coach and endowed professor in the Department of Entomology and Plant Pathology. “Thank you for bringing honor to the department, college and university. You all did outstanding jobs, and I am proud of you all.”