Thirty Auburn University College of Agriculture employees won top honors for their outstanding accomplishments and dedicated service throughout the year during the college’s 2017 faculty and staff awards program in Auburn in December.

“These individuals have truly gone above and beyond in the past year to advance their respective research, outreach, instructional and administrative programs,” Dean Paul Patterson said. “It is the type of work they have displayed that elevates our college, the Alabama Agricultural Experiment Station and Auburn University.”

Alan Wilson, associate professor in the School of Fisheries, Aquaculture and Aquatic Sciences, won the Dean’s Award for Excellence in Instruction.

Kathy Flanders, Extension entomologist and professor in the Department of Entomology and Plant Pathology, earned the 2017 Dean’s Award for Excellence in Extension and Outreach, Senior Level. At the Junior Level, the recipient was Dennis Brothers, Extension poultry housing specialist.

Department of Horticulture student services coordinator and academic advisor Brian Brown received the Dean’s Award for Excellence in Advising and Student Support, and co-worker Nancy Heard, longtime horticulture administrative support associate, was one of two employees from across the college and AAES selected as 2017 Staff Employee of the Year Award winners.

The other Staff Employee of the Year Award for 2017 went to Scott Rikard, manager of the Auburn University Shellfish Laboratory on Dauphin Island.

The Dean’s Grantsmanship Award, which is presented each year to every College of Agriculture and Alabama Agricultural Experiment Station researcher who has been awarded $300,000 or more in extramural grants and contracts in the fiscal year, went to 20 scientists who collectively brought in almost $10.8 million in research funding. The 2017 award recipients were: 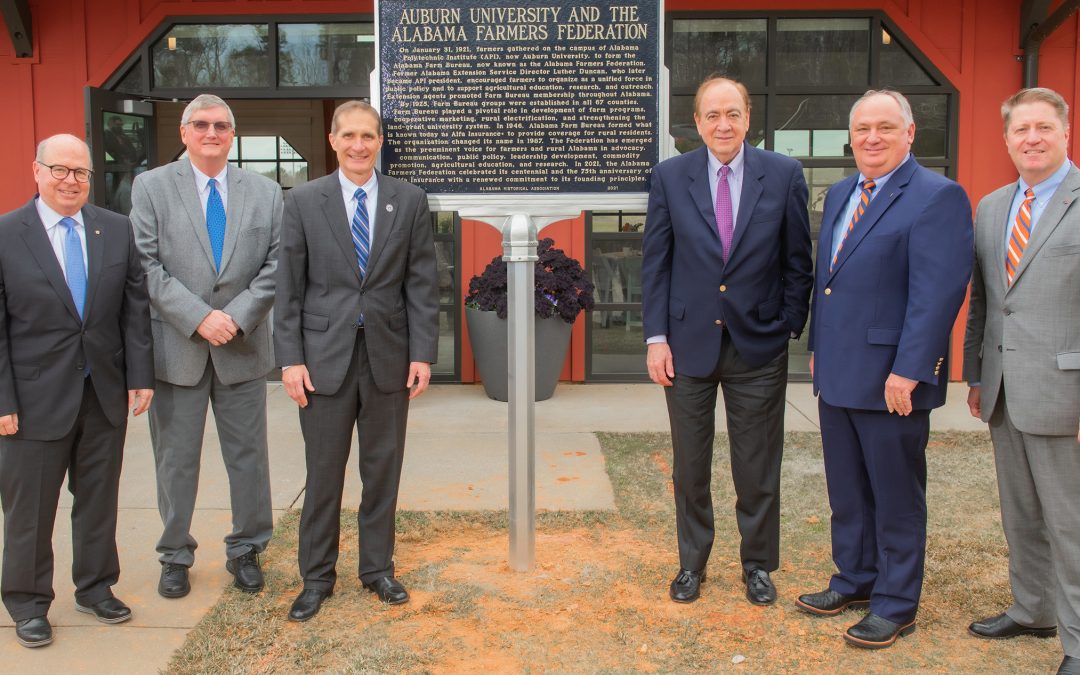 Auburn University and the Alabama Cooperative Extension System celebrated the Alabama Farmers Federation’s recent centennial celebration with the unveiling of a historical marker on Thursday, Feb. 17. The marker was erected at the Alfa Pavilion at Auburn’s Ag Heritage...