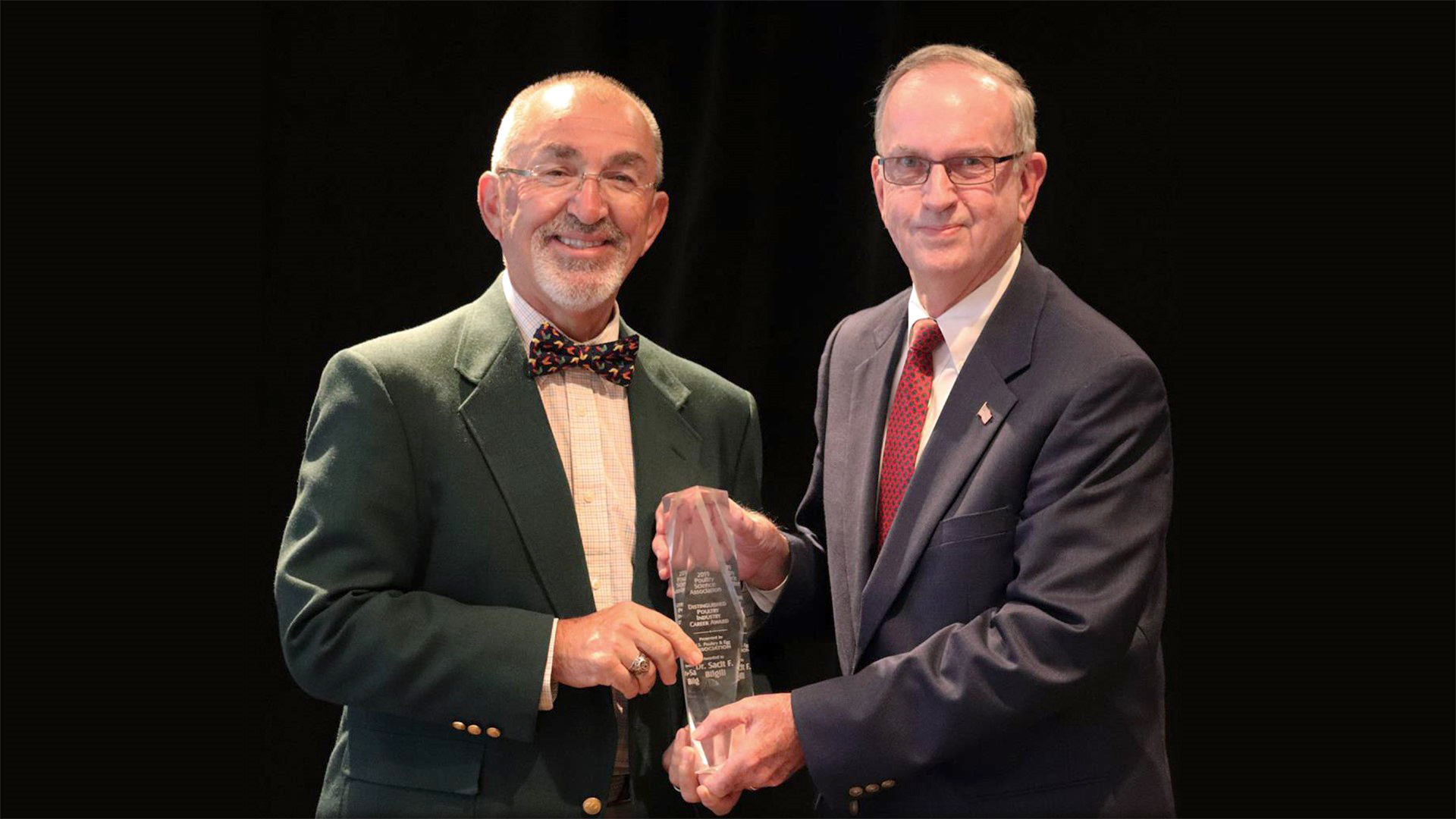 The Distinguished Career Award recognizes distinctive, exceptional contributions by a veteran industry leader. In addition to sponsoring the award, the national poultry and egg organization made a contribution to the Poultry Science Association Foundation on Bilgili’s behalf.

“We are pleased to honor industry leaders exemplified by Dr. Sarge Bilgili,” John Starkey, USPOULTRY president, said. “He is widely recognized for his many years of work and contributions to poultry welfare within the industry, with his scholarly work uniquely bridging the live production and processing phases of the broiler industry.”

Bilgili holds a Doctor of Veterinary Medicine degree from Turkey’s Ankara University, a master’s from Oregon State University and a doctorate from Auburn. He joined the Auburn University poultry science faculty in 1985 as assistant professor and extension poultry processing specialist, rising to the rank of associate professor in 1991 and full professor in 1996. He retired from Auburn as professor emeritus in 2015 but came out of retirement earlier this year to serve as interim department head.