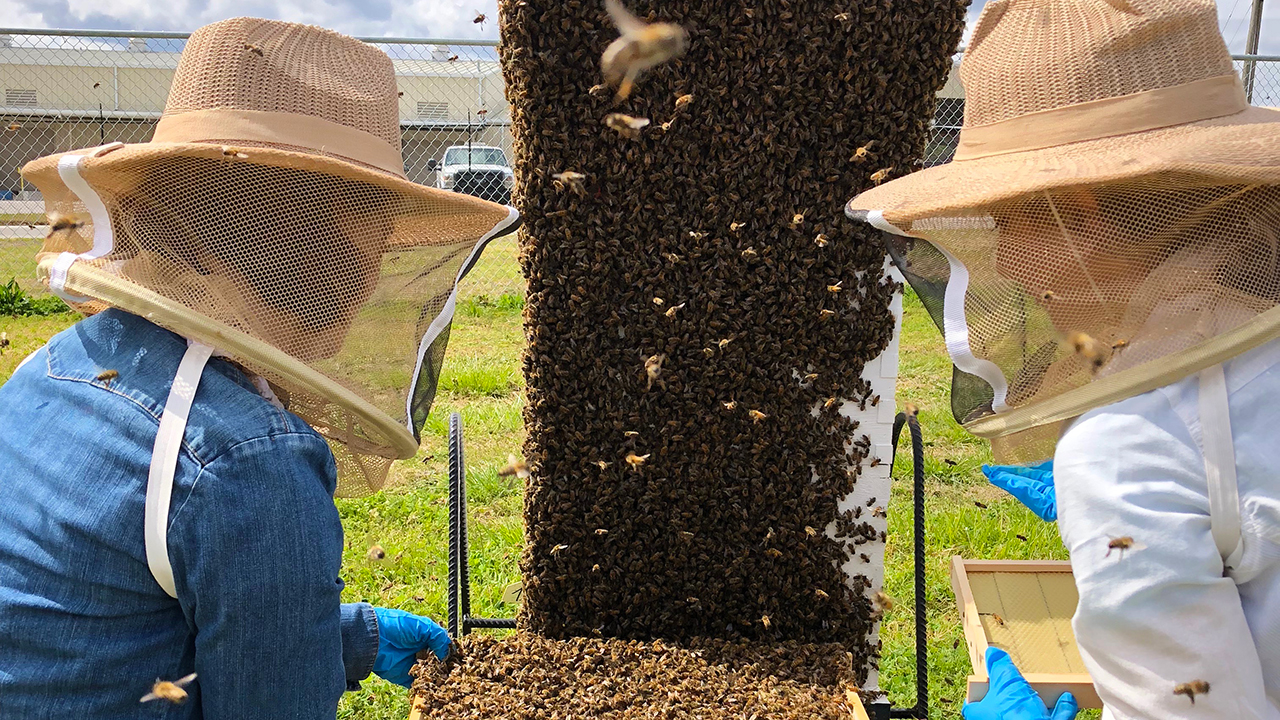 The nation’s beekeepers lost 40 percent of their managed honey bee colonies between April 1, 2017, and March 31, 2018, an increase of almost 7 percentage points from the previous year’s total loss rate, results of an annual nationwide survey show.

Greater colony mortality during the 2017-18 winter months pushed the overall loss rate higher, with survey respondents reporting a 30.7 percent rate of loss from October to April. That is up significantly from 2016-17’s record low of 21.1 percent and is 2.8 percent higher than the 10-year average winter loss rate.

“Winter is a critical period for honey bee colonies, as production of new bees slows or stops altogether,” said Geoffrey Williams, Auburn University assistant professor of insect pollination and apiculture and 2017-18 colony loss survey coordinator in cooperation with University of Maryland researchers. “There also can be a lack of food.”

Small-scale beekeepers typically have higher winter losses than their commercial counterparts, Williams said, and such was the case in 2017-18, with backyard beekeepers losing 46.3 percent of their colonies over the six-month period compared to sideline producers’ 38 percent rate of loss and commercial beekeepers’ 26.4 percent loss rate.

The survey also tracked summer-season colony mortality in 2017-18 and found that beekeepers lost 17.9 percent of their managed colonies, on par with the 2016-17 loss rate.

Especially interesting in this year’s survey results was the rate of colony loss that beekeepers deemed acceptable. The 2017-18 data set the acceptable loss rate at 20.6 percent, up from 18.7 percent in 2016-17 and the highest percent since the survey began in 2006-07.

“We don’t have a solid explanation of why that acceptable rate continues to climb, but it could be that beekeepers are being realistic about potentially higher losses,” Williams said. “For them, it could be the new norm.”

As of May 14, some 4,794 beekeepers who collectively manage 175,923 colonies, or 6.6 percent of the nation’s 2.67 million managed honey bee colonies, had responded to the survey, representing all 50 states, the District of Columbia and U.S. territories. The federally funded survey, conducted by the nonprofit Bee Informed Partnership, is open to every beekeeper in the country, including backyard, sideline and commercial producers, defined as those managing 50 or fewer colonies, 51 to 500 colonies and 501 or more colonies, respectively.

While several parasites, pests and diseases can contribute to colony mortality, the No. 1 enemy of honey bees and beekeepers in the U.S. and around the globe is the varroa mite. The external parasite is highly reproductive and can spread easily from one colony to the next, vectoring viruses as it feeds on adult and immature bees.

“Some hobbyists think they can just put a couple of boxes of bees in their yards and forget about them till it’s time to go harvest some honey, but constant monitoring and sound management practices are absolutely necessary,” said Evans, a certified master beekeeper who, in his 25 years of beekeeping, has consistently and meticulously maintained 10 healthy colonies.

This was the 12th annual national winter colony loss survey, and the eighth survey to include yearly and summer loss rates as well. Beekeepers say the survey is an important tool for the industry.

“This survey is beekeepers’ chance to share their experiences with policymakers who keep thinking the ‘bee problem’ is over,” retired Florida beekeeper David Mendes said. “They need to know that bees and beekeepers are still in jeopardy and need help.”

Evans said the statistics should also be a call to action for producers, especially backyard beekeepers, to be vigilant in monitoring and inspecting their colonies and to step up their management programs.

Results of the 2017-18 survey and all past surveys can be found at beeinformed.org. State-by-state colony loss data from the latest survey will be available in the coming weeks.