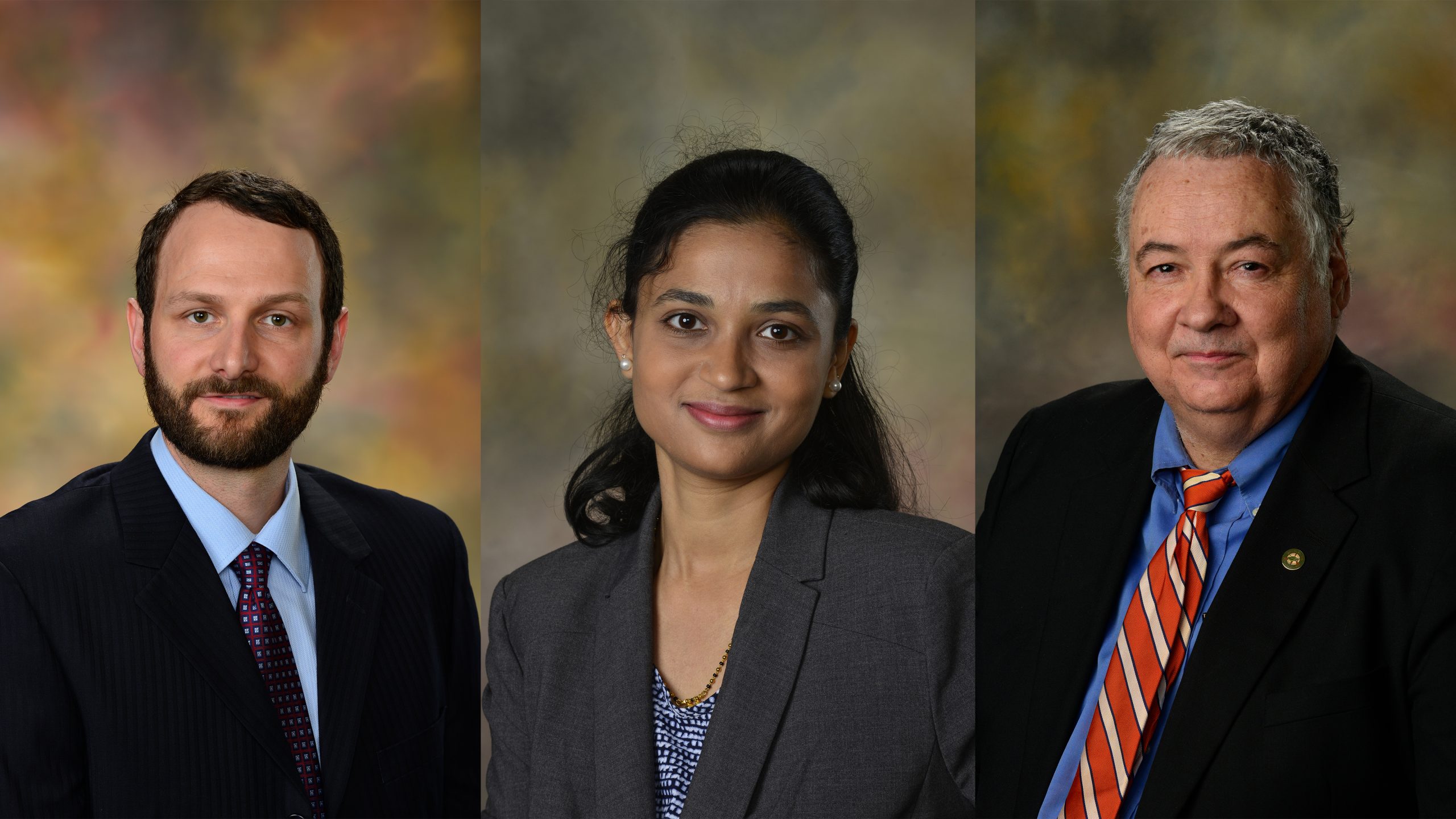 One College of Agriculture faculty member was recently reappointed an eminent scholar and two others received endowed professorships.

Rex Dunham, alumni professor in the School of Fisheries, Aquaculture and Aquatic Sciences, was reappointed the Butler-Cunningham Eminent Scholar. He received the honor for the first time in 2019.

The Butler-Cunningham endowed eminent scholar position, which is administered through the College of Agriculture, was established at Auburn by Eugene Butler and Emory Cunningham in 1990. Butler was the long-time editor of the southwest version of Progressive Farmer Magazine, which his father launched in 1900. Cunningham, an Auburn alumnus with a degree in botany, was the long-time president of Southern Progress Corp., the parent company of Progressive Farmer and Southern Living. He also served on Auburn’s Board of Trustees for 12 years.

Dunham earned his bachelor’s degree at the University of Illinois in ecology, ethology and evolution in 1978 and his master’s and doctorate from Auburn in 1979 and 1981, respectively. His primary research interest is the genetic improvement of catfish. The areas and related areas within catfish genetics include selective breeding, hybridization, gene transfer, gene mapping and genomics and reproductive physiology.

Potnis received her doctorate from the University of Florida and B.S. and M.S. in microbiology from the University of Pune. Her research program focuses on advancing the fundamental understanding of dynamics of host- pathogen interactions and finding ways to integrate this knowledge to better manage plant diseases. She also is interested in understanding how ecological factors shape the outcome of plant-pathogen interactions. Her program emphasizes the power of Omics tools in achieving these goals.

Paul Dyce, associate professor in the Department of Animal Sciences, was named the Auburn University College of Agriculture’s Rowe Endowed Professor. The endowed professorship was established by 1978 Auburn alumni Mike and Leann Rowe to support tenured faculty who have a demonstrated strong commitment to students, teaching, research and service.

Dyce, who has been an Auburn faculty member since 2015, received his Ph.D. and M.S. in animal and poultry science from the University of Guelph, Canada.

His main research programs involve the exploration of intra-ovarian signaling pathways required for normal oocyte/embryo development within livestock species. This has the potential to improve in vitro oocyte techniques such as growth, maturation and cryopreservation within agriculturally relevant species. Dyce also is researching molecular methods to improve heifer selection for reproductive potential in order to improve the sustainability and efficiency of the cow-calf sector.

“These faculty members have each contributed in major ways to their respective disciplines, and they are well deserving of these distinctions,” said Paul Patterson, dean of the College of Agriculture and director of the Alabama Experiment Station. “For many years, their work has been vital not only to the Auburn community but to communities throughout the world.”