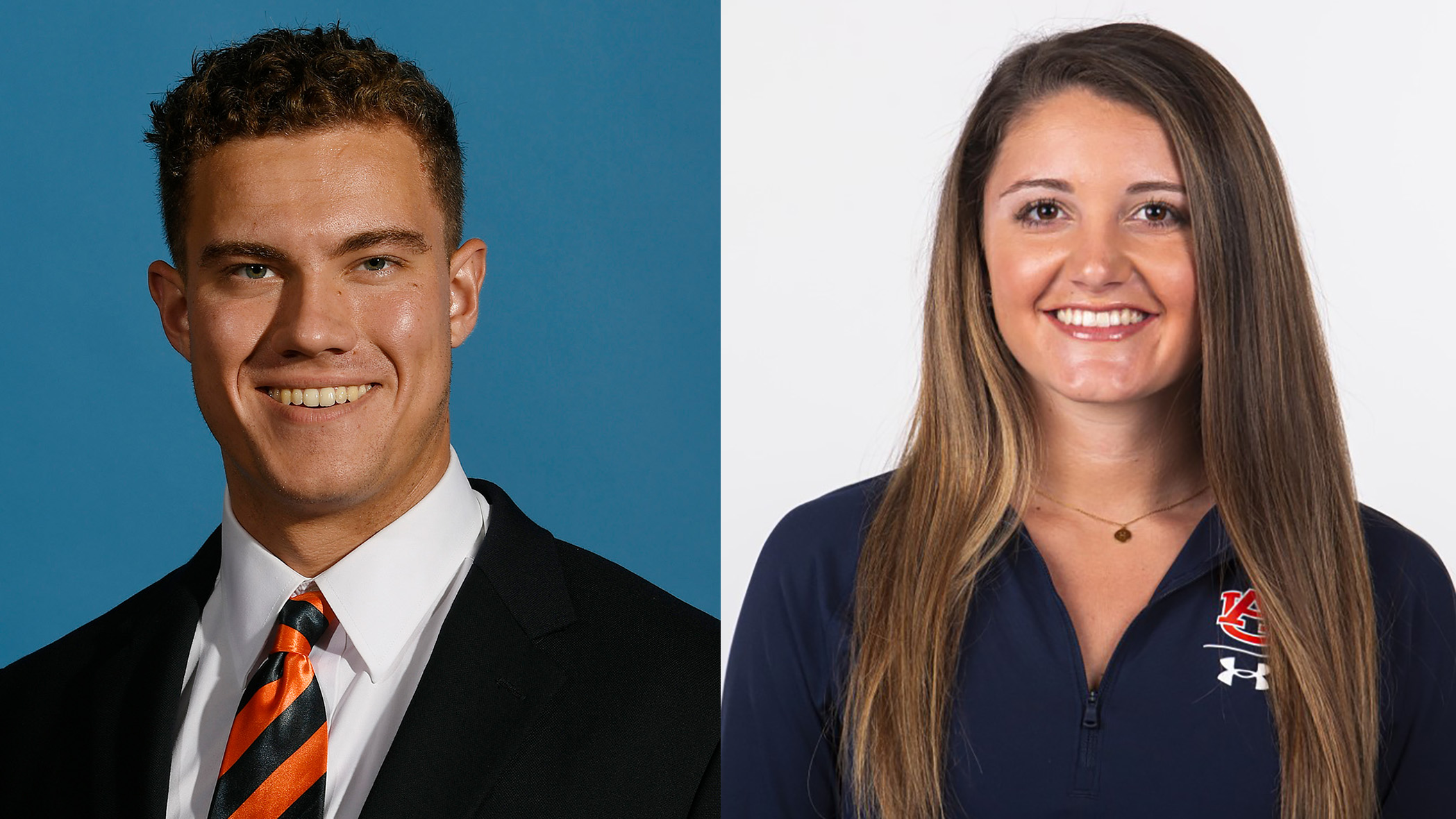 Two Auburn University students with connections to the College of Agriculture have been named NCAA Jim McKay Scholarship recipients.

Auburn’s Bill Taylor and Helen Ulrich will each receive a $10,000 Jim McKay Scholarship, awarded by the NCAA to college athletes who demonstrate achievement in sports communication or public relations or hope to contribute to the field. The scholarships will be used toward postgraduate studies.

Taylor, the long snapper for the Auburn football team, graduated with a degree in agricultural communications in December. Ulrich, who competed in equestrian at Auburn, graduated with a degree in journalism this spring. The Auburn University Equestrian Center, home of the six-time national champion Auburn equestrian team, provides premier equine research and training with the College of Agriculture’s Department of Animal Sciences.

The McKay Scholarship recognizes a student-athlete’s outstanding academic achievements and potential to make major contributions to the sports communications industry. The scholarship was created in 2008 to honor pioneer sports journalist Jim McKay, and the recipients are selected by the NCAA Walter Byers Scholarship Committee.

Taylor, Auburn’s long snapper the past three seasons, posted a 3.59 GPA while earning his undergraduate degree. He earned SEC academic honor roll honors from 2017 to 2019.

Taylor also was a member of his campus and SEC Student-Athlete Advisory Committees during his time at Auburn.

Taylor, who is from Northport, Alabama, plans to pursue a master’s degree in agricultural leadership.

During his youth, Taylor spent time on his father’s catfish farm. It led to his passion for working in agricultural communications. In his application essay, Taylor said he composed an analysis comparing conventional and organic agriculture. He attended the Alabama Agriculture Expedition trip during spring break of 2020 to visit farms and hear concerns from farmers throughout the state.

Last summer, Taylor interned at the Alabama Farmers Federation in the governmental and agricultural programs department to learn more about agriculture policy and communication initiatives.

Taylor’s long-term goal is to work in agricultural lobbying or for a government agency involved in agriculture.

He hopes to bridge any knowledge gaps for those outside and within the agricultural community.

In his application essay, Taylor wrote, “I hope my work will contribute to sustainable food systems through analyzing ways in which the agriculture industry could improve its public image by utilizing more communication channels. I want to refine my knowledge of our food system and gain experience in solving current issues that require diligence and teamwork.”

Ulrich has decided to return to Auburn for a fifth season of competition, which was a blanket waiver option for student-athletes after the COVID-19 pandemic canceled competition in March 2020.

In her application essay, Ulrich listed her short-term goals:

Her long-term goal is to pursue a career in the public relations field with a company or companies that recognize and reward individuals who consistently improve their skills while leveraging their talent to make a meaningful and measurable impact on their business.

Ulrich, who grew up in Mooresville, North Carolina, wrote in her application essay that she learned the value of connecting with others early in life.

“I learned that if I was going to succeed at highest levels both academically and athletically, hard work was essential. But my ability to clearly communicate with my coaches, teachers, teammates and family would help me simplify complex challenges and achieve my goals.”