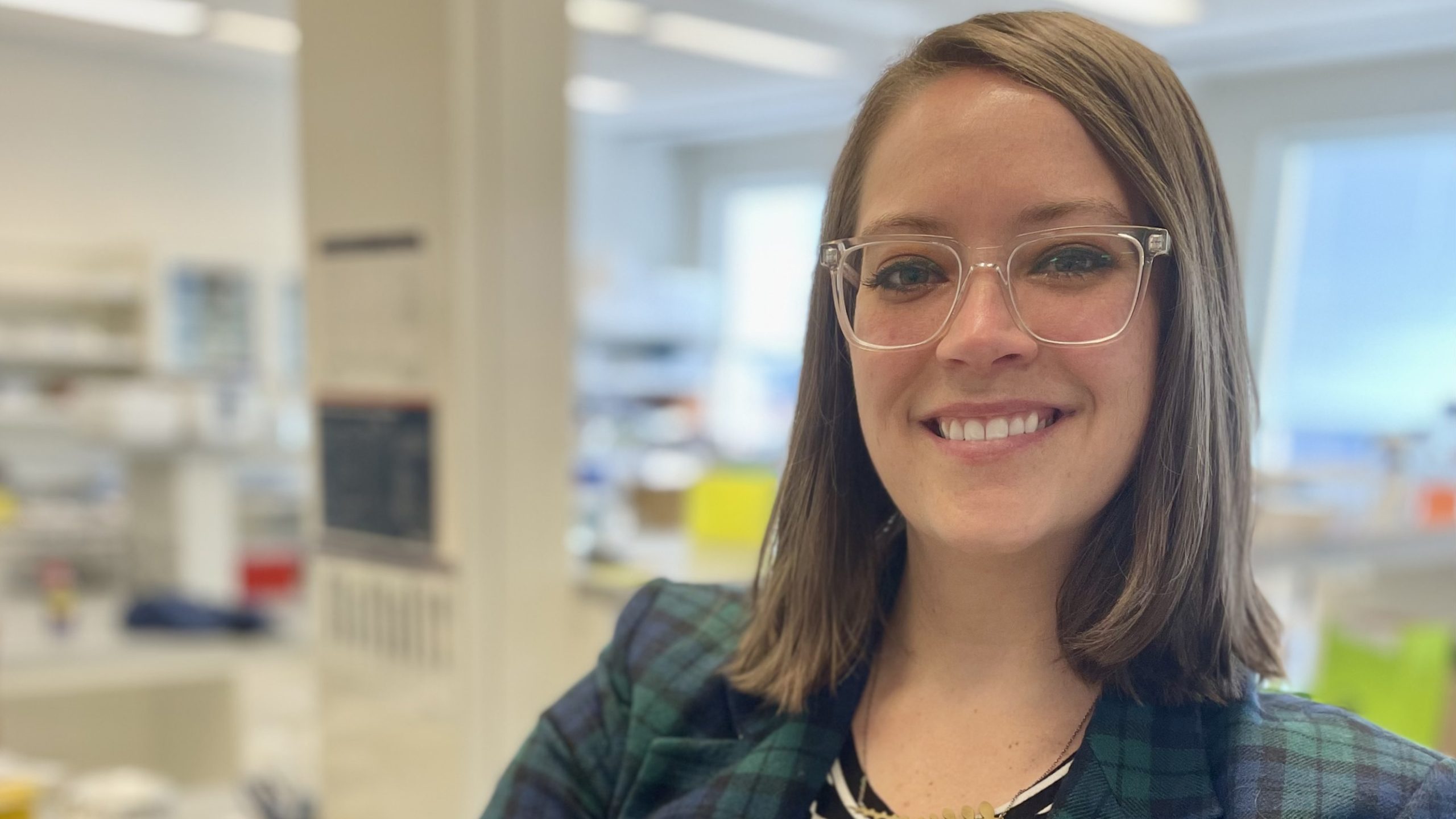 The beer industry has been steadily growing in the United States over the last decade, driven largely by the increased popularity of craft breweries. It is predicted to continue this growth with an estimated market value of $146 billion by 2025. To meet the growing demand of beer enthusiasts, breweries need a steady supply of the three main beer ingredients: barley, hops, and yeast.

Although the U.S. is second in global hop production, most of the hops are grown in the Pacific Northwest due to the temperature and climate needs of current hop varieties. Globally, hop production in 2020 increased by more than 1,100 hectares (roughly 2,056 American football fields). In an effort to ramp up the production of hops to satisfy all of the hoppy beer lovers out there, scientists and breeders are trying to create new varieties of hops that can grow across the U.S.

Hops are the flowers, or cones, of a plant called Humulus lupulus. Glands within the hop cone produce bitter acids and other essential oils that are important to help to keep beer fresher longer and help beer retain its head of foam. However, one of the most popular attributes of hops is adding “hoppy” aroma, flavor and bitterness to beer. Hops are very sensitive to their environment and can only grow at a commercial scale in certain parts of the country.

In addition to their limited geographic footprint, growing hops is also complicated by the fact that only female plants develop economically valuable hop cones. Male plants are necessary for breeding purposes but must be separated from females in the fields so that they do not fertilize female plants, causing unintended crosses and the production of seeds that negatively affect the beer flavor profile. Using traditional breeding methods, breeders must wait up to two years to determine if any given plant in the field is male or female.

One way to improve the hops industry is through identifying the sex-determining genes to better control the sex of the plant. However, few hop varieties have had their genome sequenced to a level and quality necessary to investigate sex chromosomes. Carey’s fellowship project aims to create high-quality reference genomes, fully assembled into chromosomes for all five H. lupulus varieties.

The reference genomes and other genomic tools developed during Carey’s fellowship will help identify genetic markers of sex determination, allowing breeders to identify the sex of plants earlier. Early identification of male plants would reduce water and land usage, and allow more female plants to be grown. The tools will also allow breeders to identify genetic markers of other valuable traits like drought tolerance and pest resistance.

“This fellowship gives me the opportunity to take the skills that I gained studying mosses and evolutionary genetics in graduate school and apply them to an agricultural crop,” Carey said. “By doing this work at HudsonAlpha, I will also be immersed in cutting-edge genomics that I can combine with my current skillset to create a hop breeding pipeline that is directly useful for the botanical and agricultural world.”

A pipeline to create regional hops

Carey already has plans to use the genomic resources she is developing over the next three years to create an Alabama sourced hop. She and the Harkess lab have been collaborating with researchers at Auburn, like Andre da Silva’s lab, to begin the process of growing hops in Alabama, a state that is outside of most hop varieties’ environmental comfort zone. They plan to get different varieties to make different genetic crosses, relying on the hop genomes and genetic markers from Carey’s project to establish hop varieties that can grow in the climate and environment here in Alabama.

“Sarah has built a powerful network of collaborators and stakeholders that spans industry, academic, agronomic, and biotechnology partners, to come together to grow a new crop in a new place,” Harkess said. “Hops grow in an extremely limited geographic region, complicated by their unique reproductive biology and sex chromosomes. Sarah is approaching these problems from a different angle, leveraging the immense diversity of hop species, the evolutionary histories of those species, and her unique skillset of assembling complex plant genomes and sex chromosomes.”

As part of her fellowship, Carey also plans to establish the Southeastern Hop Alliance to build a community of hop scientists, breeders, brewers, and other stakeholders in the hop industry. Carey hopes to organize symposiums at Alabama breweries to bring together members of the alliance and provide updates on the genome references and tutorials on using the tools she is building. From this community, Carey aims to learn the many facets of hop breeding and the hop industry to better develop genomic tools for the needs of the people actually using them.

“I’m so grateful for the opportunity the USDA NIFA Postdoctoral Fellowship is giving me,” Carey said. “I get to learn about hop breeding from an academic, nonprofit, and industry perspective, while also learning the ins and outs of developing high-quality genomic toolkits. The end result, from the scientific perspective, will be genomic tools that will help accelerate hop breeding programs. But from a personal perspective, this fellowship will give me the skills I need to launch my career in plant genomics to new and exciting heights.”

To hear Carey talk more about her research in hops, listen to this episode of HudsonAlpha’s podcast Tiny Expeditions.