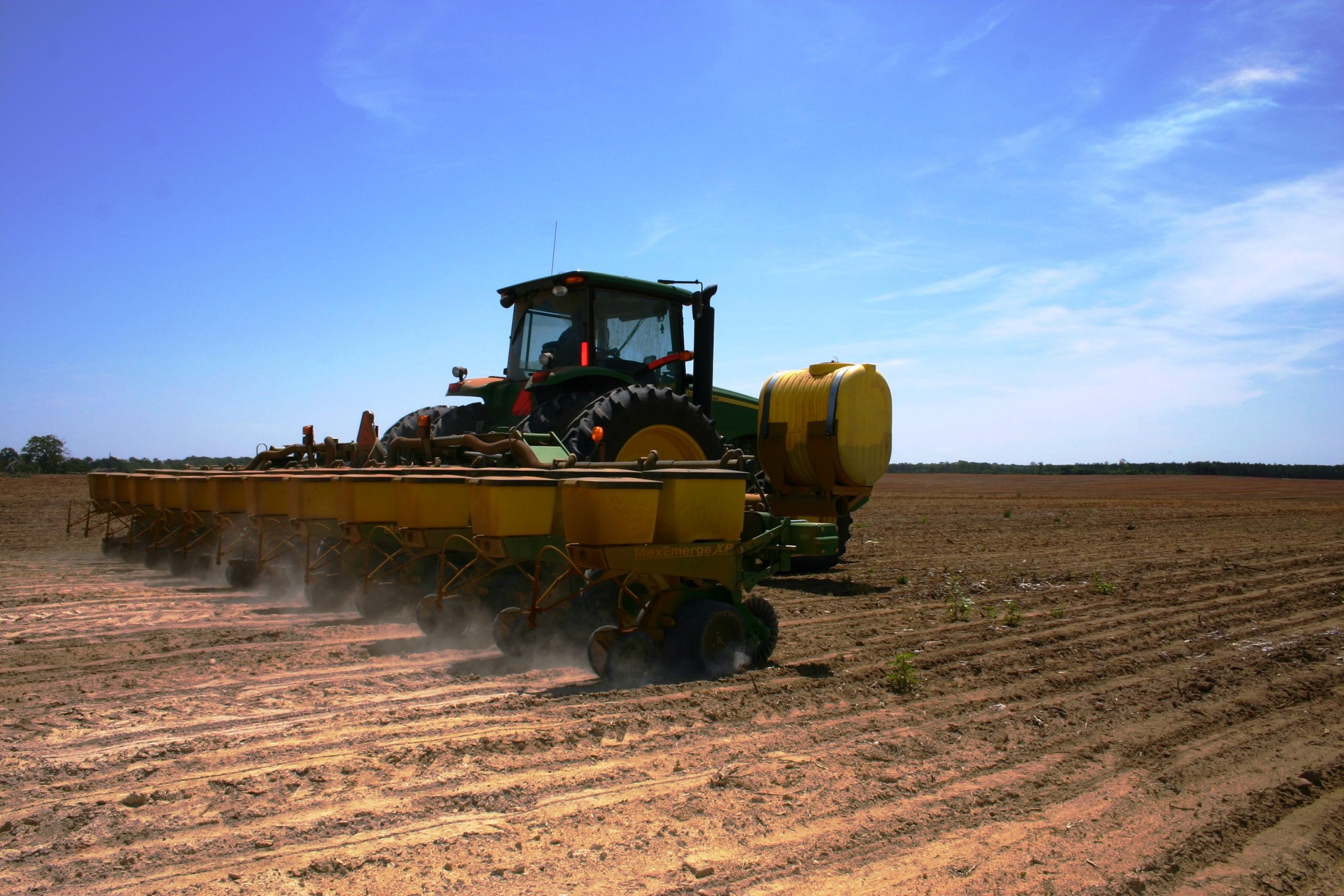 In Alabama, producers intend to plant more corn and cotton acres but fewer acres of soybeans and peanuts this spring.

Farmers throughout Alabama and the Southeast are gearing up for another spring planting season, with expectations running high for more favorable weather conditions and improved commodity prices compared to this past year.

A sure sign that it’s planting time is the release of the USDA Prospective Plantings Report in late March—the first indication of what farmers are considering for the coming season.

Planting trends for this spring are basically as expected, says Deacue Fields, chair of the College of Agriculture’s Department of Agricultural Economics and Rural Sociology. This year’s numbers also reflect a return to more “normal” crop rotations for Alabama farmers.

“In past years, when there have been large increases in certain acreages, growers seemed to be chasing the previous years’ prices,” says Fields. “But now there’s not a really good price to chase, and the acreages are leveling out more. Farmers are sticking more to their normal rotations and practicing good stewardship.”

The predicted increase in corn acreage for 2016 might be an indication that growers expect larger returns and higher yields from corn than with other crops.

“Right now, the prices are driven by global demand,” Fields says. “There are always cycles in farming, and we don’t know yet if we’re at the bottom of this one.”

The decrease in peanut acreage is a response to poor prices this past year and an unbalanced supply-and-demand sheet, but it still might not be enough to move the stock numbers significantly, Fields says.

“Peanut producers continue to increase their yields with improved varieties,” he says. “If you have a yield increase of 8 percent to 10 percent, then an acreage decrease of 15 percent probably won’t make much difference.”

Planting intentions for spring also show that growers are looking to minimize their risks through programs that became available with the passage of the 2014 Farm Bill.

“Crop insurance is available, and growers can use it to stabilize revenue over time,” Fields says. “There’s a better understanding this year of how to use these tools.”

Farmers in some Alabama counties were planting in soggy soils in early spring. At the Alabama Agricultural Experiment Station’s Wiregrass Research and Extension Center in Headland, conditions reportedly were “good and wet.”

Producers in the area appear to be following national trends in planting.

“Overall, we’re seeing some increase in corn acreage,” WREC director Larry Wells says. “Several of our corn producers planted in early March during an unseasonably warm spell, and that’s looking like a pretty good window right now. Other farmers are struggling to finish planting corn with the extremely wet conditions of late.”

Growers typically plant cotton first and then move to peanuts if conditions become drier, since peanuts are planted much deeper, Wells says. Research has shown that corn can be planted with soil temperatures of 55 degrees Fahrenheit at a 2-inch depth, cotton at 65 F and 2-inch depth and peanuts at 65 F 2 inches deep.

“My guess is we could see a little increase in soybean acres due to low commodity prices and the fact that they are a relatively low-input crop,” says Wells. “There is still some interest in grain sorghum for the same reasons as soybeans, and if not for the sugar cane aphid, I think that acreage would be up considerably.”

At the WREC, this past winter was difficult, and that is having a detrimental effect on forage plantings.

“We’re waiting for drier soils and warmer temperatures before planting most of our corn,” Wells says.

As Alabama farmers make the best of damp spring planting conditions, it’s not too early to begin thinking about longer-term weather forecasts and what effects they could have on crop production throughout 2016, says Brenda Ortiz, associate professor in the Department of Crop, Soil and Environmental Sciences.

Coming off what many termed the “Godzilla” El Niño, forecasts are now favoring a “Neutral” phase going into spring and summer, she says.

El Niño, La Niña and Neutral are the three climate phases of ENSO, the El Niño–Southern Oscillation. In the Southeast, the ENSO phenomena affect rainfall and temperatures during the fall, winter and spring months, with an El Niño occurring every two to seven years. Winters and springs are wetter and cooler than normal in El Niño years but drier and warmer than normal in La Niña years. La Niña summers are often rainier and cooler than El Niño summers because of increased tropical storm activity, which is usually suppressed by El Niño.

“The current forecast tells us the probability of the El Niño continuing during the summer is getting lower, at 40 percent, while being in a Neutral phase in May, June and July is 40 percent,” she says. “Historically, when El Niño is declining, we could go either into the Neutral phase or changing to La Niña.”

If El Niño is declining, it means the waters in the Pacific are returning to their normal temperature. But going from normal to cooler will take a few months, Ortiz says.

“There is an indication now that we’ll go into La Niña in the fall, but it’s a very difficult period of the year to predict,” she says. “Some think the Neutral phase means average, but it doesn’t. We might see average conditions, but based on what we know, it means the climate will be highly variable.”

The benefit of being in an El Niño during the winter, as was the case in Alabama this past year, is that aquifers, streams and rivers are recharged with frequent rainfall, providing water for irrigation this summer.

Several tools are available to farmers to help reduce their future risk to extreme weather variabilities. Many of these can be found at www.agroclimate.org.

“Based on past years, these tools can inform growers of what can occur during different climate phases,” Ortiz says. “It won’t forecast exactly what will happen, but it will provide data of what has occurred in the past, and farmers can prepare on that basis.”