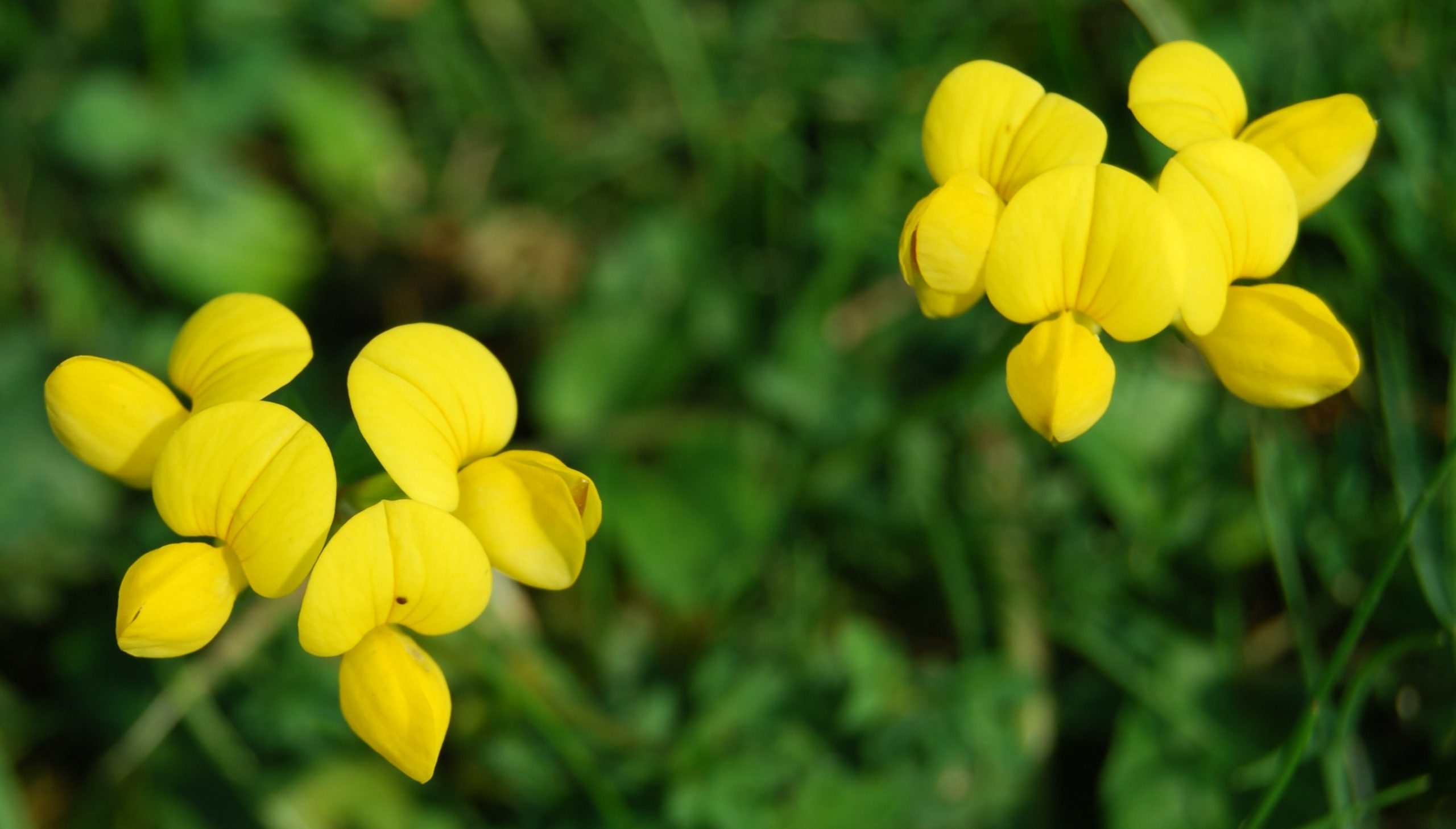 A NEW BREED—Birdsfoot trefoil, a leafy plant that boasts bright yellow pea pod–like flowers, is a high-quality forage legume that does not cause bloating in cattle. Auburn plant breeder Edzard van Santen and scientists from universities across the country are working to develop a new, improved birdsfoot trefoil cultivar that has a longer growing season and a higher level of tannins than existing cultivars.

Auburn University plant breeder Edzard van Santen is using a $402,500 competitive grant from USDA’s National Institute of Food and Agriculture to develop an improved variety of a non-bloating forage legume that could help beef producers across portions of the eastern and central U.S., including those in the northern third of Alabama, operate more efficiently, profitably and environmentally sustainably.

The crop is birdsfoot trefoil, a high-quality and long-lived drought-resistant legume that grows well in northern states. In the four-year project, van Santen and a team of scientists hailing from universities in Idaho, Kentucky, Michigan, Missouri, West Virginia and Utah aim to create a cultivar that is adapted to a wide geographic region, has a long and productive stand life, is compatible with forage grasses such as tall fescue and contains a high concentration of chemical compounds known as condensed tannins.

The condensed tannins in birdsfoot trefoil are highly beneficial in cattle production for two primary reasons: They suppress internal parasites, and they help the animals better digest the proteins in pasture grass, which not only leads to more efficient weight gain but also prevents bloating and the subsequent methane emissions into the atmosphere.

Birdsfoot trefoil is well-adapted to the northern U.S., but existing birdsfoot trefoil cultivars don’t persist well across a strip of the country that stretches from the East Coast westward to portions of Kansas and Oklahoma and southward into north Alabama. It is known as the eastern transition zone, where both warm-season and cool-season forages can be grown.

“Beef is an important agricultural product in every state, including those in the transition zone,” van Santen says. “A new birdsfoot trefoil cultivar that could be planted with tall fescue in pastures could enhance the rate of weight gain in cattle without raising input costs, which would increase farm profitability.”

Birdsfoot trefoil is also a nitrogen-fixing crop, meaning that it uses nitrogen from the air for growth, and that reduces the need for costly nitrogen fertilizer.

“The use of nitrogen-fixing forage legumes as a source of feed for ruminants would contribute to the improved resiliency and sustainability of grassland-based agriculture,” van Santen says.

Over the course of the project, scientists on the team are conducting trials at their respective locations on eight existing cultivars that have been selected for yield, winter hardiness and seed size. In addition, van Santen, the sole plant breeder on the project, will be evaluating 130 birdsfoot trefoil accessions from the National Plant Germplasm Center for tannin content. The ultimate goal is a transregional birdsfoot trefoil with moderate to high condensed-tannin concentration and a longer, more productive stand life than existing cultivars.

“Birdsfoot trefoil is recognized as a highly sustainable forage for beef production because of its efficient use and potential to reduce greenhouse-gas emissions, and in New Zealand, Australia and other major cattle-producing countries, the development of BFT germplasm and the release of cultivars has been continual,” van Santen says. “Yet there’s been a gap of nearly 30 years in the release of an improved cultivar in the U.S.”

Jeffrey Pedersen, van Santen’s predecessor as forage breeder at Auburn, released the cultivar AU Dewey in 1978, but it never gained much traction because it entered the marketplace during times of cheap nitrogen fertilizer. It was, van Santen says, “a solution way ahead of its time.”

In addition to the USDA grant, van Santen also was awarded a $49,500 grant through the Alabama Agricultural Experiment Station to support the study.

A seasoned agriculturalist who spent 21 years with the College of Agriculture at Auburn University will give a special lecture on agricultural research at 4 p.m. Thursday, Sept. 22. Gale Buchanan will give a lecture titled “Agricultural Research: What has it done for...