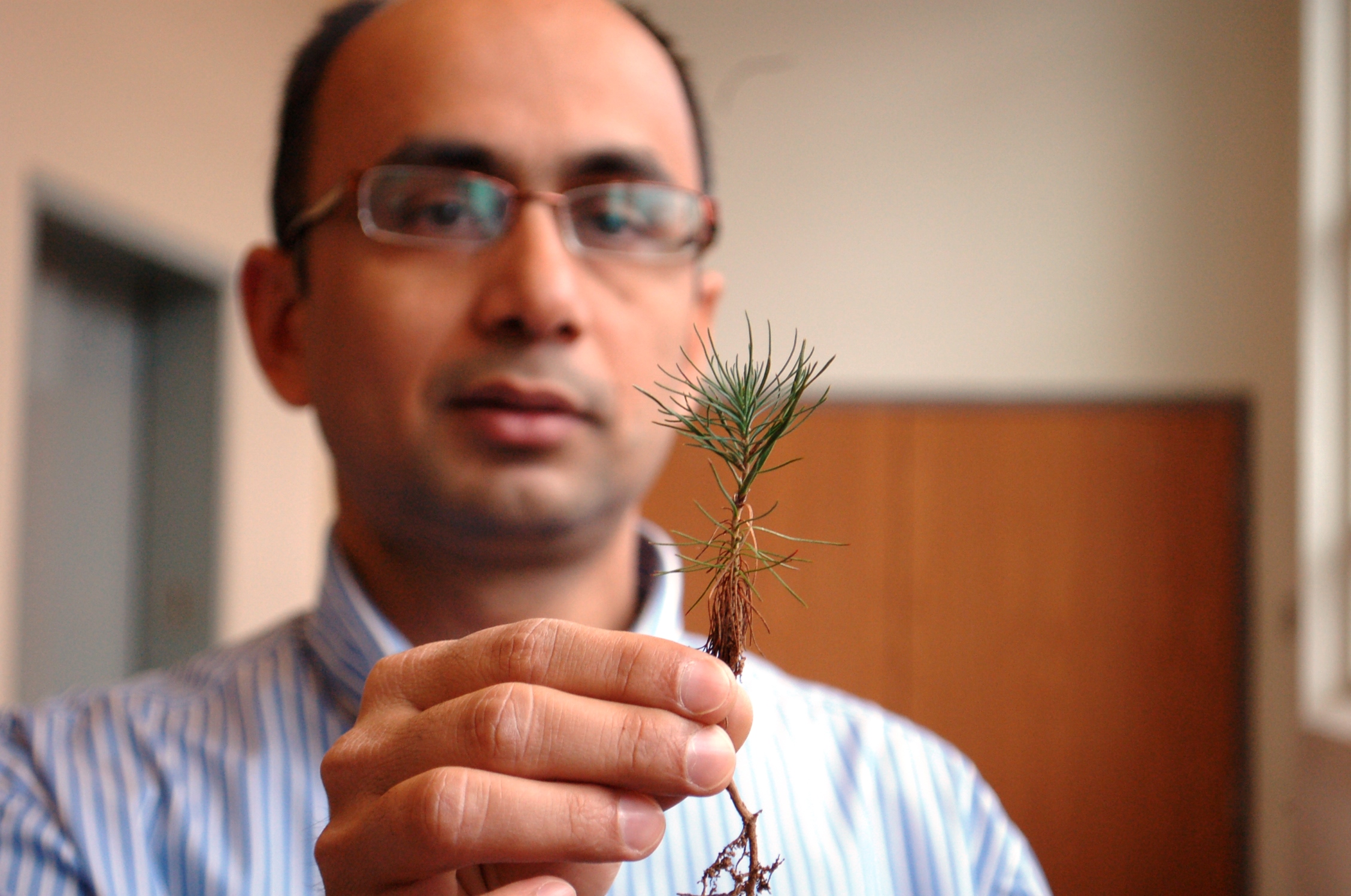 AUBURN, Ala.—Sushil Adhikari, an Auburn University biosystems engineering associate professor and Alabama Agricultural Experiment Station scientist, is conducting research with the potential to impact the state’s economy dramatically. Through a process known as gasification, Adhikari is converting pine trees into a gas that can be used to produce gasoline and other liquid fuels.

A member of the Department of Biosystems Engineering faculty since 2008, Adhikari is a native of Nepal, where, as a child, he saw firsthand the economic and political implications of that country’s energy dependence. The experience led him to the field of biofuels research and, eventually, to Auburn.

While biofuels research has been taking place in Auburn’s College of Agriculture for years, and with significant results, Adhikari’s work is different because he is utilizing one of the state’s most valuable and widespread commodities—pine trees—to produce liquid fuels such as gasoline and diesel.

“We’re using loblolly pines, which are ideal because the growth and survival rates are good and because they are one of the most widely grown species in this part of the country,” Adhikari said.

Gasification, the process Adhikari is using, is similar to what happens in a fireplace, where oxygen and wood react to produce carbon dioxide and heat. During the gasification process, researchers increase the temperature and limit the oxygen supply, yielding a substance known as synthetic gas, or syngas, which is made of carbon monoxide, hydrogen, carbon dioxide and methane. The syngas is then subjected to a series of chemical reactions that ultimately transform it into a liquid fuel that can be used to power vehicles, farming equipment, even jet engines.

Though pine trees are plentiful in the Southeast, Adhikari said the cost of the fuel itself likely will inhibit the rapid adoption of pine-derived fuel as an alternative power source, but he said consumers should consider the potential economic and political impacts such technologies could have, particularly in economically depressed regions, when calculating the “true” costs.

“What if someone in your neighborhood got a good job because of the development of this technology, this biofuel?” Adhikari said. “It is difficult to factor the real costs—and the real benefits—of these alternative fuels. We should let emerging technologies like this mature so that they can become cost-competitive.”

In 2013, Adhikari was honored by the American Society of Agricultural and Biological Engineers (ASABE) as the top young researcher in the nation and also received a Dean’s Grantsmanship Award from Auburn’s College of Agriculture for the third year in a row. Dr. Adhikari is a past recipient of the Alabama Agricultural Experiment Station Director’s Junior Researcher Award and the Alabama ASABE Young Engineers Award. His research has been supported by funding from the Alabama Agricultural Experiment Station as well as from the National Science Foundation, the Electric Power Research Institute, the U.S. Department of Transportation and other extramural sources.