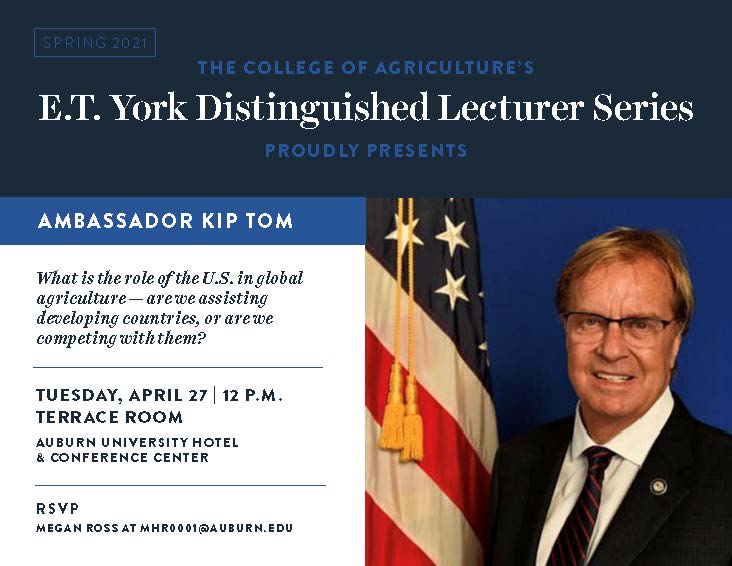 The lecture, set for 12 p.m. in the Auburn University Hotel and Conference Center Terrace Room, will discuss the role of the United States in Global Agriculture and ask, “Are we assisting developing countries, or are we competing with them?”

The E.T. York Distinguished Lecturer Series was established in Auburn’s College of Agriculture in 1981 through a gift from the late E.T. York and wife Vam Cardwell York, both Auburn University alumni and native Alabamians. It is free and open to the Auburn campus and community.

Seats for the in-person lecture are limited and may be reserved by clicking here. Box lunches will be given to those in attendance, and reservations for the lunch must be made by Wednesday, April 21. A live streaming option will be available at http://aub.ie/YorkLectureApril2021.