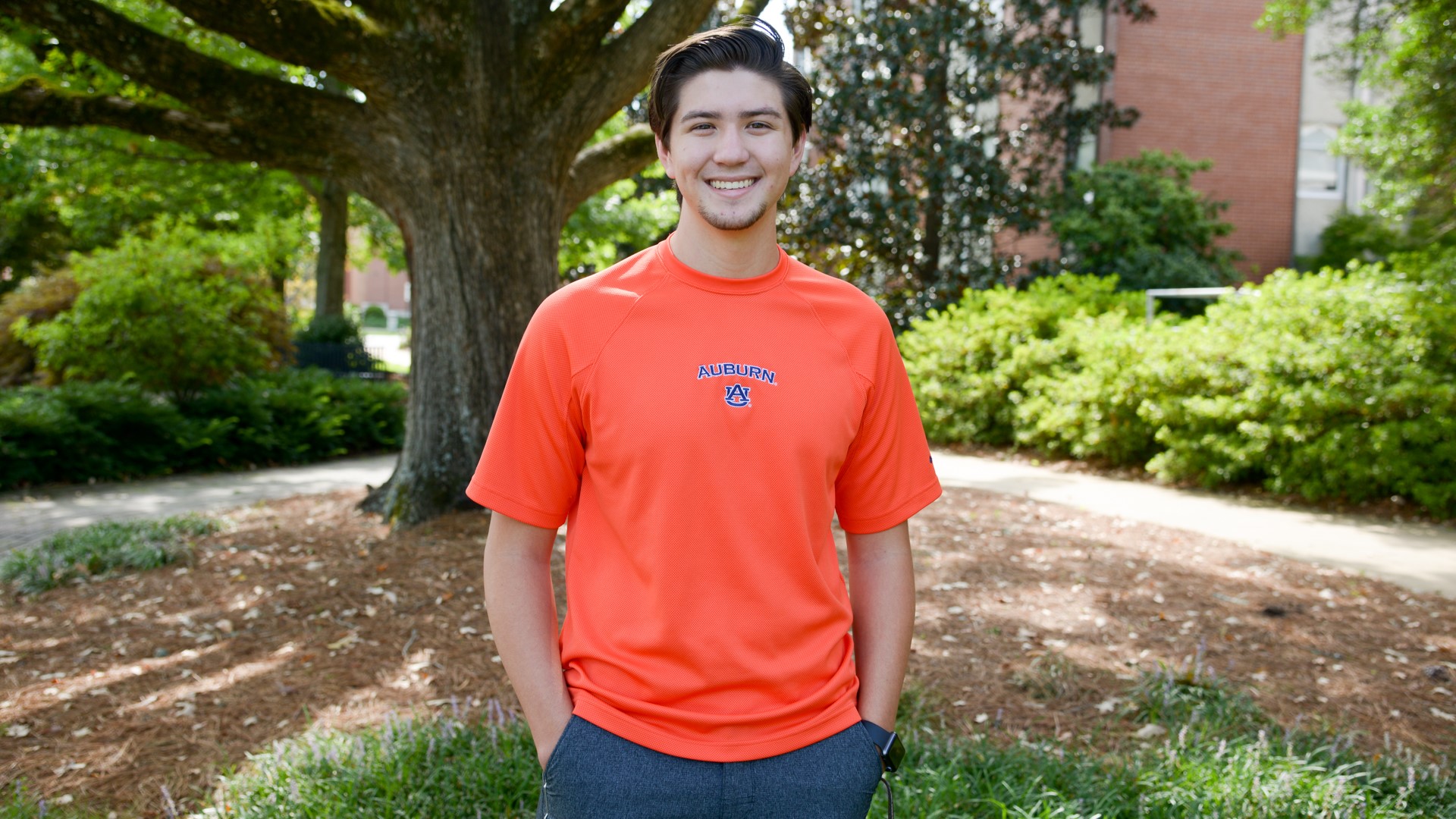 Eli Russell, a senior in the College of Agriculture’s Department of Crop, Soil and Environmental Sciences, brought home four first-place awards from the Weed Science Society of America’s 2019 National WeedOlympics, held recently at the University of Illinois at Urbana-Champaign.

WeedOlympics is sponsored annually by the Western, North Central, Northeastern and Southern weed science societies. It was in the Southern society’s competition that Russell finished first in both weed identification and the written sprayer-calibration test and won first-place undergraduate individual honors. At the national level, he outscored 68 competitors on the written calibration exam to claim first.

“Eli trained and competed with us as a graduate team, so he was responsible for mastering the same content,” said Browne, team leader. “He competed against eight other undergrads in the Southern society events and 68 undergraduates nationally.”

Russell will graduate from Auburn with a B.S. in crop and soil sciences’ science option in May 2020 and already is enrolled in his department’s accelerated master’s program in weed science. He expects to complete that degree in May 2021 and pursue a doctorate. His career goals are to teach and conduct research on herbicide-resistant weeds at a university.

A seasoned agriculturalist who spent 21 years with the College of Agriculture at Auburn University will give a special lecture on agricultural research at 4 p.m. Thursday, Sept. 22. Gale Buchanan will give a lecture titled “Agricultural Research: What has it done for...