Doctorate in food science a long time coming for ‘supermom’ 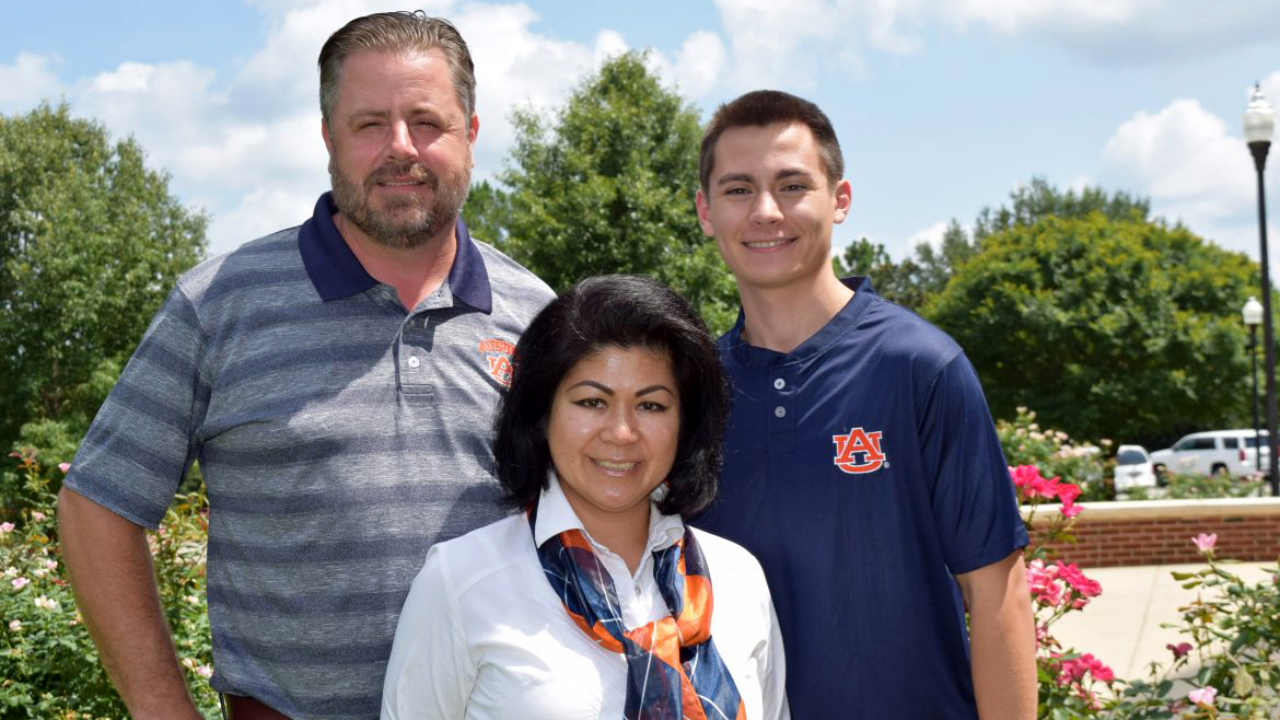 Gerri Santos-Norris isn’t going to sugarcoat anything. She isn’t about to tell you that going back to school after an almost 20-year hiatus is a piece of cake.

What she will tell you is that, more than once over her four-year journey to a doctoral degree in food science from Auburn University, she came close to throwing in the towel.

“Through the years, I’ve had periods or phases in my life that, when I look back on them, I’ll think, how did I make it through that?” she says. “I’m already asking myself that on this one.”

Calling it quits, however, was not an option.

“I’ve always stressed to the kids that, when you start something, you have to finish it, no matter how difficult it is,” she says. “If I was going to talk the talk, I had to walk the walk.”

True, the kids—Aaron, Jack, Taylor and Luke, ages 20, 16, 15 and 12, respectively—were watching, and you can bet they’ll be watching, and cheering, when she graduates with that Ph.D. Aug. 4 in the Auburn Arena.

“I think they’re pretty proud of me,” she says.

Filipino by birth, Santos-Norris and her two brothers came to the U.S. in 1977 to join their parents, who had immigrated two years earlier and settled in Los Angeles.

“They came to give their children the opportunity for stability and a good education,” she says.

At 15, she found the love of her life. His name was, and is, Aaron Norris, now Aaron Sr.

“We grew up in the same neighborhood, went to the same school and our families had the same values,” she says. “He was the one.”

Despite that certainty, the two level-headed teens decided they would go to college first and get married later, and in 1994, they both graduated from California State Polytechnic University, Pomona. His degree was in aerospace engineering and his goal to be an Air Force pilot. She majored in food and nutrition with plans for a career as a hospital dietician “until I discovered I hated hospitals,” she says, so she switched from the dietetics option to the food chemistry track.

“I realized that areas like product development and food safety were much more fascinating to me than food’s nutritional components,” she says.

A pilot’s position wasn’t open in the Air Force when they graduated, so Norris stayed in school and earned his master’s while waiting for the opportunity. She, meanwhile, got a job as a food consultant with an LA-area “flavor house” for the beverage industry and concentrated on creating new taste sensations for customers.

Taking advantage of a tuition reimbursement benefit her employer offered, she enrolled in the food science master’s program at Chapman University in Orange, California, in 1996. She had completed all the coursework, research and data analysis toward her advanced degree, everything but her thesis, when, in 1998, Norris got the call from the Air Force. The wedding they had long delayed finally happened, and they moved to Florida for the pilot’s slot Norris had coveted.

In late 2000—by which time Norris had been reassigned to a base in Ohio—the Chapman professor who had directed Santos-Norris’ graduate studies called to nudge her toward wrapping up her master’s work.

“She told me Chapman had a seven-year limit on how long after you start a graduate program you have to finish, otherwise, you lose all the work you had done,” she ways. “I knew I had to do it.”

“I was four months pregnant with Jack, our second, when I completed my thesis and five months when I flew back to Chapman to defend.”

As for life as a military spouse, Santos-Norris admits she entered the role blindly.

“Neither of us had ever been around people who were in the service, so we had no idea what to expect,” she says.

They soon found out.

“We lived three or four years, at most, in one place before moving to wherever his next assignment was,” she says. “I always found at least part-time jobs wherever we were to keep learning new skills and to ‘grow where I was planted,’ but I was first and foremost a supportive Air Force wife and stay-at-home mom.”

The thought of a Ph.D. had not entered her mind.

Norris was closing in on his retirement from 20 years of military service when he was transferred from Eglin Air Force Base in northwest Florida to Maxwell. In Montgomery, Alabama. Santos-Norris was not amused.

“Geographically, Maxwell was north of where we were, but Alabama just sounded—and felt—so, I don’t know, ‘South,’” she says.

She soon realized, however, that Montgomery was near Auburn and that Auburn was home to a university that offered a doctoral program in food science. The Norrises settled in Auburn, and with all the children well past the baby stage, Santos-Norris passed some of the parenting duties to her husband and made an appointment with Don Conner, head of Auburn’s Department of Poultry Science and the food science program within it.

What happened next was an excellent example of another lesson she had worked to instill in the Norris children.

“I tell the kids, when you walk through the forest, you need to look at the trees,” she says. “And sometimes, you have to shake those trees.”

When Conner told her no funding was readily available to support a doctoral student, she persisted. And persisted. Finally, Conner said he would find the money to match whatever funds the professor had available—IF she could find a faculty member who would accept her as a grad student.

Jean Weese was that faculty member.

“I chose Gerri because she was an older student, could self-direct, needed little supervision and had experience in the food industry,” Weese says. “Besides, I was an older grad student with two young kids when I went for my Ph.D., so we had some things in common.”

Santos-Norris’ research at Auburn focused on evaluating the safety and quality of non-commercial eggs purchased straight from the farm.

Yes, the courses were challenging, the research rigorous and the dissertation daunting, but Santos-Norris says they weren’t the only reasons she struggled to finish what she had started.

“I was competing with students half my age, for one thing, and I was still trying to be supermom at home,” she says. “The stress was unbelievable.”

Hanging in there paid off. A week and two days after she graduates, she will start her job as senior food technologist in the poultry division of Simmons Prepared Foods in Siloam Springs, Arkansas.

“It’s the first time ever that we’ve moved for my job,” she says.

She is convinced that Simmons chose her over younger, equally qualified applicants because of two major factors.

“They liked that I was mature and wouldn’t see the job as a stepping stone to something better,” she says. “But I’m convinced that Auburn University’s excellent reputation was a deciding factor.”

The move will separate the family a bit. Norris has enrolled at Auburn, working toward a bachelor’s degree in computer software, and Aaron II is a rising sophomore in aerospace engineering. While dad’s program is 100 percent online, the son’s is not. And he isn’t going anywhere.

“When I told the kids about the wonderful job opportunity I had accepted and that we’d be moving to Arkansas, he said, ‘Mom, I’m so excited for you. I know I’ll miss all of you.’”

Although the past four years were exhausting, Santos-Norris says she has no regrets about her decision to aim for a doctorate, in her chosen field, at this stage of her life, and she hopes others will see that it can be done.

“If my story can influence or inspire one person to shake off their fears and doubts and go back to school, I’m happy to share it.”

(In the photo: Gerri Santos-Norris’ husband Aaron, left, and eldest child Aaron II are working toward completing their degrees from Auburn University.)