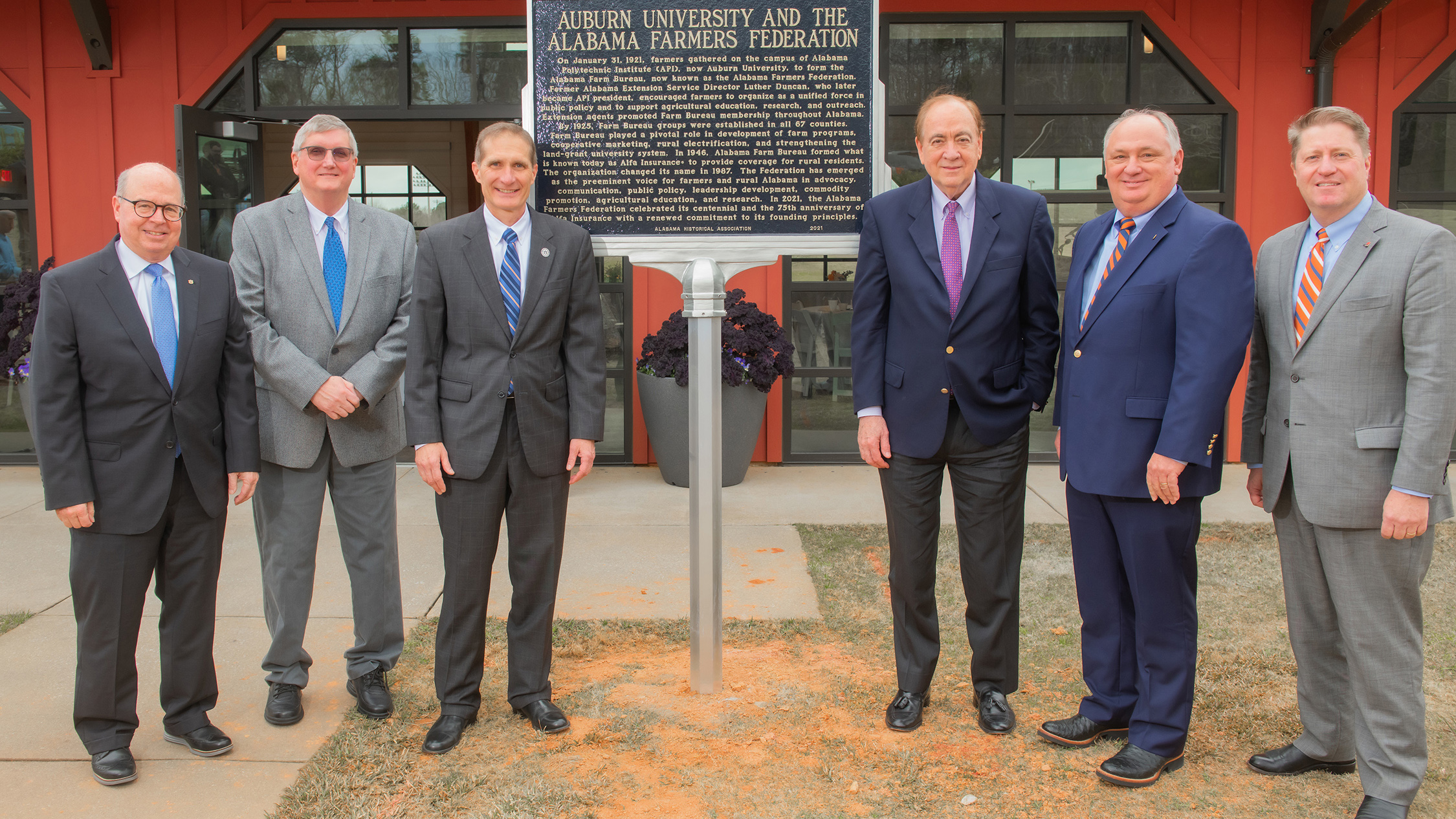 Auburn University and the Alabama Cooperative Extension System celebrated the Alabama Farmers Federation’s recent centennial celebration with the unveiling of a historical marker on Thursday, Feb. 17. The marker was erected at the Alfa Pavilion at Auburn’s Ag Heritage Park.

Alfa President Jimmy Parnell said the marker not only recognizes organization’s centennial but also the men and women who, a century ago, came together “to provide a unified voice for rural Alabama in public policy. These farmers partnered with the Extension System and College of Agriculture to create one of America’s most influential farm organizations. We are proud to continue that partnership today as Federation members provide grassroots input and support for agricultural education, research, outreach and advocacy.”

The historical marker includes recognition of the late Luther Duncan, an early director of Alabama Extension and later Auburn president who was instrumental in founding the Alabama Farm Bureau, now the Alabama Farmers Federation, in 1921. Duncan also was recognized at the Alabama Agriculture Hall of Honor Banquet that night.

“A century ago, our nation had just emerged from a world war, the Great Depression was looming and life on the farm was rewarding but hard,” said Mike Phillips, director of the Alabama Cooperative Extension Service.

“Our forefathers understood that if their children were to have a bright future, they needed to avail themselves of opportunities to learn and insist that their vision and hard work would make the world a better place. This historical marker is a testament to their commitment to future generations and a challenge to us all to follow in their footsteps.”

Officials at the marker unveiling stressed the importance of Auburn’s land-grant mission to serve the citizens of Alabama.

“Throughout its history, Alfa has been vital to this state through its support, outreach and advocacy for farms, farming families and rural communities. We are proud to celebrate this historic occasion with them.”