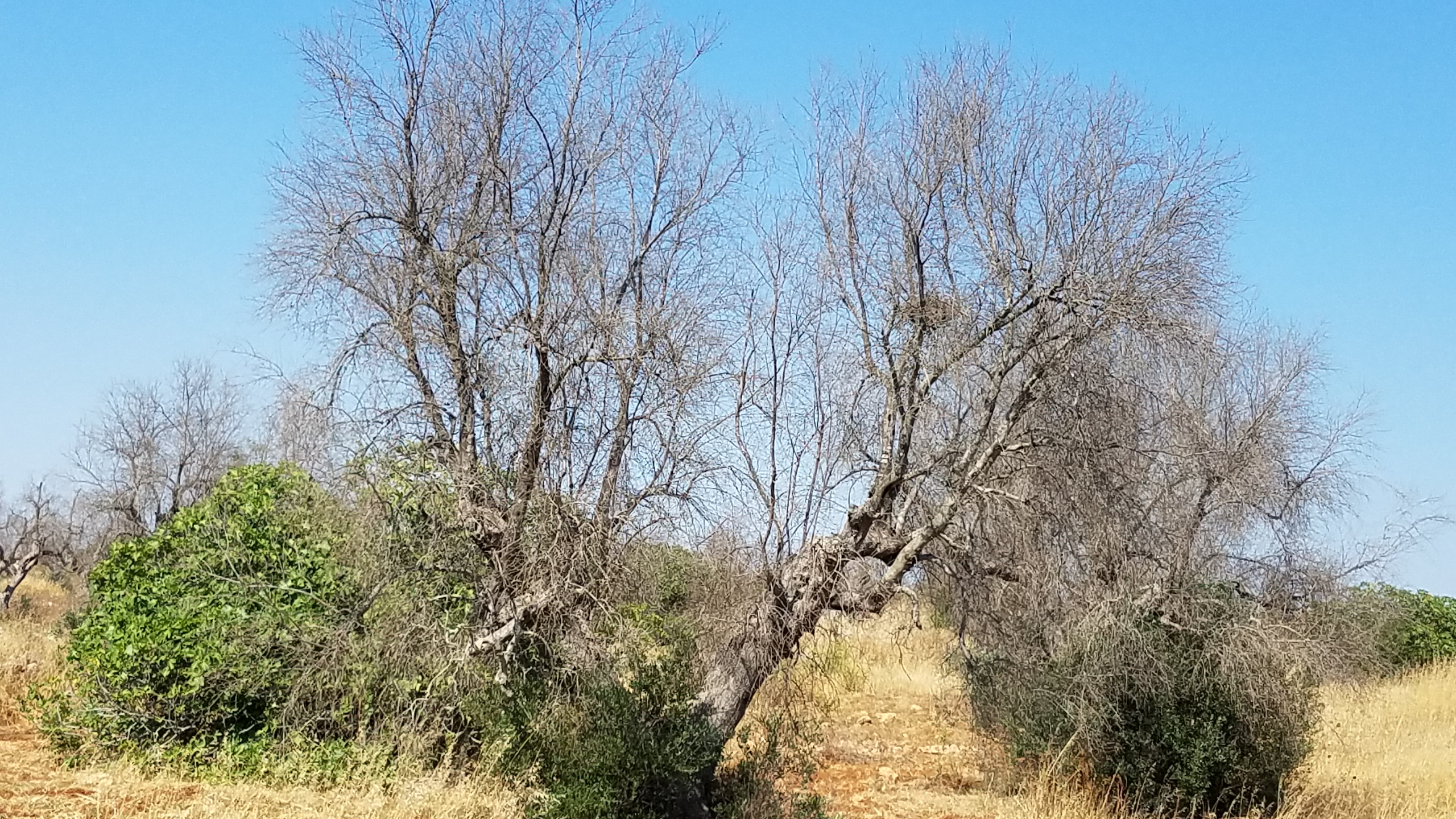 An Auburn University researcher has joined with European scientists in an attempt to decipher the disease process caused by one of the world’s most harmful plant pathogens, Xylella fastidiosa.

The bacterium’s impact has been nothing short of catastrophic in both the U.S. and Europe. Originating in the Americas, Xylella fastidiosa has caused a crisis in the European Union, where the bacterium was first recognized in the southern heel of Italy in 2013. Tens of thousands of gnarled olive trees, some of them hundreds of years old, are withering and dying, destroying the livelihoods of families that have relied on the centuries-old groves for generations.

In California, the disease has evolved into a very serious problem for vintners, causing annual losses of more than $100 million. The European Union has taken a proactive stance to prevent spread of the disease to other regions after seeing the devastation wrought in Italy.

“This disease’s capacity to devastate is amazing,” said Leonardo De La Fuente, an expert on Xylella and a professor in the Department of Entomology and Plant Pathology at Auburn University.

De La Fuente first started studying the plant pathogen in 2005 as a post-doctoral fellow at Cornell University. He said he was fascinated by the bacterium as a “biological problem” and continued his studies when he came to Auburn. Xylella fastidiosa was known for causing Pierce’s disease in California vineyards, and a different subspecies blighted Brazilian citrus trees and coffee bushes.

“At the time, I didn’t know it was going to be a worldwide problem,” De La Fuente recalled.

Xylella had never been seen before in Europe, blindsiding European scientists. They turned to American experts like De La Fuente when their olive trees started dying. In 2014, he was asked to teach a course in Spain about emerging plant diseases. In 2015, the focus narrowed to Xylella.

“There was a lot of interest in learning how to work with it, diagnose it, find it and extract it,” De La Fuente said. “Then we started developing research collaborations, and people were coming to my lab from Spain, Italy and France for help jump-starting their research.”

Italy, Greece and Spain produce some 95 percent of European olive oil, with Italy’s contribution alone worth more than $2 billion each year. Spread of the disease beyond southern Italy would threaten the entire European Union economy. Currently, the only way to completely eliminate the disease is to tear up the trees in the fields and then to aggressively quarantine the area in an attempt to stop the pathogen’s spread.

“I feel like you have to respect this bacterium, because it is very good at causing incurable diseases in plants,” De La Fuente said.

Spanish journalists at first nicknamed Xylella fastidiosa the Ebola of the plant world. Since the COVID-19 pandemic, however, coronavirus seems the better human counterpart. Dying trees and devastated groves had a psychological impact on people, with conspiracy theories taking root and growing. Italian prosecutors even opened an investigation into the scientists who first identified Xylella as the cause of the dying trees—in part because they failed to stop spread of the disease.

“People didn’t believe it was real and they didn’t want to do anything,” De La Fuente said. “People were going on TV saying it was a hoax, claiming that developers were destroying trees so they could buy cheap land. Some scientists who wanted to be in the spotlight were not methodical in their research, rushing to publish. Everybody seemed to have a solution, and they were belittling other people’s opinions.”

Part of the reason Xylella is so pernicious is that it is capable of attacking such a wide variety of plant species. In addition to causing disease in California grapevines and Brazilian citrus and coffee plants, different subspecies of Xylella cause disease in pecan and almond trees and blueberry bushes.

These high-value crops can take years before they become productive, destroying the livelihoods of farmers and causing massive economic damage. In scenic wine- and olive-producing regions, the financial loss from destruction of the crop is exacerbated by the loss of tourism fueling local economies. Replanted wine grapes or olive trees, as well as pecan and almond trees and blueberry bushes, can take years before they become productive.

Genetic analysis suggests a Central American origin for the bacterium, which was introduced to California over a hundred years ago. Infected ornamental coffee plants imported from Central America, possibly decades ago, probably caused the European outbreak. Many plant species harbor the disease but are asymptomatic.

The pathogen is spread by sap-sucking insects such as leafhoppers, spittlebugs and sharpshooters, and lives only in the mouths of insects and a plant’s xylem system, the system of tubes that circulates water and nutrients from the roots to the leaves. Basically, the pathogen lives only in flowing water and can’t survive in soil or air. The disease process is not well understood, and that is part of what fascinated De La Fuente.

“People make fun of me and say I like difficult systems,” he said.

De La Fuente’s lab works in two areas. First, his team studies the bacterium’s relationship with the nutrients needed by plants and transported in the xylem system, since the pathogen thrives on the very same nutrients plants need to grow. The team has found, for example, that calcium accumulates in infected plants and increases the virulence of the bacterium. They also have found that the plant’s defense response may worsen the disease, in the same way that our own immune systems cause autoimmune diseases by attacking too aggressively. They have identified additional target proteins that may be involved in colonization of plants by X. fastidiosa, as well.

The lab also studies how the pathogen evolves to adapt to different plants, an important focus because the bacterium was not known to be so aggressive until it colonized olive trees. The team has identified, for example, conditions that lead to exchange of genes among X. fastidiosa cells or even X. fastidiosa and other organisms. Only one other plant-associated bacterium, Ralstonia solanaceraum, is able to acquire DNA from the environment and incorporate the genes into its own genome, De La Fuente said. This horizontal gene transfer—sometimes called “jumping genes”— is known to sometimes make bacteria more virulent as well as more efficient in adapting to a host. De La Fuente’s team has identified genes that have roles in the bacterial fitness and pathogenicity, which will lead to recommendations for disease management.

The importance of management

Management is the key, since eradication of the disease remains an elusive goal. Perhaps resistant cultivars of olive trees and other plants can be developed, but in the meantime something has to be done to protect farmers and the economy. To that end, De La Fuente has worked with colleagues in Andalusia, in southern Spain, to protect the olive groves that produce 50 percent of the world’s olive oil.

“They did a great job and worked very fast to educate people,” he said. “They also found a different subspecies in Spanish almond trees and move fast, removing the almond trees. There was some pushback, but people saw the problem in Italy and said, ‘OK, this is real.’”

In Italy, he said, critical time was lost to denial and argument. In Spain, too, scientists were accused of making people worry for nothing, but De La Fuente insists that raising the alarm was necessary.

“If you’re a scientist raising these alarms, though, you never win,” he admitted. “There’s no way to win.”

De La Fuente’s research is funded by internal Auburn University grants, the USDA’s National Institute of Food and Agriculture, the California Department of Food and Agriculture and European sources. His lab is one of four in the U.S. that is part of the European EuroXanth COST action, initiated to foster training and research collaborations among different labs in Europe.

College of Agriculture Assistant Professor Joel Cuffey is the co-author of a paper recently published by the American Journal of Health Promotion that looks at preferences toward different methods of COVID-19 testing. The project came at a time when U.S. COVID-19...