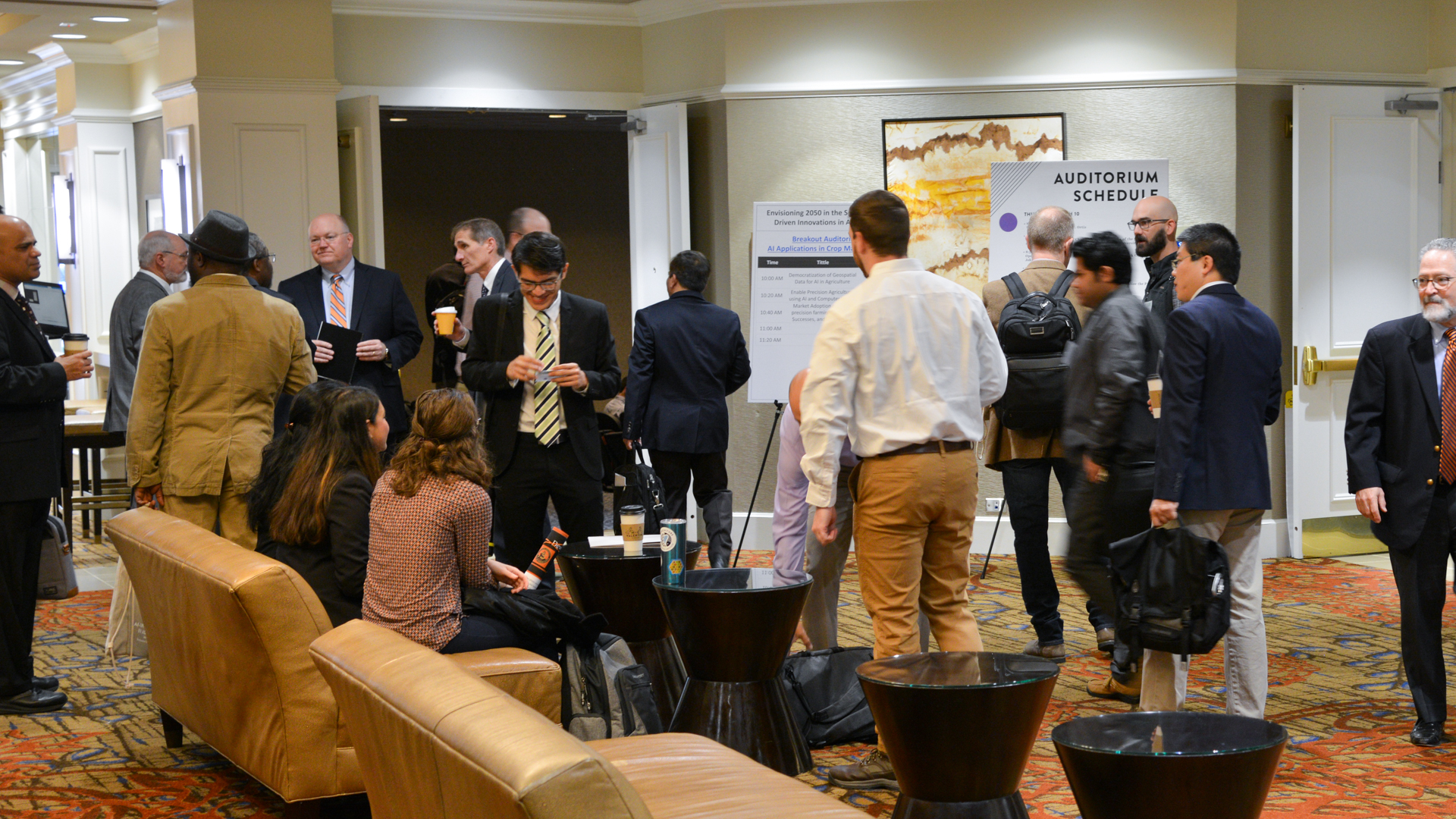 In a groundbreaking, first-of-its kind event, university scientists, engineers, producers, government agencies and industry officials from throughout the Southeast met at Auburn University to brainstorm ways to use artificial intelligence to help farmers.

The bottom line from participants: They can empower farmers and equip farms to increase their economic and environmental sustainability and develop resilient solutions to address climate change by using artificial intelligence, or AI. The key is working together to make sure solutions fit problems and are viable in agricultural systems, from field to fork.

Auburn University President-Elect Christopher Roberts, dean of the Samuel Dean College of Engineering, gave the official welcome to the conference, which he called both timely and inspiring, “given everything that we’ve gone through as a society over the last several years — to know that we’re together today, multiple institutions thinking hard about how to use the cutting edge of artificial intelligence to improve our society is very fulfilling.”

“I am a believer in technology,” Roberts continued. “I’ve devoted my career to it and to think about the topics that you’ll be covering here today and trying to use a data-driven approach and a digital-driven approach to advancing and improving our lives in your fields is wonderful. And it’s interesting to me personally because so much of my time as dean of engineering before I move into my new role has been spent on trying to figure out how to leverage digital approaches and artificial intelligence approaches to everything from autonomous vehicles to my own field of chemical engineering and molecular design and drug discovery.” 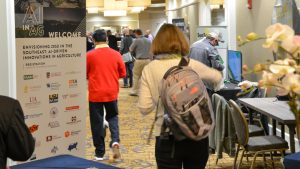 The three-day conference, held March 9-11 and titled Envisioning 2050 in the Southeast: AI-driven Innovations in Agriculture, was the brainchild of Brenda Ortiz, professor of crop, soil and environmental sciences at Auburn; Kati Migliaccio, University of Florida professor and chair of agricultural and biological engineering; and Alex Thomasson, Mississippi State University professor and department head for agricultural and biological engineering.

According to Ortiz, the participating institutions worked together for more than a year organizing the conference, which attracted more than 210 people who registered for in-person attendance and more than 115 joining virtually. Participants from Peru, Columbia, Europe and India attended the conference virtually.

During the conference, participants not only heard about new AI technology developments across the Southeastern United States, they also asked each other whether and how their innovations could be used to improve agriculture. They agreed that producers will agree to adopt their technology if it increases their bottom line and provides time savings or increased efficiency. 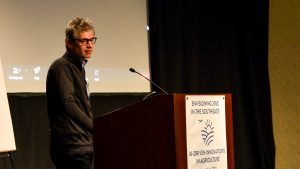 Hendrick Hamann, Distinguished Research Staff Member and Chief Scientist for the Future of Climate in IBM Research and opening speaker for the conference said that, put very simply, agriculture is being digitized.

“But at the end, the hope and the promise of digitization is sustainable growth,” he said.