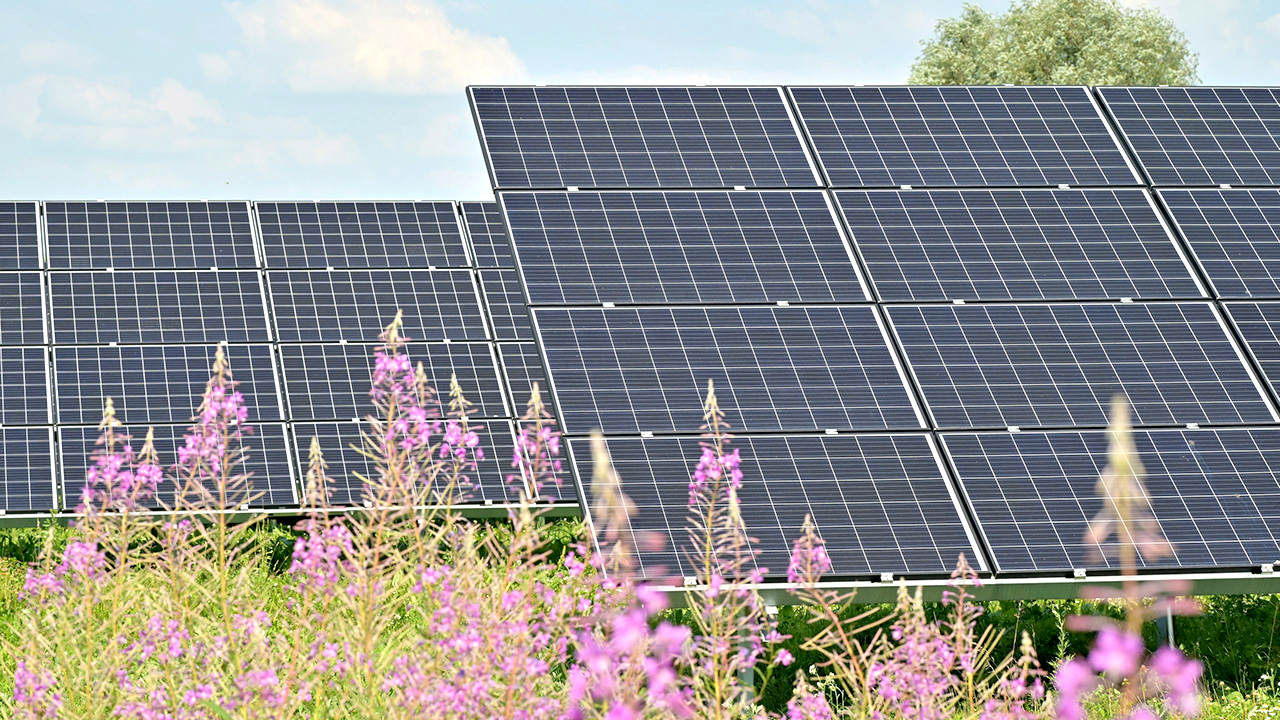 Auburn University researchers in the College of Agriculture’s Agricultural Economics and Rural Sociology Department are participating in a new USDA project to optimize design for “agrivoltaic” systems — fields with both crops and solar panels — that will maintain crop production, produce renewable energy and increase farm profitability.

This $10 million, four-year project, funded through the USDA’s National Institute of Food and Agriculture Sustainable Agriculture Systems program with the University of Illinois Urbana-Champaign as the lead institution, will study agrivoltaics in a variety of land types and climate scenarios.

While solar has become more profitable for land use, concerns have arisen that it could cut into food production. And some counties have now prohibited large-scale photovoltaic arrays from replacing agricultural land.

“For centuries, humans have used the benefits of the sun to produce food and energy — and only in recent decades has humanity turned to harvesting solar for renewable energy,” said Madhu Khanna, the ACES Distinguished Professor of Agricultural & Consumer Economics and interim director of the Institute for Sustainability, Energy, and Environment at Illinois. “But to produce solar energy at the utility scale is land intensive, and cropland is often the most suitable for this purpose.”

Agrivoltaics — co-locating energy and food production — has the potential to reduce this competition for land, Khanna said.

“Our proposed project for Sustainably Co-locating Agricultural and Photovoltaic Electricity Systems (SCAPES) will provide a comprehensive analysis of the transformative potential of agrivoltaics,” she said. “Our goal is to maintain or even increase crop yield, increase the combined (food and electricity) productivity of land, and diversify and increase farmers’ profits with row crops, forage and specialty crops across a range of environments.”

The use of agrivoltaics is growing in Asia and Europe, and there is increasing interest among farmers in the U.S. However, research on the concept has been limited to isolated experimental studies on a few crops in a few regions.

The grant features a combination of research, education and extension sub-awards for Auburn, University of Arizona, Colorado State University, the University of Chicago and the National Renewable Energy Laboratory.

Leading Auburn’s efforts is Ruiqing Miao, associate professor, who as senior personnel in the project will conduct an economic analysis of agrivoltaics.

“Specifically, I will lead the effort to conduct farm-level economic analysis proposed in the project,” Miao said. “I also will analyze the behavioral drivers of agrivoltaic adoption by conducting landowner surveys.”

Miao has successfully developed a numerical economic simulation model that has been used to study land allocation between conventional crops and bioenergy crops for two previous USDA/AFRI funded projects. Dennis Brothers, associate extension professor in the Department of Agricultural Economics and Rural Sociology, serves on the advisory committee for the project. Auburn will receive $349,998 for its role in the research.