Three nondescript structures that for decades have stood on Woodfield Drive just south of Auburn University’s main campus are on the university’s to-be-demolished list, but Department of Poultry Sciences faculty say the buildings have served the department and the poultry industry in Alabama and nationwide well through the years by housing research that has brought major advances in bird health and growth in the industry itself.

The poultry buildings’ bulldozing will make way for the new Performing Arts Center that is expected to open in 2019 on the site, which is located across South College Street from Auburn’s Jule Collins Smith Museum of Fine Art.

The two smaller of the three buildings were built in the late 1950s and provided research laboratories where Auburn poultry-health pioneer Dr. Allen Edgar and his colleagues through the years developed vaccines and procedures that combat common avian viruses.

The third facility, a stark metal structure, has served as the department’s biocontainment lab to use for isolating dangerous and highly contagious poultry disease agents. About 30 years ago, long-time Auburn poultry science faculty member Joe Giambrone renovated the building and optimized it for vaccine research. That included replacing the building’s original laying cages with isolation units necessary for biosecurity and safety.

Giambrone said that early in his career, he worked with Auburn veterinary faculty to isolate mycoplasmas and other important bacteria from several commercial egg laying flocks in Alabama.

“From then on, I worked exclusively on important virus disease of broilers in the Southeast United States,” he said. In partnership with College of Veterinary Medicine researchers, he focused on isolating and characterizing variant serotypes of infectious bronchitis viruses, which cause a common respiratory disease in poultry.

“These variants only produced partial protection by exiting vaccines,” he said. “They were then turned over to various pharmaceutical companies for further testing and possible development of new, more efficacious vaccines.”

This type of research could not have been done on the Poultry Research Farm that has served the poultry department and industry for more than 40 years, Conner said.

“These dedicated buildings provided the facilities and technology necessary for this vital research, which is still relevant to the poultry industry today, to be carried out,” he said.

Of course, Auburn’s plan to raze the buildings so construction of the Performing Arts Center can proceed is not the only force at play. Of import, too, is the continuing project to relocate poultry department’s research facilities to the north Auburn campus. New research houses already have been built at the new Charles C. Miller Jr. Poultry Research and Education Center, and the university is funding the construction of an advanced biocontainment building that will be located about a mile from the Miller Center.

Conner said the new biocontainment building will offer optimal research conditions and provide an outstanding facility that will allow disease and vaccine research to serve the poultry industry well into the future.

“This new poultry health facility complements the state-of-the-art buildings at the Charles C. Miller Jr. Poultry Research and Education Center and represents a significant expansion of the Auburn Department of Poultry Science’s capability and capacity to continue our mission of protecting the commercial poultry industry in Alabama and beyond,” Conner said. 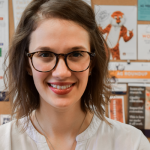