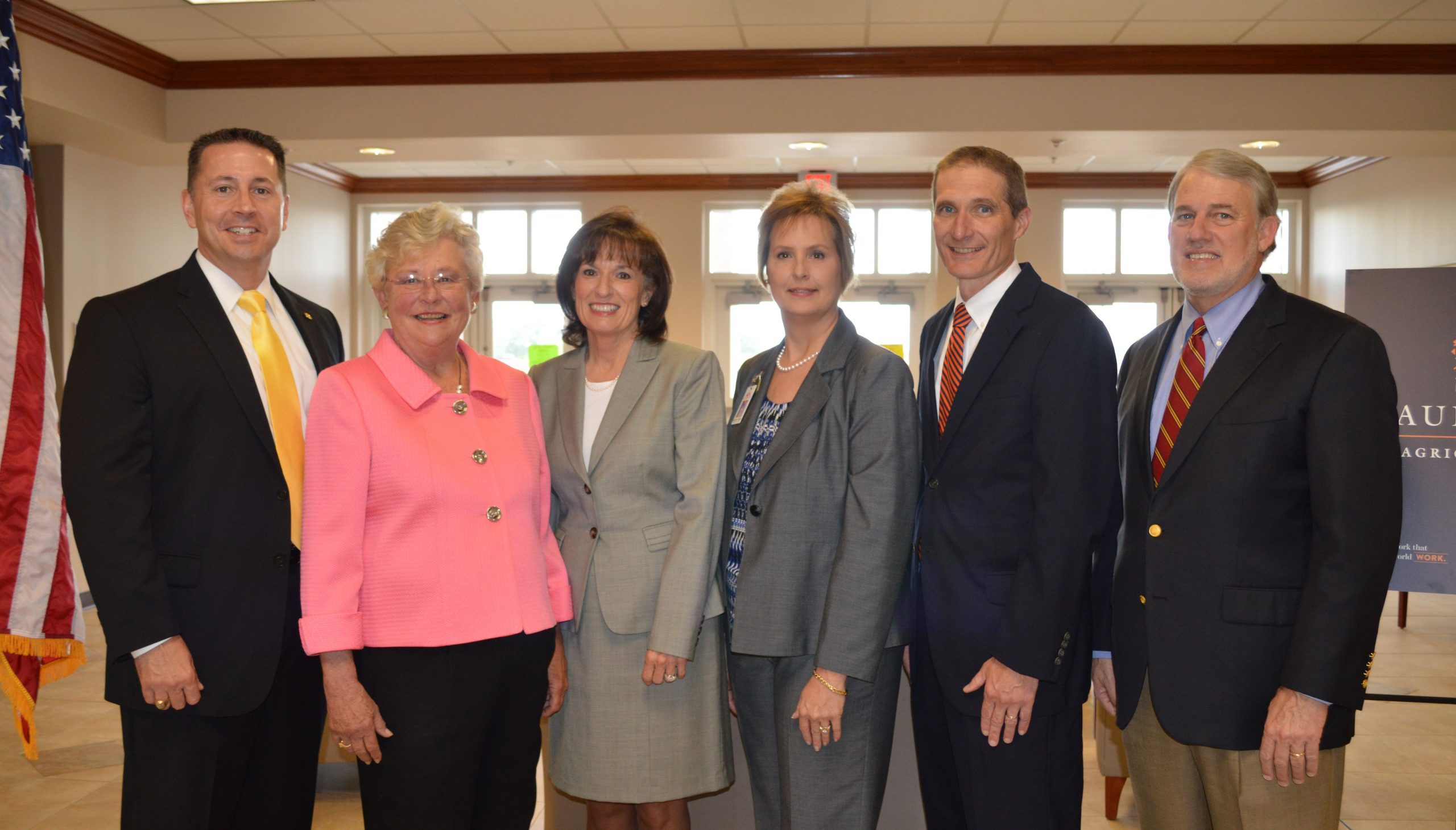 CENTRE, Ala.—Young people in Alabama’s northeast corner now have a fast track to careers in poultry science, thanks to a partnership announced today  between Auburn University and Gadsden State Community College.

A new 2+2 program between the two schools will allow Gadsden State students to complete their freshman and sophomore years at the Cherokee campus and their junior and senior years at Auburn, graduating with bachelor’s degrees in poultry science from Auburn University. During their years at Gadsden State Cherokee, students in the program will complete core coursework, including introductory poultry science classes that will transfer to Auburn.

Working with officials from Auburn and Gadsden State since 2012, state Sen. Phil Williams, R-Rainbow City, was instrumental in the program’s establishment, pointing to its potential to provide new job training and educational opportunities for the residents of Cherokee County. He said he is pleased with the efforts of leaders on both campuses to turn a “rough idea” he proposed two years ago into a reality that will benefit people not only in his district, but throughout the state.

“With an educated and well-trained workforce, Alabama will continue to move forward,” Williams said. “The Auburn/Gadsden State partnership is a part of that forward movement.”

A similar partnership with Wallace State Community College in Hanceville was announced in 2013 and has been a success, according to Don Conner, head of Auburn’s Department of Poultry Science.

“We wanted to build on the success of that partnership by expanding within an area of the state where poultry production plays a key economic role,” Conner said, adding that demand for poultry science graduates is high, as evidenced by the department’s 100 percent job placement rate of graduates for the past several years.

“We are pleased to be working with the Auburn poultry science faculty to bring an innovative program to the students at Gadsden State Cherokee,” said Martha Lavender, interim president of the school. “I believe this type of collaboration benefits both institutions, but more importantly, it expands learning opportunities for our students.”

A $15 billion-a-year industry in Alabama, poultry sales account for 65 percent of annual agricultural revenue in the state. The Gadsden State Cherokee campus lies in the heart of northeast Alabama, the state’s most productive poultry region.