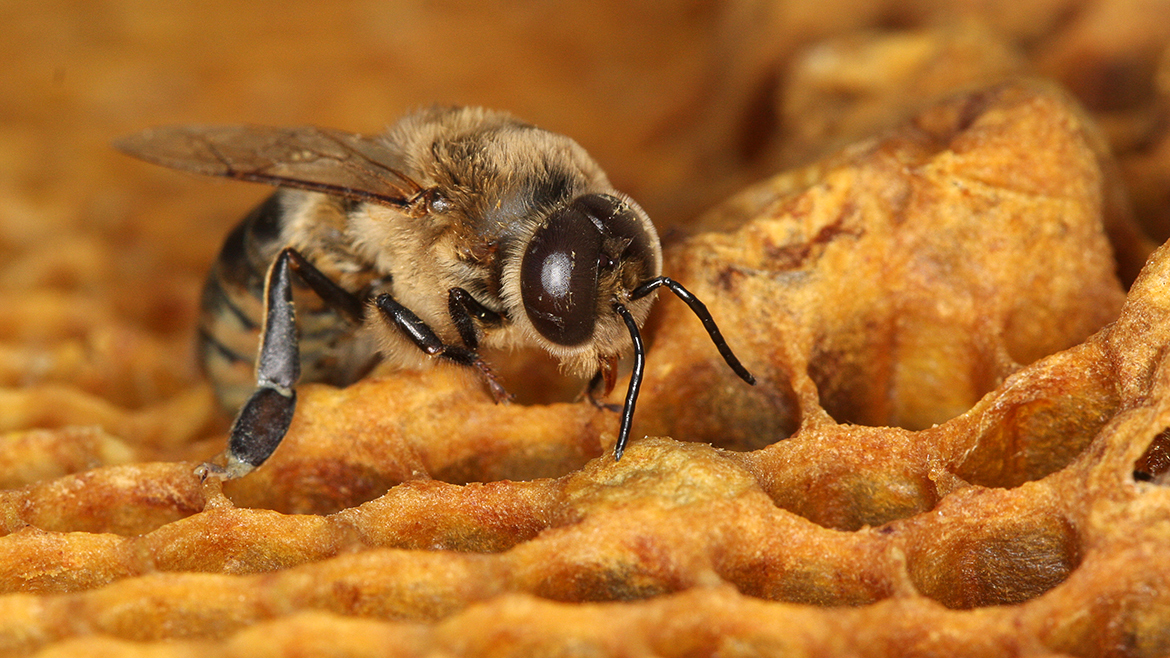 An entomologist whose most recent findings as a senior research associate at Switzerland’s University of Bern suggest that two widely used pesticides act as unintended contraceptives in male honey bees has joined the Auburn University College of Agriculture as assistant professor of insect pollination and apiculture in the Department of Entomology and Plant Pathology.

He is Geoffrey Williams, and the research he and an international team of scientists published last July in Proceedings of the Royal Society of London B: Biological Sciences, could help explain what’s behind the dramatic disappearance of honey bee colonies across the nation and around the world over the past decade.

But before you learn more about Williams’ groundbreaking research, here’s an interesting aside: With his arrival in the States and on Ag Hill in November, the College of Agriculture has its first-ever full-time faculty member focused exclusively on honey bees and pollinator health.

For the college, “ever” means 145 years, and although a few faculty dabbled in bee work in decades past, and although extension has had a statewide apiculture outreach specialist for years—Auburn entomology alumnus and Ohio State professor emeritus Jim Tew has served as such since 1995—“there’s never been anyone here dedicated to honey bee research,” says Arthur Appel, an entomology professor now in his 32nd year at Auburn.

“We’re extremely fortunate to get Geoff,” Appel says. “He comes to us with extensive training and experience in apiculture, he’s a certified beekeeper, and he already has an established and respected research program.”

The study mentioned above is a case in point. In it, Williams and an international team of apiologists zeroed in on a class of nicotine-like insecticides known as neonicotinoids to determine what affects, if any, field-realistic exposure to the pesticides have, not on honey bees in general, but on male honey bees, aka drones, in particular.

‘We know that many environmental stressors, certainly parasites and poor nutrition, can affect honey bee health, but it’s possible that agricultural chemicals play an important role, too,” Williams says.

Williams wasn’t born with a bee fetish. His was an acquired fascination that began in his undergraduate years as an animal biology major at the University of Alberta in his home country of Canada. From the broad scope of animal biology, he was especially drawn to the areas of entomology and ecological parasitology.

On his way to a Ph.D.—which he completed at Dalhousie University in Halifax, Nova Scotia, in 2013—he studied an exotic parasite that had begun affecting Canadian honey bees, investigated pesticide risks in honey bees and monitored honey bee diseases in his country as well as in Minnesota and Arizona. He went to Switzerland as a postdoctoral research fellow and rose through the ranks to senior research associate.

Williams and wife Stephanie Rogers, both Canadians, moved to Auburn last fall, and, after eventually making their way through the wads of red tape involved in obtaining Social Security numbers, he officially joined the Auburn faculty Nov. 14, and she assumed a position as a geography instructor on campus in January.

Williams has found himself in an unusual spot for an early-career young scientist. Since he isn’t inheriting an established honey bee research and academic program, he’s basically starting from scratch.

“That is a little daunting when I think about it,” he says, “but it’s also incredibly exciting—paving the path for the future of a respected apiculture program at Auburn. My goal is to make a lasting impression on students about the major importance of pollinator health and honey bee populations.

He will continue aspects of his research program in Switzerland, but his priority will be addressing the needs of Alabama honey bee producers, and the industry welcomes that, says Mac Higginbotham, director of the Alabama Farmers Federation’s Alabama Bee and Honey Division.

“Having a bee and honey researcher at Auburn is critical to the viability and longevity of the industry in Alabama,” Higginbotham says. “We’re excited about the opportunity to discover new technologies and find answers that will improve the health of our bees and benefit the pollination efforts the apiary industry here needs at this time.”

Alabama beekeepers look forward to supporting Williams’ research programs, he says, especially those focused on the colony-loss issue and on increasing honey production and protecting their bees from a deadly parasitic mite that has entered the state.

To keep up with the development of Auburn’s honey bee and pollination program, follow the Auburn University Insect Pollination and Apiculture Laboratory on Facebook, or contact Williams at williams@auburn.edu or 334-844-5068.