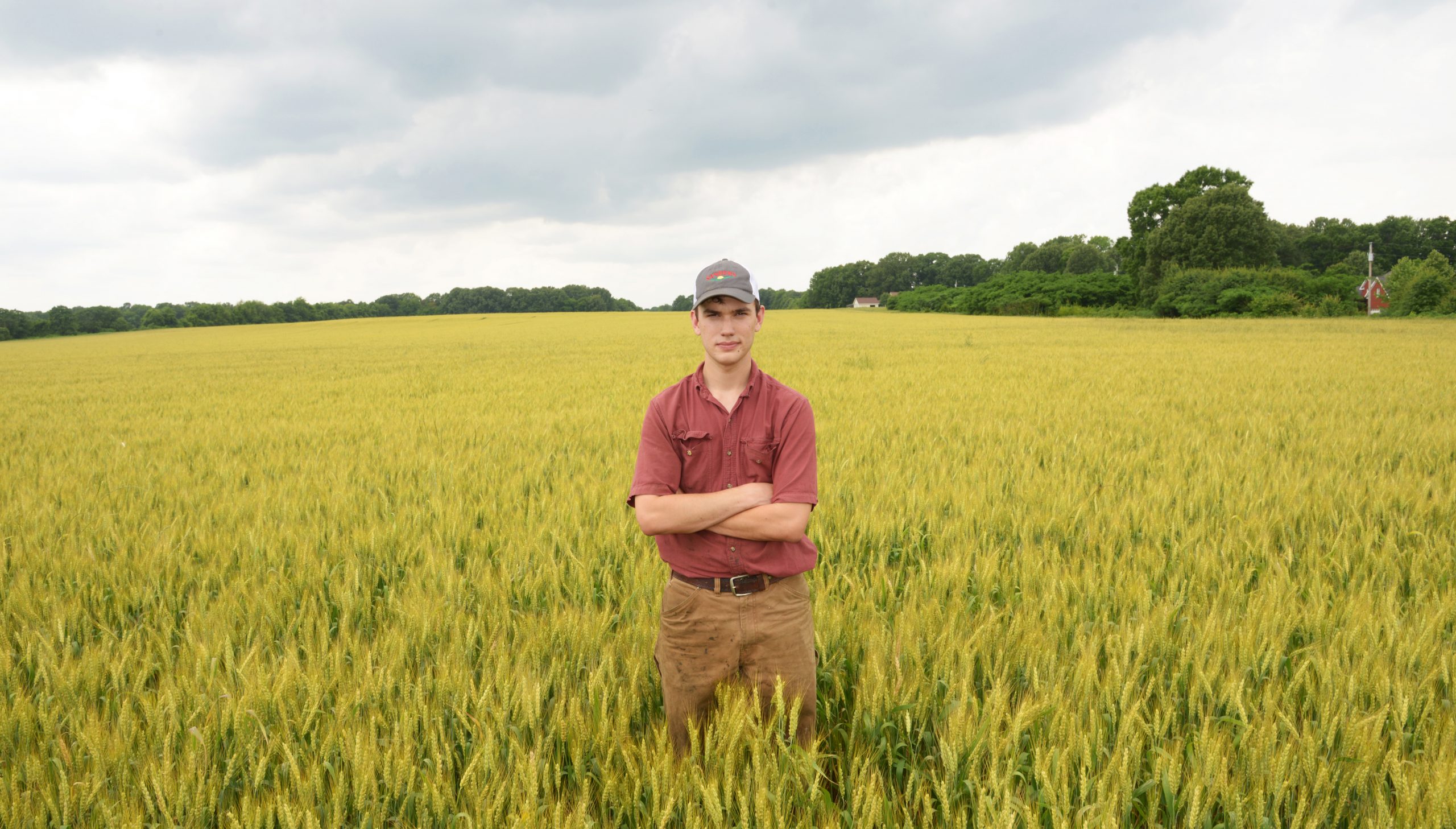 story and video by NATHAN KELLY

Brady Peek graduated from Auburn University at 2 p.m. on Saturday, May 9. At 5 a.m. on Monday, May 11, he became a full-time farmer.

The new agronomy and soils graduate’s farming operation is in the Limestone County community of Elkmont, where he was born and raised, and encompasses 800 acres of leased farmland. He grows corn, soybeans and wheat in 13 different fields, all located in a 30-mile radius of Athens.

Peek didn’t just happen into this situation. He was born into a farm family—his dad had to stop picking cotton mid-field to get his mom to the hospital for his birth—and though his dad transitioned out of production agriculture and into the farm equipment business when Peek was a youngster, the son had farming in his system.

With the support of his parents, Jeff and Kay, he started farming while he was in high school on 100 acres of land he leased from a family friend, and he didn’t miss a beat when he started his college career at Auburn in the fall of 2011. Farming was his weekend job.

“While I was at Auburn, I would frequently come home to plant wheat, plant corn, spray crops or work on equipment,” Peek says. “I would come home at least once every three weeks. As soon as I got out of class, I would hit the road, get home in time to get my planter and tractor to the field, load it up with seed and plant for a short Friday afternoon of work.

“On Saturday morning I was back in the field, trying to get as much planted as I could,” he says. “What I didn’t finish on Saturday, I would work between church services on Sunday to get it done and then head back to Auburn.”

His life didn’t slow down at Auburn. In addition to maintaining his farm, he also was a student leader in the College of Agriculture, serving as Ag Council president, College of Agriculture SGA senator, treasurer of both the Crop, Soils and Environmental Sciences Club and Young Farmers and an Auburn University student recruiter.

As a 22-year-old farmer, Peek is in the minority. According to USDA’s most recent Census of Agriculture, farmers 65 and older outnumber those in Peek’s age group six to one. The graying of the nation’s farmers has long been cause for concern for those in the industry, but Peek believes there’s hope.

“I know a lot of my friends who would like to have the opportunity to farm right out of college, but they just don’t have it right now, so I think the future is bright,” he says. “I feel like farming is something a lot of people are gaining more interest in, but many just don’t have the means to do it. We need young people in agriculture. It’s something you can build your life around, and you can see the fruits of your labor.

Still, Peek is realistic. He knows he couldn’t have gotten as far as he has without the help of family and friends.

“I’ve always wanted to be a farmer,” he says. “When my dad quit farming, I kind of wrote off the idea because at that point I didn’t think it would happen, but the dream was always still there. I remembered liking watching my dad farm and I remembered the joy of growing things.

“When I was 16, I approached my dad with the idea of growing crops and he got me in contact with a family friend, which turned into my first co-op opportunity,” Peek says. “And six years later, here I am, living my dream.”