Horses a $2.08 billion industry in Alabama 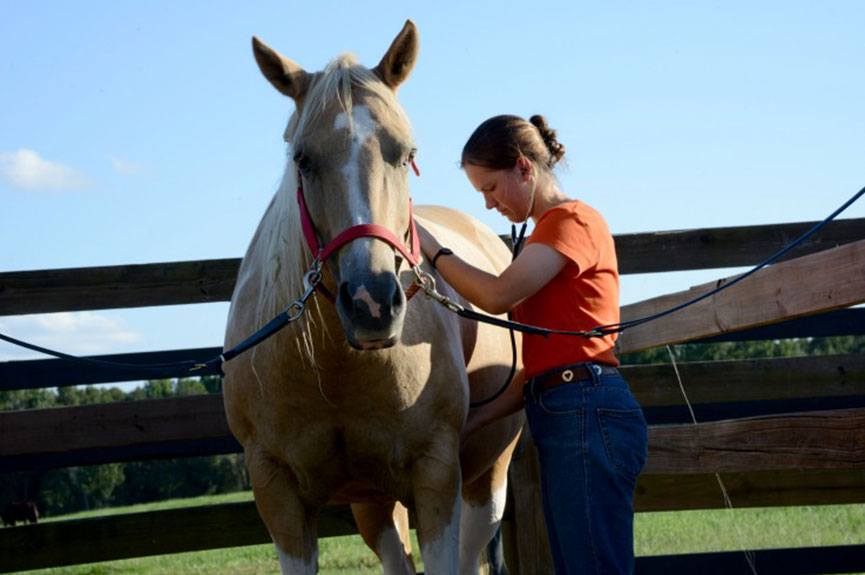 Alabama’s horse industry continues to have a significant impact on the state’s economy despite recent financial blows.

Despite back-to-back economic blows it has endured over the past decade, Alabama’s horse industry continues to have a substantial impact on the state’s bottom line, pumping an estimated $2.08 billion annually into the Alabama economy and contributing, both directly and indirectly, to about 24,000 jobs that represent $706 million in total labor income.

Those were key findings in a detailed economic analysis of the state’s equine sector that Auburn University agricultural economists just completed.

Richburg says she and her advisers designed the project with a dual goal, the first being to determine the total economic impact of Alabama’s horse business in the wake of both a 2005 change in federal horse slaughter laws  and the deep recession of 2008. The slaughter ban was estimated to have cost the U.S. horse industry $65 million in horse meat exports in 2006 alone.

“Nationally, the slaughter ban and the recession resulted in large declines in the number of foals registered in major breed registries,” Wagner says. “We knew the national numbers have been slowly rebounding, but we didn’t have a sense of what was happening in Alabama until we could do our own economic impact study.”

The second goal was to develop a set of budgets for horse owners based on low, moderate and high levels of care.

“No two horse owners spend the same amount of money on their horses, but for someone who’s thinking about buying a horse, the  budgets we developed can at least give them an idea of what horse care and equipment cost and help them figure out if they can afford to get into the business,” Richburg says.

The biggest challenge of the study was getting a handle on the state’s horse population, Richburg says.

“You have two categories of horses—farm horses and those used for recreational and companion purposes,” Richburg says. “USDA’s Census of Agriculture was our source for the state’s farm horse population, but it didn’t take into account the larger category of companion animals.”

To calculate that number, Richburg relied on a national pet demographics survey that the American Veterinary Medical Association conducted in 2012 and by extrapolation pegged Alabama’s total farm and companion horse and pony population at just under 154,000.

The new analysis, which is based on 2015 data, comes just 10 years after a similar economic impact study of the state’s horse industry, which determined that horses were a $2.4 billion industry in Alabama. But Duffy cautioned against comparing that study’s results to the more recent analysis for two basic reasons.

“For one thing, the 2005 study indicated the state had roughly 187,000 horses at that time, or about 33,000 more than today,” she says. “Also, the economic impact assessment software available today is more sophisticated than what could be used then.”

Wagner, who also is current president of the Alabama Horse Council, says the latest analysis provides the horse industry another much-needed statistic.

“This information also gives us a much better estimate of the number of jobs in the state associated with the horse industry,” she says. “When you consider feed store employees, facility managers, equipment sales reps, marketing professionals, hay and grain producers and others who supply products or services to horse owners, you see the impact the industry has on people’s economic well-being and on Alabama’s overall economic health.”

The study was supported in part by the Alabama Horse Council.