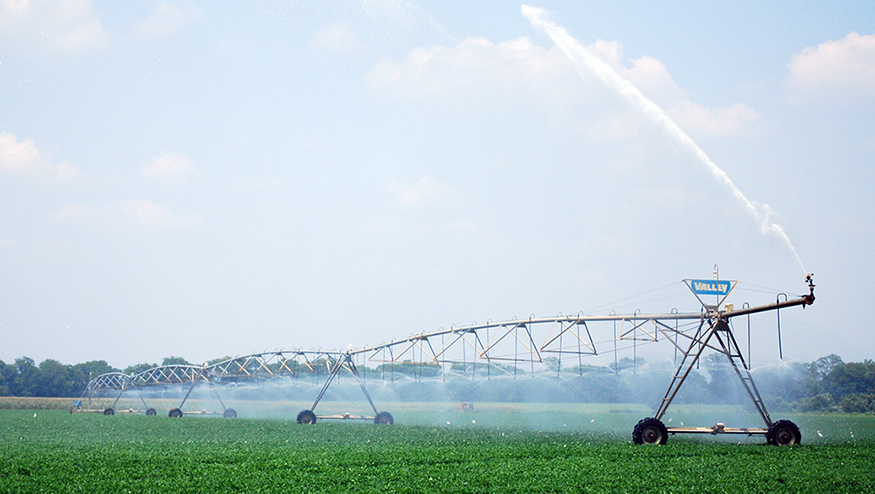 Freshwater is essential for life on earth. It also is a finite resource and must be safeguarded from pollution and waste. Scientists with the Alabama Agricultural Experiment Station are conducting a number of research projects focused on water quality and conservation.

Agriculture accounts for about 80 percent of ground and surface water used in the U.S., mainly in the form of irrigation. Two horticulture faculty members in the College of Agriculture are investigating ways to reduce water consumption in Alabama’s thriving green industry. In one study, Professor Amy Wright is exploring the possible use of greywater—water that drains from showers, bathtubs, sinks and washing machines—to irrigate ornamental crops in nurseries and greenhouses. And in another study, Wright colleague Adam Newby is examining alternative watering techniques for container-grown nursery crops that are planted in pine bark or other soilless media. Ultimately, Newby will develop economically and environmentally sustainable irrigation-control practices for the ornamental plant industry.

Helping farmers get “more crop per drop” is the overarching goal of a study that AAES biosystems engineer Mark Dougherty and collaborators in 14 other states and Puerto Rico. The project focuses on micro-irrigation as a way to reduce nonproductive water use in irrigated agriculture and, at the same time, optimize crop production. Dougherty’s work includes conducting experiments and collecting data on the use of fertigation, a practice in which fertilizers are applied on row crops through subsurface drip irrigation systems, on cotton and corn crops in Alabama. Among the project’s expected outcomes will be the development of grower publications related to fertilization through drip systems.