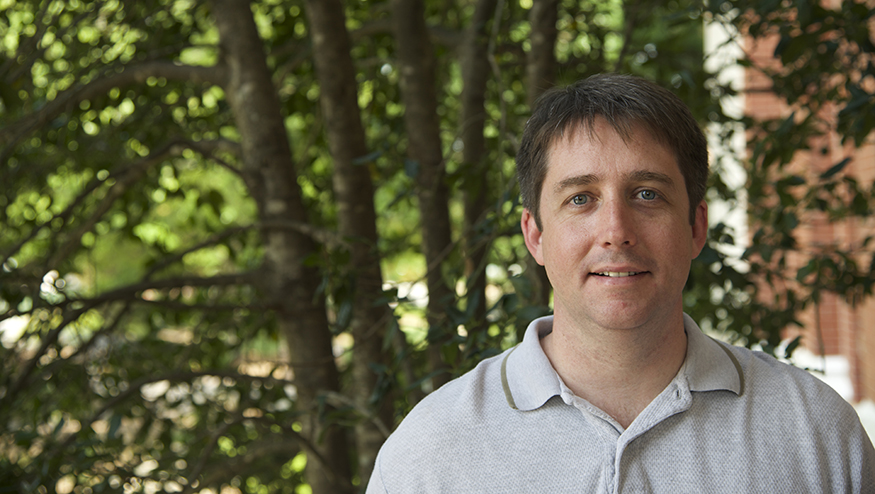 Jeff Coleman, a mycologist in Auburn University’s Department of Entomology and Plant Pathology, has been awarded a $268,000 grant from the National Institutes of Health to identify and study the genes within two species of fungi that can cause potentially deadly infections in humans.

Mycology is the branch of biology dealing with fungi, and in his new two-year NIH study, Coleman is focusing on members of the genus Fusarium. Though a common culprit in plant diseases, this group of fungi also can impact people. In healthy individuals, these species—Fusarium solani and Fusarium oxysporum—may manifest as localized skin infections, but in people with weakened immune systems, they can lead to fusariosis, a life-threatening infection that can spread through the body and bloodstream.

Recent research has indicated that these fungi may have extra chromosomes not found in other, closely related Fusarium species. Coleman’s key objective is to identify the genes, including those on the supernumerary chromosomes, that could play a role in the development and severity of fusariosis. He also will explore the genetic mechanisms that give the species a high level of resistance to clinically used antifungal agents.

In the immunocompromised who contract fusariosis, the mortality rate is extremely high. Coleman’s discoveries could lead to the development of new prevention and treatment strategies.

Before joining the Auburn faculty in August 2014 as an assistant professor, Coleman had a joint appointment as a research scientist at Rhode Island Hospital and assistant professor at the Warren Alpert Medical School of Brown University.