A team of Auburn University research entomologists probing the molecular processes that lead to insecticide resistance in mosquitoes has determined that a family of signaling molecules known as G-protein-coupled receptors controls the genes associated with resistance development in mosquitoes.

“Understanding the molecular basis of insecticide resistance in mosquitoes is fundamental to developing new strategies for controlling mosquitoes and protecting public health effectively,” said Ting Li, lead researcher on the study, which was conducted in Auburn entomology professor Nannan Liu’s lab. Li also was lead author of an article about the project and its results that was published in the online journal, Scientific Reports.

“Our findings provide a framework and a new avenue to further characterize these protein molecules and their regulatory pathways in mosquitoes and other insect species and to clarify their functions in the regulation of resistance genes in general,” Li said.

Diseases transmitted by mosquitoes—from malaria and dengue fever to West Nile virus and Eastern equine encephalitis—kill more than a million people worldwide annually. For decades, insecticides, primarily pyrethroids, have been the most important weapons in the battle to control mosquito populations and thereby reduce vector-borne disease. The prolonged and widespread use of such chemicals, however, has allowed mosquitoes to build up resistance to insecticides, resulting in a resurgence of mosquito-related diseases in many parts of the world.

The Auburn research team’s discovery of the regulatory power of protein molecules on resistance genes opens a new dimension in the study of insecticide resistance in mosquitoes and could provide molecular markers for constant surveillance of many other insect species.

From exploring the viability of new crops such as hemp and grapes to protecting traditional crops such as peanuts and cotton, the College of Agriculture’s Production Agriculture Research, or PAR grants program, is working to provide immediate solutions...

By Jacqueline Kochak An Auburn University researcher has joined with European scientists in an attempt to decipher the disease process caused by one of the world’s most harmful plant pathogens, Xylella fastidiosa. The bacterium’s impact has been nothing short of... 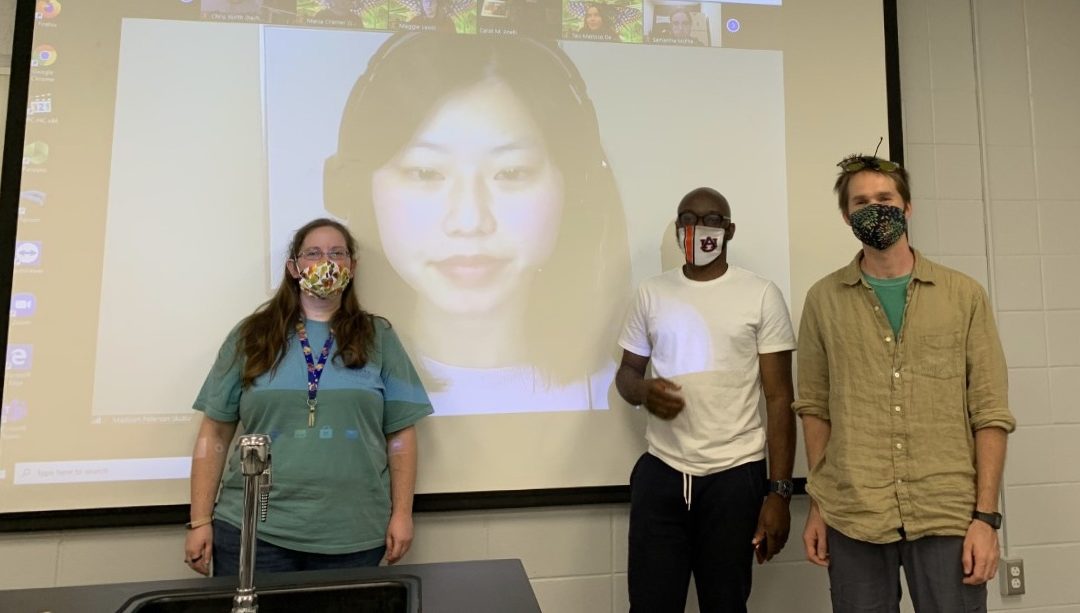