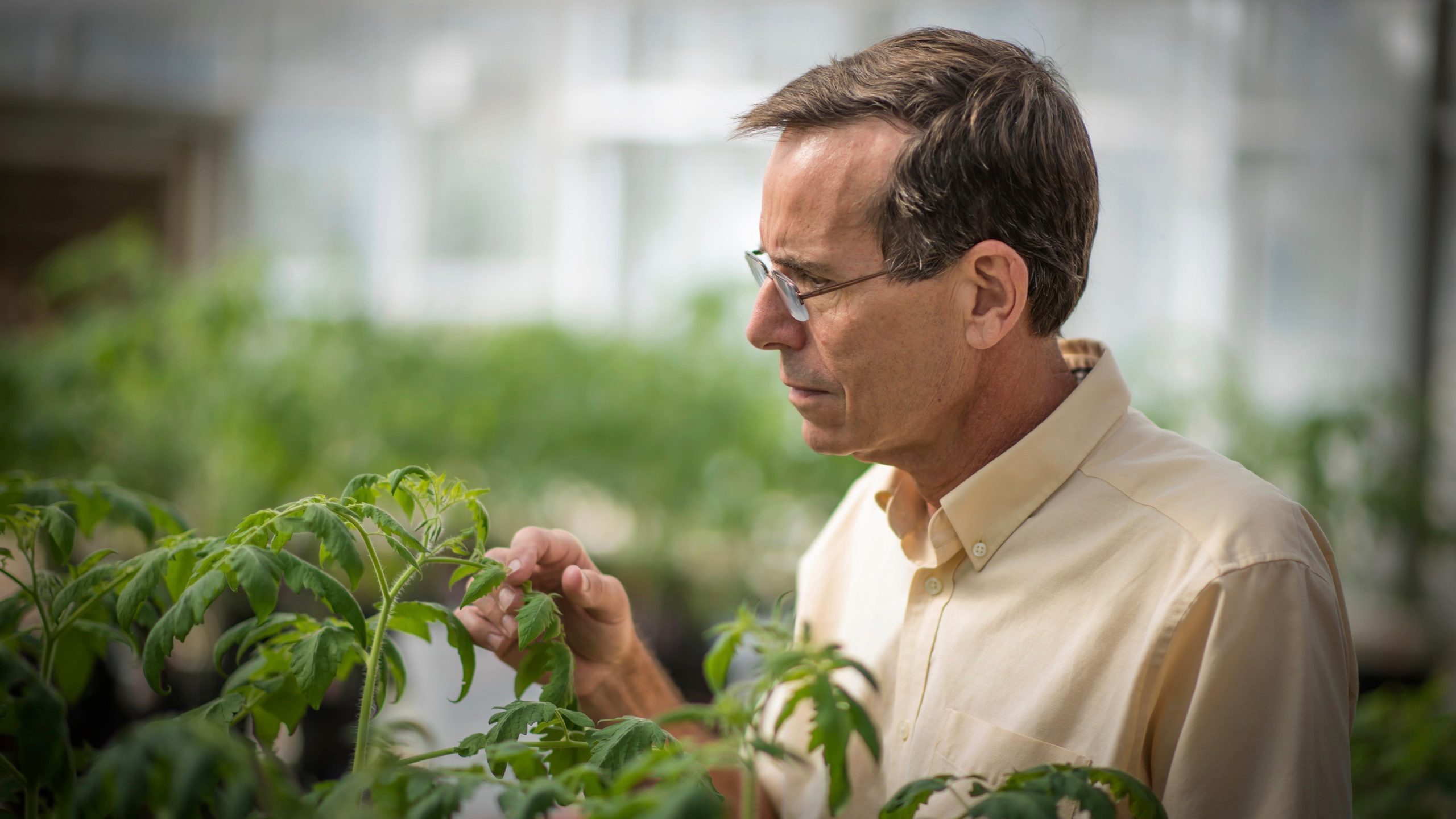 Like a lot of great discoveries, PGPR, or plant growth-promoting rhizobacteria, came about when someone wasn’t particularly looking for it.

“I coined the term PGPR in a publication from my Ph.D. research in 1978,” said Joe Kloepper, professor emeritus from the College of Agriculture’s Department of Entomology and Plant Pathology. “My research assistantship in Berkeley was to work on biological control of potato diseases. While I was testing rhizosphere bacteria for this, I found that some strains had no biological control capacity, but they did promote growth of the potato plants.”

This “unintentional” discovery has evolved into a technology that is becoming a standard input in crop production and has spawned numerous other groundbreaking research projects across several disciplines.
Kloepper — who started at Auburn in 1989 as an assistant professor and officially retired in 2021 after 31 years with the college — focused his research primarily on using beneficial bacteria for promoting plant growth, plant health and nutrient uptake.

The emphasis is on various species and strains of the spore-forming bacilli, because spores of these PGPR remain viable as seed treatments for a long period of time, thereby increasing the opportunities for integrating PGPR into current agricultural practices.

“Many of the agricultural chemical companies have added biological components to their products, and this has enabled Auburn University to have license agreements with major companies such as Bayer,” Kloepper said.

There is a growing acceptance, he said, for using these kind of bacteria as a standard practice in agriculture.

“This is especially true for seed treatments in production agriculture, which is the biggest use of this technology now,” Kloepper said. “These seed treatments are being used for all traditional row crops, including corn, soybeans and others.”

The first applications of these bacteria were made on vegetable crops, with the PGPR being put into the irrigation water on specialty crops in Florida and California.

“But now, with the seed treatments, it has expanded so there’s a lot more acreage being treated,” he said. “Farmers buy seeds, and seeds have various components placed on them, including chemicals, fungicides and insecticides. We’re seeing that more of the companies want to sell farmers seed that have biologicals on them, and that’s where the PGPR comes in.”

The benefits of PGPR fall into two categories, Kloepper said.

“One is that there’s increased growth promotion. If farmers use these in cold soils, there will be quicker establishment of the plant, better root systems and better overall growth.”

Another area of interest for the use of PGPR is in helping with nutrient uptake, or fertilizer use efficiency, Kloepper said.

One PGPR strain has been licensed for use as a biofertilizer and biopesticide in numerous seed and soil applications, and another license is under negotiation with a different company for additional applications.

Kloepper and his colleagues also have developed additional bacterial libraries of strains from long-term crop rotations and other sources. Auburn currently has one of the richest collections of PGPR strains in the world.
PGPR also has shown promise in increasing tolerance to drought, attracting beneficial insects, repelling destructive insects and combating other pests or disease-causing agents, such as nematodes, bacteria and fungi.

Modes of action are being studied and effects on plant growth, plant pathogens and plant-damaging insects are being evaluated in collaborations with other faculty in the College of Agriculture, College of Sciences and Mathematics, School of Forestry and Wildlife Sciences, and the USDA Soil Dynamics Lab in Auburn.

Scientists in the College of Agriculture are interested in how treating plants with PGPR affects the biology and behavior of insect pests of important row and vegetable crops and their natural enemies. A related focus is on the use of PGPR treatments to manage pests of turfgrass and ornamental plants.

Researchers also are studying the chemical, biochemical and molecular mechanisms by which PGPR affect plant-insect interactions. This work has helped to establish that the treatment of plants with specific PGPR strains can result in chemical and molecular changes that will make the plants less attractive to insect pests but highly attractive to their natural enemies.

This research has attracted significant industry funding, supported the training of many graduate students and postdoctoral researchers, and resulted in several high-impact publications and patents, he said.

In addition, this particular project has identified specific PGPR strains with insecticidal activity, which can be used to control certain insect pests and reduce plant damage. Knowledge of the effects of PGPR on plant-insect interactions has contributed to the increased adoption of PGPR products and development of better products, while mitigating against potential negative impacts of these products.

Entomologists have screened 700 of his isolates to look for plant growth promotion and nematicidal activity with the three most damaging nematodes in Alabama crops. Many of these isolates from Kloepper’s collection were identified to have activity toward the root knot nematode and enhanced cotton yields.

The Department of Biological Sciences has been working for many years on the use of PGPR for preventing disease in fish. In an initial study, researchers evaluated a large collection of bacterial isolates from plant rhizospheres — from Kloepper’s collection — to identify those that inhibited the growth of major fish pathogens. They found that the best-performing probiotic strain is effective at reducing mortality due to multiple fish pathogens.

After these studies, a pond study conducted in which fish were fed with control feed versus spores of Kloepper’s PGPR strain showed that coating feed with the probiotic significantly enhanced catfish growth and reduced nitrogen and phosphorus in pond water.

With such promising results for specific probiotic strains in fish, researchers are working on understanding the mechanisms by which these probiotics protect fish from pathogens and improve fish growth performance, as well as ways to enhance their efficacy.

Interestingly, this same Kloepper strain also has been effective in biocontrol of the bacteria that causes citrus canker in tomato.

It was discovered in this study that PGPR strains can use plant-derived pectin as a growth substrate. Importantly, this implied how well the probiotic survives and grows when applied to the seed of a plant or introduced into the gut of a fish.

Also, in collaboration with Kloepper, researchers recently published that the combination of Bacillus velezensis spores together with a pectin-rich agricultural waste (orange peels) can enhance the probiotic effects in soybean and result in dramatically enhanced soybean nodulation. Scientists are now evaluating whether this symbiotic approach — prebiotic and probiotic — can enhance catfish growth while using strains singly or in combination.

Researchers and extension specialists in Auburn’s College of Agriculture are joining forces on a project that could provide a fertilizer alternative to Alabama livestock producers currently using synthetic nitrogen on bermudagrass.

Preliminary data indicate that PGPR may hold promise as an alternative to synthetic nitrogen fertilizer for biofertilization and forage quality enhancement of bermudagrass for livestock. 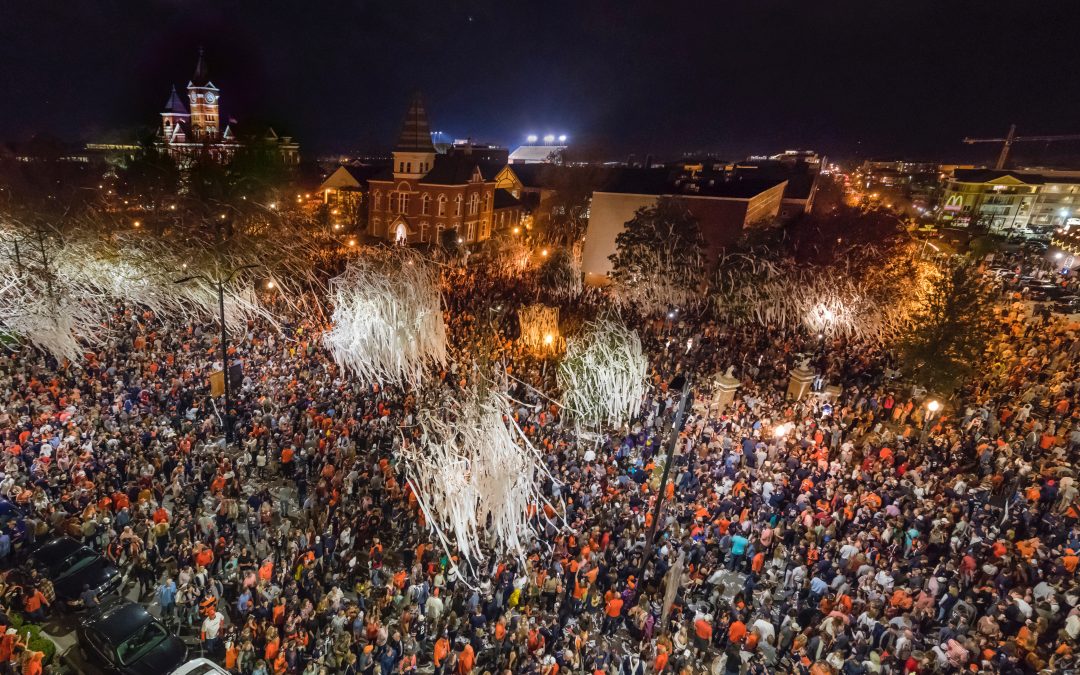 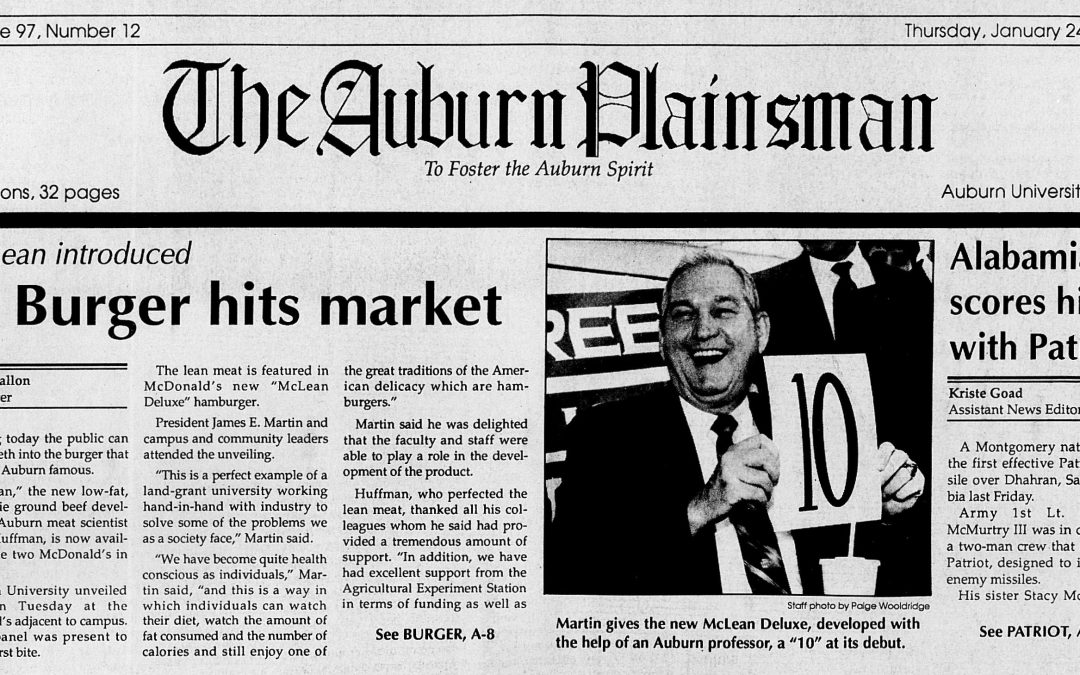