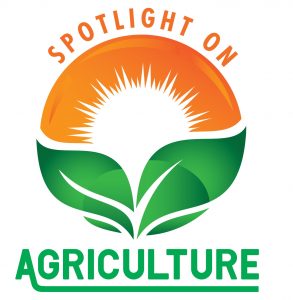 Auburn University research and Extension will be a central focus of “Spotlight on Agriculture,” an upcoming Alabama Public Television documentary series about the state’s agricultural industry.

The series will debut on APT Monday, Feb. 5, at 9 p.m. CST, but the Auburn campus and community are invited to an advance screening of the one-hour program Wednesday, Jan. 30, at 5 p.m. in the Mell Classroom Building, room 2550, on the Auburn campus. The screening is free and open to the public. Refreshments will be served.

“Auburn agriculture experts conduct sound, useful research and put it into the hands of those who can best use it,” Auburn President Steven Leath said. “We appreciate Alabama Public Television producing a series highlighting the role these researchers and the results of their hard work play in society.”

The “Spotlight on Agriculture” documentary series will include at least eight episodes that will air throughout 2018 and 2019.

“I believe this program can help people from all parts of the state understand the importance of agriculture here in Alabama, and can showcase the cutting-edge scientific research being done at Auburn to support the agricultural community,” said Roy Clem, executive director of Alabama Public Television. “It should appeal equally to the people growing and raising our food and the people who are eating it.”

While the series will cover a broad range of agricultural topics, the first episode will feature environmental stewardship within the industry.

It is a topic that Paul Patterson, dean of Auburn’s College of Agriculture, said is vital in 21st-century agriculture.

“Our natural environment and resources give us the basic necessities of life—the food we eat and the water we drink,” Patterson said. “But as our world grows, these resources are being stretched thin. We must take greater care of them and use them more responsibly. Sustainability is crucial, and that is a major focus for us at Auburn.”

Patterson is also director of the Alabama Agricultural Experiment Station at Auburn.

The debut episode of “Spotlight on Agriculture” will highlight Auburn research and Extension programs aimed toward eliminating water pollution for communities, conserving water resources for farmers and maximizing soil quality and productivity through natural, sustainable methods.

Gary Lemme, director of the Alabama Cooperative Extension System at Auburn, said the documentary program will be important in showing how Auburn scientists and professionals are taking agricultural research directly to the state’s farms and communities.

“Extension is ensuring that the research knowledge gained at Auburn reaches those who can use it to enhance crop yields while at the same time safeguarding our most precious natural resources,” he said. “Extension translates scientific research into practical, real-world solutions.”

Auburn’s agricultural programs include instructional, research and outreach components through its College of Agriculture, Alabama Agricultural Experiment Station and Alabama Cooperative Extension System. These programs are central to the university’s founding mission as a land-grant institution.

The United Nations food and agriculture agency’s top negotiator with the U.S. and Canadian governments will challenge the Auburn campus and community to help eliminate malnutrition, hunger and food insecurity worldwide when he delivers the fall 2017 E.T. York...

Fall Roundup and Taste of Alabama Agriculture, better known as Ag Roundup, will celebrate its 38th year on the Auburn University campus homecoming Saturday, Sept. 16. The event will get underway at 11 a.m. at Ag Heritage Park and run until 2 p.m., an hour before...

Auburn College of Agriculture students aim to increase the campus community's awareness of the agricultural industry's impact and importance in Alabama and far beyond during Auburn's 12th annual Ag Week celebration Monday-Friday, March 27-31. The week's activities...