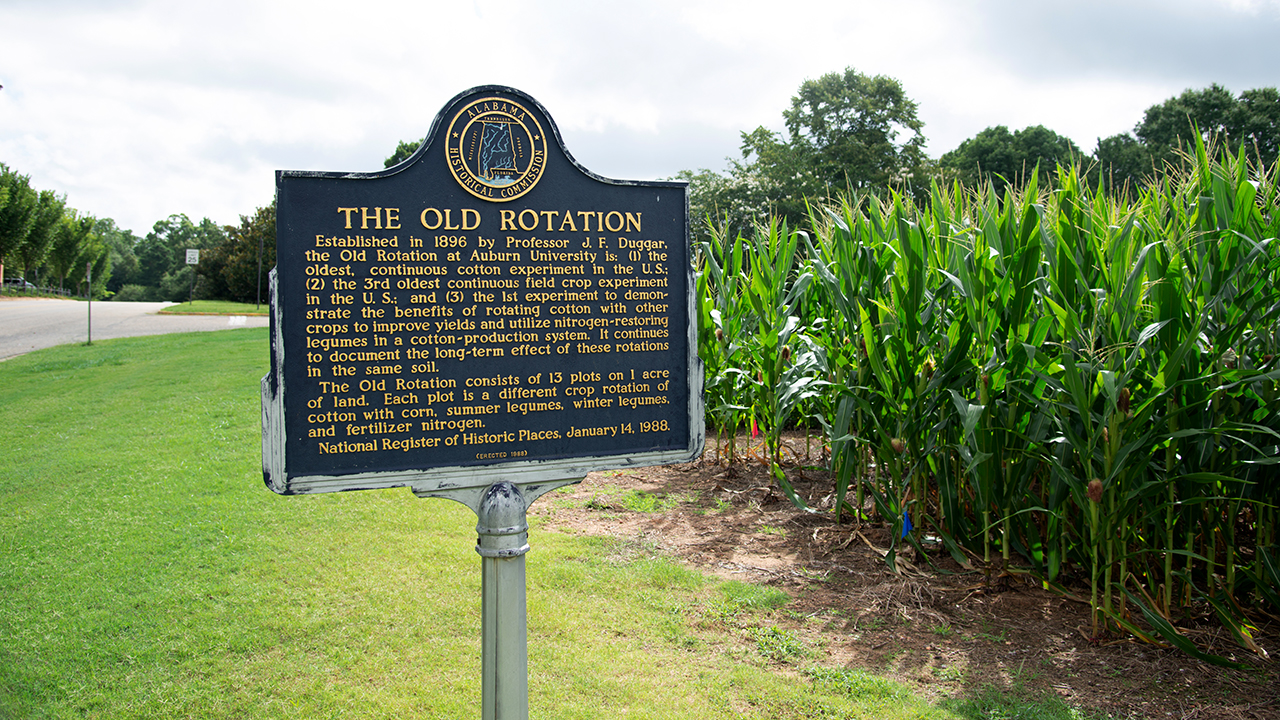 The “Old Rotation”(c. 1896) is the oldest continuous cotton experiment in the world and the third oldest field crop experiment on the same site in the United States*. This rotation also includes rotations with corn, soybean, and small grains and includes winter cover crops, mainly winter legumes. It was placed on the National Register of Historical Places in 1988.

The “Old Rotation” was one of the first experiments to demonstrate and document the value of rotating cotton with other crops and including nitrogen-restoring legumes in the system. Information from this test provided evidence that rotation with legumes could sustain and actually improve yields of cotton and corn in Alabama soils. Data from this experiment have been the source of numerous scientific, popular, and educational publications on cotton production, cover crops, soil fertility, and sustainable agriculture. Because only minor changes have been made in the cropping systems, it continues to document the effect of these systems on productivity, soil and environmental quality, and sustainable agriculture. The “Old Rotation” consists of 6 cropping systems in 13 plots on 1 acre of a Pacolet fine sandy loam (Fine, kaolinitic, thermic Typic Kanhapludults) on the campus of Auburn University in East Central Alabama. The experiment sets on the junction of the Southern Piedmont and the Gulf Coastal Plain soil physiographic regions. 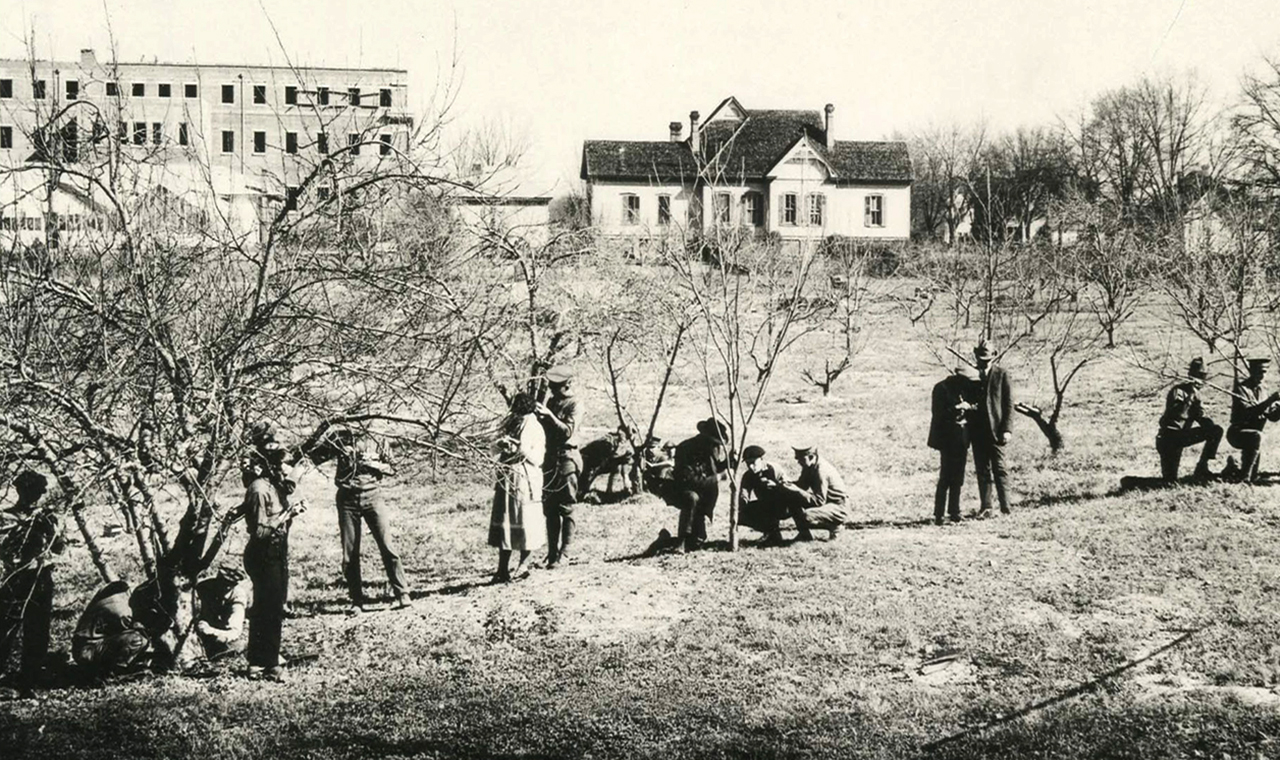 By the late 1800s, most of the arable lands in the Southern U.S. had been cleared for cotton and corn production. Until that time, almost no lime and no fertilizers were used. Basically, most farmers still practiced “slash and burn” agriculture. When the land was exhausted, they moved on to new lands.

However, by the late 1800s, there was no new land to move to. Existing farmland was rapidly eroding away under the practice of plowing the land in the fall and leaving it bare until planted in the spring. By 1910, over 4 million acres of cotton were planted in Alabama and about the same acreage of corn.

Land Grant Universities and Agricultural Experiment Stations were developing new concepts for farming and just beginning to explore scientific agricultural production. In 1896, a young professor at the Agricultural and Mechanical College of Alabama (soon to be Alabama Polytechnic Institute and by 1960, Auburn University), J.F. Duggar, had a theory that “Alabama agriculture would come unto its own when her fields are green in winter.” To test his theory regarding planting cover crops, he began an experiment near campus. Today, Professor Duggar’s experiment is known as the “Old Rotation.”