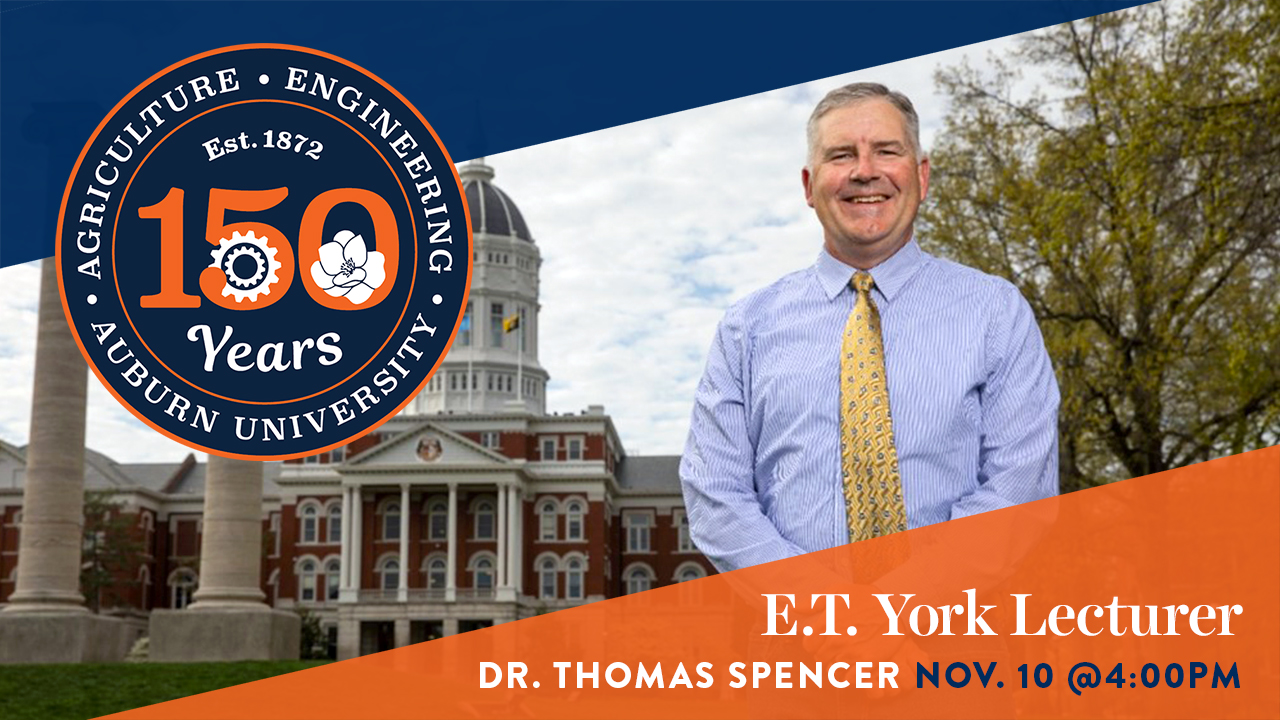 The E.T. York Distinguished Lecturer Series features internationally known speakers addressing issues related to agriculture, food, the environment and natural resources. It was established in the Auburn University College of Agriculture in 1981 through a gift from E.T. and Vam Cardwell York; both are native Alabamians and Auburn University graduates.

Lectures are free and open to the public.