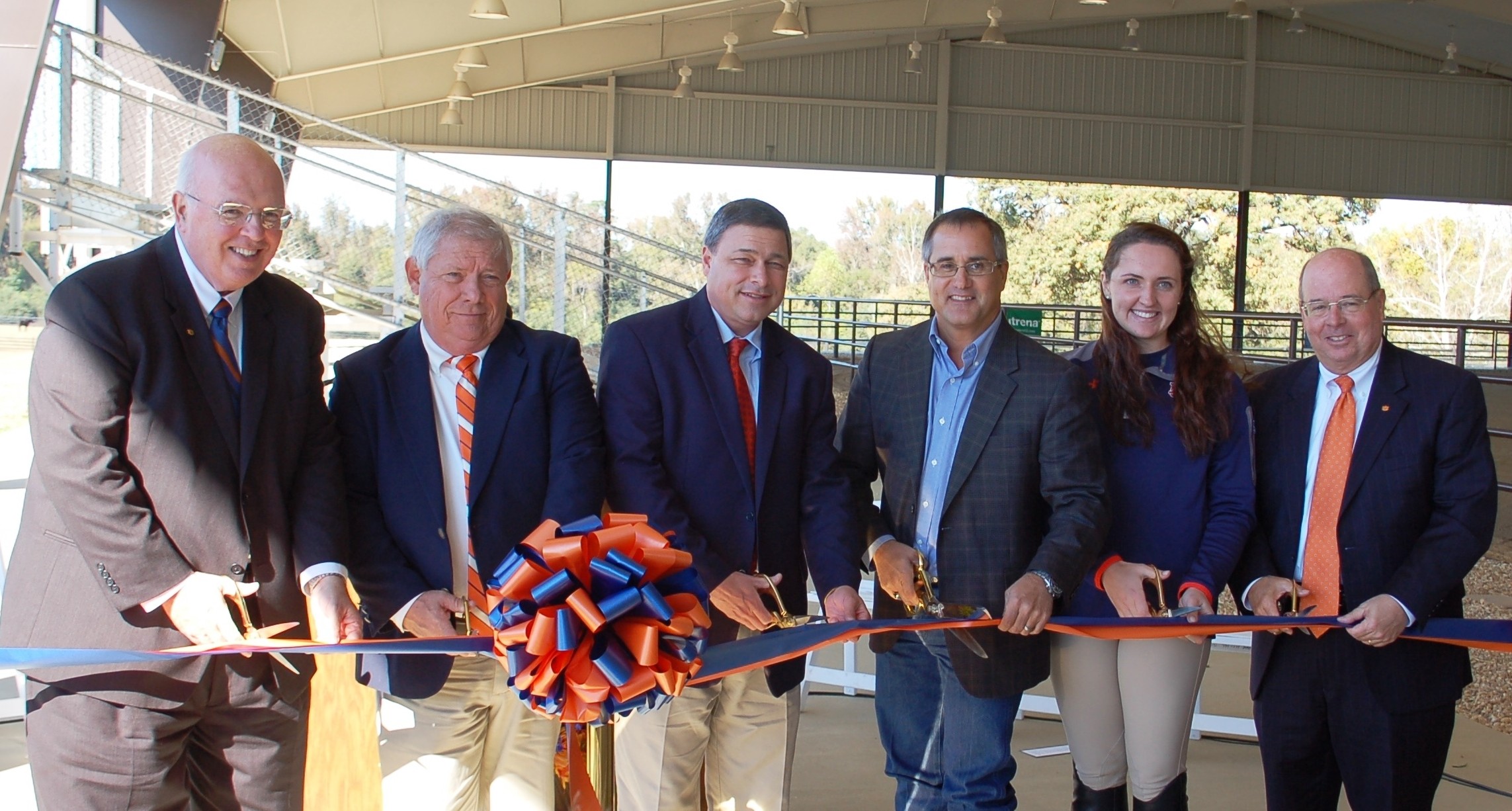 Construction began on the $2 million arena in March and was completed earlier this fall. In addition to serving as “home field” for the equestrian team, the arena will provide educational space for the College of Agriculture’s equine science program.

“This arena is a real testament to the commitment of our faculty, staff, alumni and stakeholders and a good example of Auburn’s athletic department supporting the academic mission of Auburn University,” said Batchelor.

Williams, now in his 17th year as the team’s head coach, thanked the university, athletics department and college for their support of the equestrian program, adding that the arena played a critical role in recruiting future team members. Signing day for those recruits is next week, according to Williams.

Following the ceremony, Auburn took on the Aggies of Texas A&M University. Auburn equestrian is currently ranked fifth in the nation.