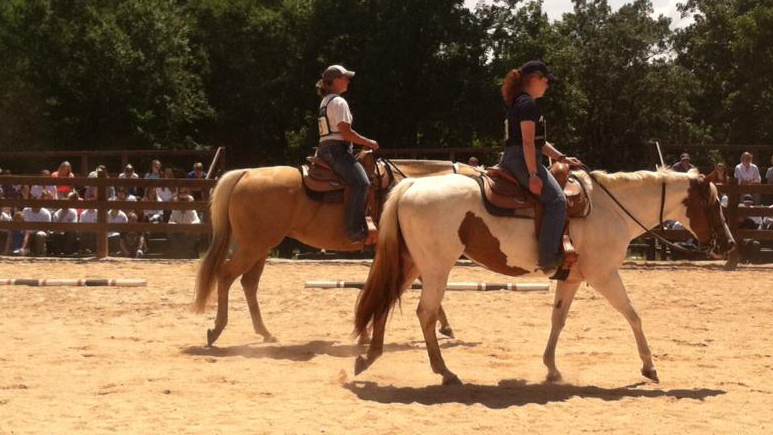 AUBURN, Ala. — The horse industry is alive and kicking in Alabama, playing a pivotal role in maintaining the state’s rural infrastructure and bolstering Alabama’s economy to the tune of $2.39 billion annually.

Those are among key findings of a new Auburn University study to assess the impact of and outlook for Alabama’s equine industry. The two-year study by AU rural sociologist Joe Molnar and animal scientist and Extension horse specialist Cindy McCall was funded by the Alabama Horse Council, the Alabama Agricultural Experiment Station and the Alabama Cooperative Extension System.

That the equine industry is thriving in Alabama is evidenced by the numbers, Molnar said. According to the study, the state’s horse population stands at almost 187,000—that’s up 44 percent from 1997, when the total was 130,000—and one in every 20 Alabama households either owns or leases at least one horse.

“And the horse industry is significant in every county in the state,” Molnar said. “Every county has horse farms and competition facilities.”

That’s especially important as the number of farms declines.

The lion’s share of the almost $2.4 billion in direct and indirect economic impacts is linked to spending on horse care and maintenance, Molnar said. Falling into that category are veterinary services, medications, insurance, feed and bedding.

“I think even horse owners will be surprised at what all of their expenses add up to,” Molnar said.

As reported in the study, about 90 percent of Alabama’s horses are for recreational use only and fall under “economical” regimens of care; even so, their owners spend an average of $8,705 per horse annually.

Another 9.9 percent of the state’s horses are used for light to moderate showing, for competition or as breeding stock; these receive a “moderate” level of care, with expenditures averaging $28,260 annually per horse. For the remaining one-tenth of 1 percent of Alabama horses, classified as high-value animals and used for regional or national showing and competition, owners spend an average of $69,080 annually per horse.

The study also found that:

Major horse shows have a total direct impact of $9.8 million on Alabama’s economy, with indirect effects of $18.7 million.
The American quarter horse is the most popular breed in Alabama, followed by racking horses and the Tennessee walking horse.

More people are involved with horses than is commonly recognized by the institutions that serve agriculture and the recreating public.

Effects of the horse industry are most apparent in rural areas where horse breeding, training and showing often are salient components of local economies.

Alabama, with its mild climate, abundant land, low taxes and low land costs, is ripe for further growth of the equine industry. The study summary urges that the horse industry not be overlooked as a significant component of farming and agribusiness in Alabama.

For more information on the study, contact Molnar at molnajj@auburn.edu.