Helping horses around the globe 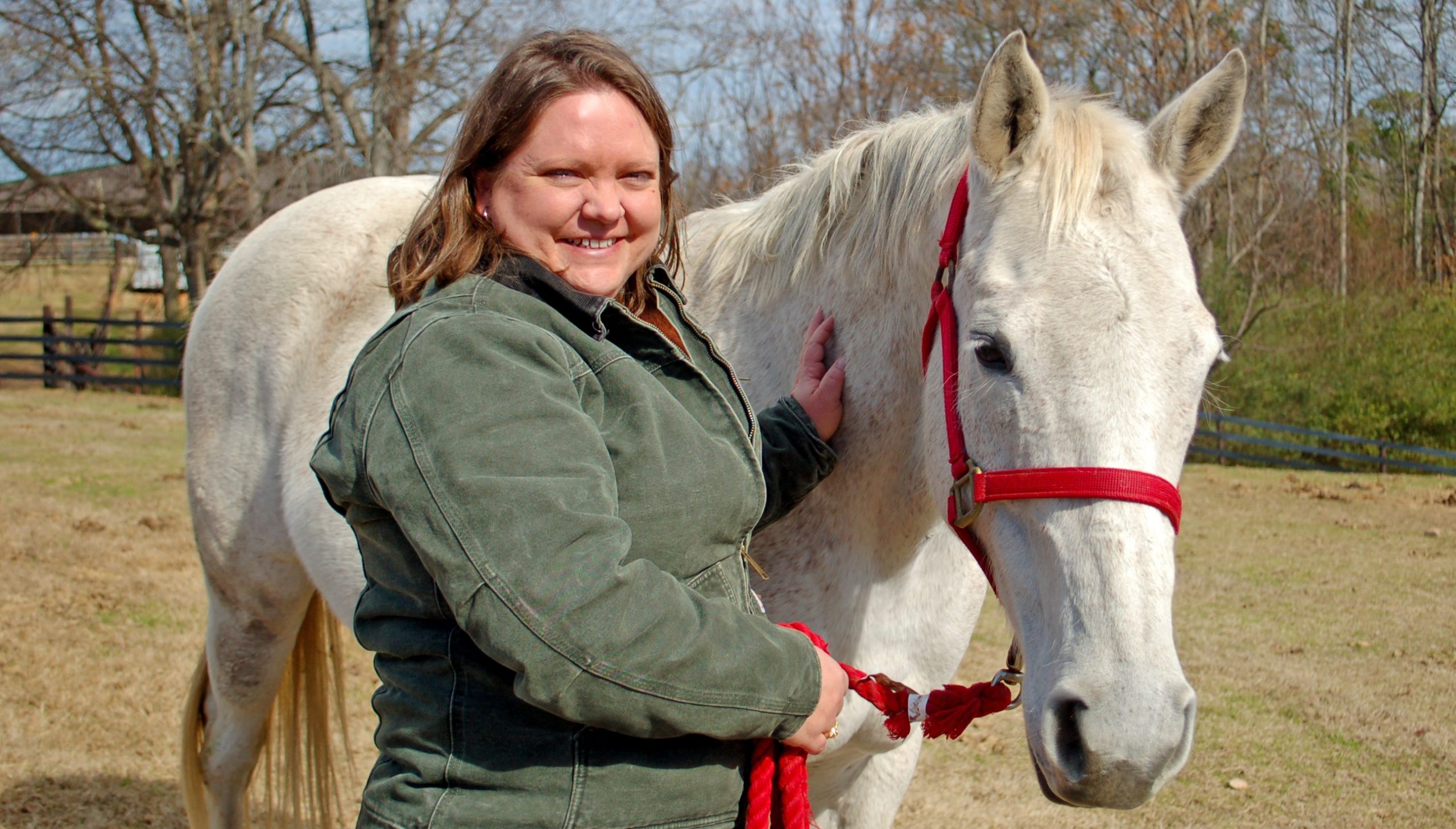 Equine scientist and associate professor Betsy Wagner created a decision-making tool for horse owners that has gone viral on the internet.

Each year about this time, Betsy Wagner starts fielding the same troublesome question from horse owners around Alabama: “When do I need to blanket my horse?”

An equine scientist and associate professor in the Department of Animal Sciences, Wagner is Auburn University’s go-to expert on all things horse-related. She loves studying the science behind everyday challenges like this one, then using that science to help the average horse owner. She’s also a native of Wisconsin and grew up on a farm with horses of her own –horses that, coincidentally, never wore winter clothing, no matter how low the temperature dropped.

“I’ll be driving around [Alabama] and see horses wearing blankets when the temperature is in the 60s,” says Wagner. “Yes, there are situations where a horse does need a blanket, but the majority of horses don’t need one if they are managed properly. A healthy horse adapted to its environment and with adequate shelter rarely needs the extra protection afforded by a blanket.”

Wagner says that horses, like humans, have what’s known as a thermoneutral zone, or a temperature range within which they are most comfortable. While that range is 80-90 degrees Fahrenheit for humans, it’s much lower, 40-70 degrees, for Southern horses with summer, short-hair coats. As daylight hours decrease each fall, horses begin to grow new, thicker coats in preparation for winter, and these are the animals’ first line of defense against the cold. In other words, horses are naturally equipped to handle winter weather and are more comfortable than we are when temperatures drop. But while it seems this would provide an easy answer to the blanketing question, there are numerous other factors to consider.

For instance, horses’ ability to regulate body temperature is affected by age, access to shelter, coat condition and the availability of extra feed. Making matters worse, the issue is muddied when rare weather events occur. That was the case last January when an Arctic blast brought a freak snowstorm to the Southeast. Awaiting the impending storm with a blizzard of inquiries on the topic, Wagner set to work sketching a flowchart to help Southern horse owners answer the question once and for all.

The original flowchart posted on Facebook has drawn interest from around the globe, including some users who asked that it be translated into additional languages.

From the sketch, she created a digital image to share online through social networking sites so horse owners could access it easily. Just two days after she posted the chart on the equine science program’s Facebook page, it had been viewed by 112,000 users and shared 1,500 times from that page alone. Almost a year after the chart was originally posted, it’s been viewed by more than 290,000 users and shared more than 9,000 times, including by multiple national media outlets. In short, the chart has gone viral. Wagner has received numerous requests for a printed version—even from equine enthusiasts in Europe, who requested that she translate it first. She’s now working on creating a printed version, in English only, that she can sell online.

While the science behind equine management is a love of Wagner’s, working with and getting to know her students is the best part of her job.

“They have a genuine interest and passion for horses, which means they are excited to be in class and learn more,” says Wagner. “They come from a variety of backgrounds and experiences, and they will go off to a wide range of careers, but their love of horses is their commonality.”

Learn more about the equine science degree or download the horse-blanketing flowchart on the program’s Facebook page.